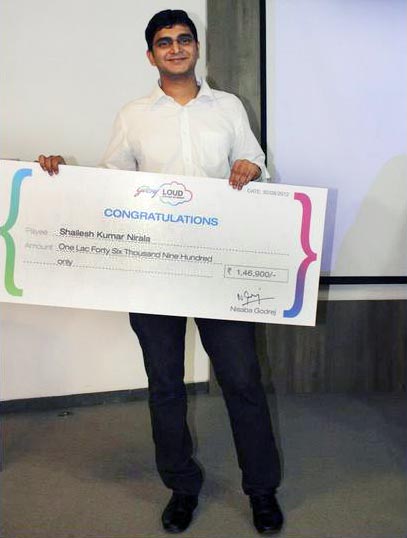 Dhuska village will soon be able to reap the benefits of modern technology thanks to the efforts of Shailesh Nirala.

When Shailesh Nirala was 12 years old he left Dhuska, his village in eastern Uttar Pradesh's Ghazipur district to study in Bokaro, Jharkhand. Home to about a thousand people, Dhuska was as inaccessible and backward as any Indian village in 1992, when Shailesh left the place with dreamy eyes, determined to make something out of his life.

Ten years later nothing much has changed on the ground in his native place but Shailesh is close to achieving his childhood dream. Very soon, this son of a farmer, who is pursuing his first year MBA at Delhi's IIFT, plans to change how people in his hometown -- today Dhuska's population is around 2,200 with as many as 40 graduates -- communicate with the outside world.

What Shailesh plans to do is harness modern technology to connect his village -- from where the nearest cyber cafe is some 25 km away, the closest railway ticket booking centre is 50 km away, and the nearest bank some 15 km away – to the outside world by setting up an information centre that will comprise a Wi-max Internet connection, two computers, a printer, a web cam and a couple of English and Hindi newspapers.

"As soon I find time from my college I will be visiting my village for three to four days and set up this centre which would cost me up to Rs 1 lakh," says Shailesh over the phone. "Once this centre is in place I will hire a person, teach him the basics of operating a computer and train him how to connect to the Internet and help other people in the village access information that they want. I will help queries of people through a web cam once or twice a week and guide them with whatever I have at my disposal. This could directly benefit a pool of about 30 to 40 people," he says.

Though Shailesh always wanted to do something for his village, money was a problem for this third of four children, who has availed Rs 10 lakh education loan from SBI to complete his MBA. Thankfully, Shailesh won the Godrej LOUD contest held in Mumbai recently and was awarded Rs 1.5 lakh for his 'information centre' presentation, ironing out the last crease in his plan to help people in Dhuska connect to the world.

"I enrolled in a government school because of financial issues," says Shailesh of the hardships he faced as a kid. "I was the school topper in Class X so I got a full-time scholarship from Chinmaya Vidyalaya, a private school," he adds. Later he scored good marks in Class XI and earned another scholarship to study in Class XII as well.

Life became more complex after he cleared Class XII, though. After doing his Class XII in science in Bokaro he moved to Patna to study arts.

Because of financial difficulties he had to stop dreaming about being an engineer and appeared for a bank exam to qualify for a job as an assistant at the State Bank of India in Ahmedabad. In this situation he could either continue his studies or move to Ahmedabad and start earning. Without a moments hesitation Shailesh chose the second path.

But Shailesh knew he had to do more to achieve what he had set out to do when he left Dhuska. So he enrolled in a distance-learning programme from Madurai Kamaraj University. Simultaneously he gave tuitions to Class XI and XII students in Ahmedabad to save money for further studies and to send some back home.

"When I was in the second year of my graduation I thought I should prepare for my MBA. I started preparing for CAT and other exams. Thankfully, I stood first in the IIFT entrance exam and without thinking much joined it," he says when asked why and how he opted to do an MBA.

Shailesh, in an interview with Prasanna D Zore discusses how he plans to use the money earned by winning the Godrej LOUD contest, how he motivated himself during tought times and implores to young Indians like himself to lap on to any opportunity they get and build their own world from scratch.

The plan and how it will be implemented 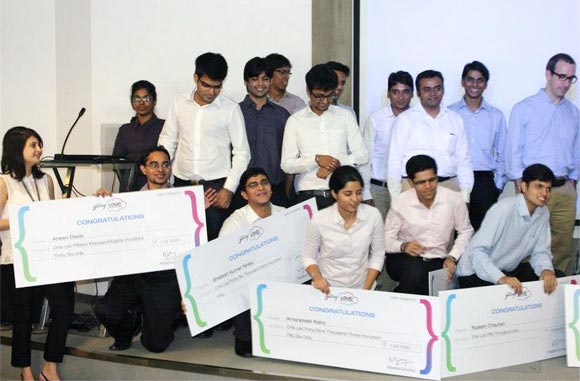 How did Godrej LOUD happen?

Godrej launched LOUD across various campuses in India. We had to present something we wanted to do but could not because of financial constraints. Godrej would provide the winner with Rs 1.5 lakh and we would then have to implement our idea on ground and present a report in another eight months.

I won out of a total 450 applicants, 7 or 8 of them were from B-schools. In all there were seven winners.

My plan is to set up an information centre in my village Dhuska. This is to help young people like me who are eligible to appear for government exams but cannot because of lack of proper information. I spoke with the local BSNL office and made arrangements for Internet services through Wi-Max and with that I would be setting up a kind of cyber cafe which would have magazines, newspapers and run for free for the first year.

We will have to see what to do from the second year but for the first year Godrej is providing us with Rs 1.5 lakh and I have made a complete financial plan. In the second year we would collect money from the villagers or pitch for funding with the government or politicians.

As soon I find time from my college I will be visiting my village for three to four days and set up this centre which would cost me up to Rs 1 lakh. Once this centre is in place I will hire a person, teach him the basics of opearting a computer and train him how to connect to the Internet and help people in the village access information they want. I will help queries of people through a web cam once or twice a week and guide them with whatever I have at my disposal. This could directly benefit a pool of about 30 to 40 people.

'Be honest in whatever you do to earn your livelihood' Plans to electrify your village...

Lot of things related to electricity is already happening there. What I plan to do is provide connectivity. People have cheap mobile phones but they cannot access the Internet on these handsets. People cannot afford to buy Rs 7,000 handsets here. What we need is a public place where we can provide Internet connection 24x7 with a person to provide guidance to them. The road connectivity is really poor there; for anything you need to travel 20 km, be it a bookshop or a bank.

They should think properly what they want to do in life. Living in villages is also not such a bad option. What I feel is if one gets educated to the level of graduation or post graduation and want to move out of their village because of a lack of an opportunity, they should do so if they get any opportunity. They should lap on to any opportunity they get because they will have to build their own world from scratch.

Be honest in whatever you do to earn your livelihood. That is the first thing. My father could have done a lot of things to earn money through socially unacceptable means because the region (eastern Uttar Pradesh is famous for its mafia) where we live is well known for people who have made money that way.

Be optimistic. I might have thought of many reasons as to why I may not succeed because just 18 months ago I was doing three things simultaneously. I was working full time, completing my graduation and preparing for my MBA exam. I had less than eight hours and had to compete with those who had 24 hours to do the same thing. 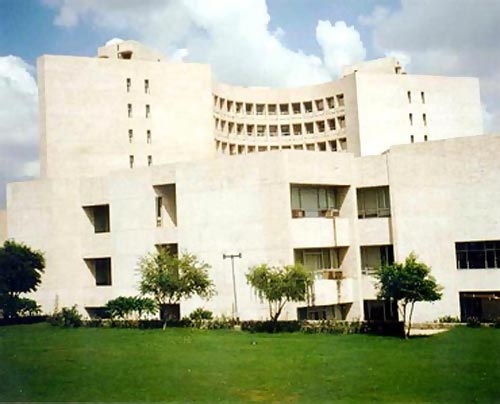 How would you motivate yourself at such times?

I thought I had an interest in it (going for higher studies) when I started it so I knew I had to do it for my own sake. Also, I started working when I was 19 and had to do it to tide over financial problems. The only thing I could have done away with at that time, was my MBA preparation. But I knew it was my ambition so I told myself, no matter what, I have to continue doing all these three things together to achieve my goal.

After completing my MBA I would like to work in a good company in the sense that I get to earn decent money and it comes with a good job profile, save some money and see what I can do for my parents. They are quite old and it is my duty to take care of them.

You don't want to go back to your village and plan to become an entrepreneur there?