'Indian women are the most beautiful race on the planet' 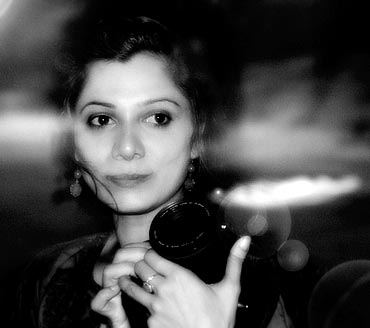 Meet Nisha Kutty one of the few women fashion photographers as she talks about working in India and abroad and why she would rather not be a spokesperson for women photographers.

Nisha Kutty says that her true education actually happened in the JJ College canteen where she spent more time than she did in her class.

Today, she shuttles between New York and Mumbai, having bagged some high-profile ad campaigns and magazine covers that include Indian Elle, Cosmopolitan, Marie Claire and L'officiel.

She also has the enviable distinction of being named one of the top 10 beauty photographers in New York by Women's Wear Daily in 2006.

Daughter to parents who are 'both academics in true South Indian tradition', Nisha attended Jamnabai Narsee School in Mumbai and later the Sir JJ institute of Applied Art where she obtained a BFA and completed her majors in Photography. She then apprenticed with Beat Presser in Basel, Switzerland.

In an e-mail interview with Shifra Menezes, Nisha Kutty talks about some of the highlights of her career and the big move to New York.

How did photography happen?

At JJ, we had a lot of interesting people from all over India who came to study there, and had a lot of philosophy to share about art.

I loved the photography as a medium and it was more immediate than painting, which I actually had no talent for. Other options were working in an ad agency as an art director. Fortunately, no one hired me! So it was just my camera and me, and I slowly became obsessed with taking pictures.

Why did you choose fashion photography in particular?

I loved the idea of creating a fantasy world, shooting reality never appealed to me; if it did I would have become a photojournalist.

With clothes, makeup and models, props you can create amazing stories and visuals.

Can't generalise what it means to be a 'woman photographer' 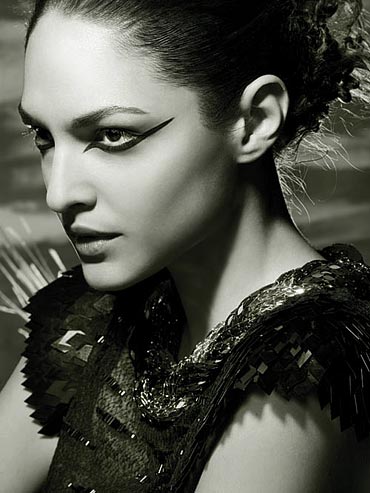 What was your parents' reaction to your career choice?

My mom was supportive; my dad was apprehensive at first but is very supportive now.

There are not too many women fashion photographers out there, although the number is gradually growing. Have you faced challenges being a woman in the field or has in been an advantage in certain respects?

To be honest, on a job I don't spend my time thinking about the fact that I am a woman not a man. I am simply a photographer doing the best I can on a given assignment. And I prefer to keep thinking that way so it's one less thing to worry about.

I guess the advantage is that I have a deeper understanding of the clothes and makeup that I shoot.

Actually, I have found myself becoming a spokeswoman for female photographers, which is really a position I don't want to take.

I just want to be known as a photographer, period.

Most of the challenges I faced were internal -- the female energy is creative and the male energy is more action-oriented so one has to achieve a good balance of both energies to sustain oneself business-wise.

'To get anywhere is an effort which no one can escape' 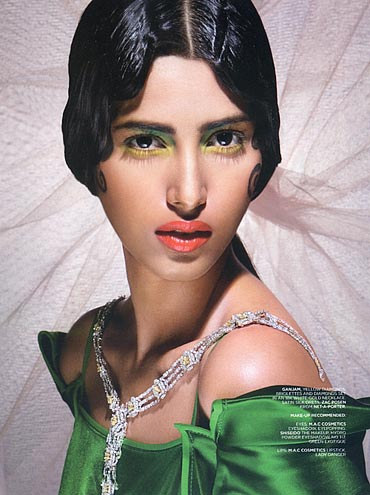 How easy/ difficult was it getting a break in the Indian industry?

In retrospect it doesn't seem that tough, which it probably wasn't but to get anywhere is an effort which no one can escape.

Is there any project you consider your big break?

The Levis Red Loop campaign. I was in the States when I got a call from JWT Bangalore with this campaign. Pippa Chandrashekhar had seen the Lee calendar I had done earlier on and had wanted to work with me since.

So I came down to India for the job and while I was here got a call from Harper's Bazaar US to do a shoot for Dior! I had to give that up because I had already committed to Levis! But it was well worth it.

How did the move to New York happen?

I had been working in India for a year or two, and frankly was a bit bored and also heartbroken at the time. I then did a Reuters workshop and met an Indian-American woman photographer. She encouraged me to visit New York.

I went almost a year later in 2000 and decided if I got a job I would stay. I did and ended up staying eight years.

How different is working in the Indian industry when compared to New York or elsewhere?

People in New York take their work very seriously; there is a lot of passion and effort that goes into their work. I find this sadly and seriously lacking among Indians.

I think the reason why it is that way is because in New York most people are immigrants who have left their families etc to come and 'make it' in New York.

New York is a city that has the best of the best so your competition is immense. People there have a hunger to be better and prove themselves.

In India people are secure to the point of complacency. So the effort to really, really put out one's best is just not there.

'Other people's work always inspires me' 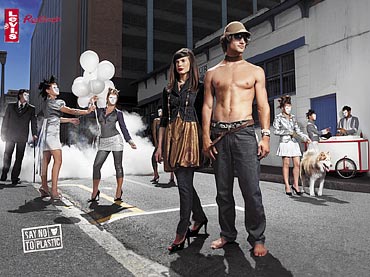 You've shot a number of high-profile celebrities and ad campaigns, which or who has been your favourite/most interesting? Why?

The Levis Red Loop was amazing for me just because even though it was large in scale everything worked out really well.

More recently I shot a lovely story for the March issue of Vogue India, which was challenging and fun.

Do you have favourites when it comes to faces you like to photograph?

People you think are photogenic?

Uma Thurman, Tyra Banks, Karen Elson, Lisa Ray. Lisa Ray has been the most interesting to work with though.

Fashion photography allows for quite a bit of experimentation. What inspires you?

Other people's work! I am always looking at other photographers' work and some filmmakers' work and trying to get better at what I do.

But the thing about photography is that whatever you do someone has already done it better. Very rarely am I ever happy with my work.

Is there an Indian fashion photographer you admire?

I admire Max Vadukul he is of Indian origin but lives in the States.

'It's a challenge to not get stuck in a rut' 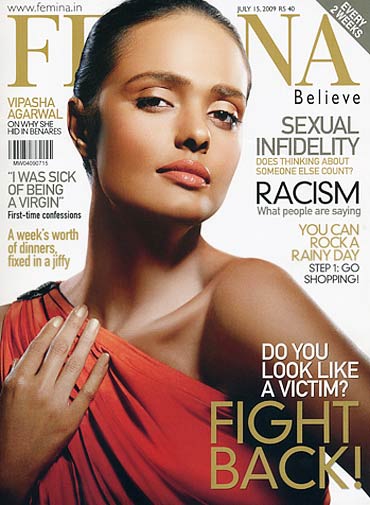 Who are the most beautiful Indian women and men in your opinion?

Honestly I think Indian women are the most beautiful race on the planet. Almost 8 out of 10 women will have something lovely about them. I can't say the same about the men though!

Tell us about some of the highlights of your career.

There are many but being called one of the top 10 beauty photographers in New York by Women's Wear Daily was undoubtedly the best feeling ever.

Have advances in technology made it easier to be in this profession or do you think technology is causing the finer aspects of the art to be lost?

Technology is great, it has made the medium much more eco-friendly and also it has actually given us the ability to finesse our images and add elements to make a more interesting picture.

What do you find most challenging/ interesting about fashion photography?

The challenging thing is that at every given shoot there are so many infinite possibilities to create a narrative. It's a challenge to not get stuck in a rut and come up with the best/most interesting option possible. So it's a constant push but also very exciting.

I also tend to take my work really seriously so if a particular picture didn't work out it troubles me for days. It is something I need to get over but I guess I'm just made that way.

Also if the other people on the shoot are half-interested or disinterested it upsets me to no extent because in turn it affects my work. It's a great feeling to work with people who have good ideas.

What is the best advice you have received?

Always look at the actions, not the words.

Your advice to aspiring fashion photographers?

Do look at the work of all the greats that have lived and created amazing pieces of work, in photography, art, architecture etc.