'I am a proud Sikh, proud American' 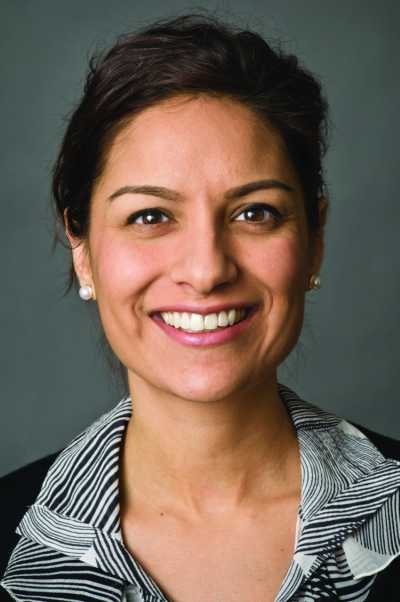 In the third part of the series on Indian Americans who won Paul and Daisy Soros Fellowships, Arthur J Pais tells the story of Jasmeet Kaur Ahuja, a Sikh American with roots in Punjab.

Part 2: Waking up everybody, from Palestine to America

One of the reasons Yale-bound Jasmeet Kaur Ahuja decided to study law after obtaining an engineering degree from Stanford University is her interest in supporting Sikh causes. California-born Ahuja has said her immigrant parents' 'harrowing experience with religious intolerance in India energised' her to fight 'for the American constitutional promise of equal protection under the law.'

"I am quite active in the Sikh Coalition," she said. "It is doing tremendous work for Sikh causes, and I am glad to offer them my services."

The coalition has acknowledged her 'tireless help' while working on the staff of United States Representative Howard Berman (Democrat, California) in supporting over three years ago the campaign for the US Army's acceptance of Captain Tejdeep Singh and Captain Kamaljeet Singh with their Sikh articles of faith intact.

But why law after graduating with honours and Phi Beta Kappa from Stanford with MS and BS degrees in engineering?

"I have been in (Washington,) DC for over six years involved in various kinds of legislation and my work there got me even more interested in legal studies than before," she said. "I thought I needed to go on a new path which at the same time was not disconnected with the government and causes dear to me."

After her graduation, she accepted an appointment as a presidential management fellow at the Office of the Secretary of Defense in the Pentagon. She had also worked for a short time at TechNet, a trade association in Palo Alto, California, as a public policy associate.

From the Pentagon, she went on to serve as the director of South Asia in the Bureau of Political-Military Affairs at the State Department and as a professional staff member on the House Committee on Foreign Affairs.

While with the House, Ahuja said in her Soros award qualifying essay, she 'helped craft foreign policy legislation on aid to Pakistan, negotiated the civil-nuclear deal with India, apart from lobbying for Sikh Americans to wear turbans while in the United States military.'

From 2005-2007, she served as chair of the Conference on Asian Pacific American Leadership, an educational non-profit organisation. After completing her studies at Yale Law School, Ahuja plans to continue her work in foreign affairs to ensure, she said, "that rule of law guides our national security decisions."

For everyone, and particularly New Americans, she said, it is important to "remember where you came from and how you were raised."

Her parents are orthodox Sikhs, she said. "But I never heard them saying anything bad about other faiths and traditions. I never forgot that I am a Sikh American with roots in Punjab. But I am an American, too and that is why I must serve America."