He chucked campus placement to become a dance entrepreneur 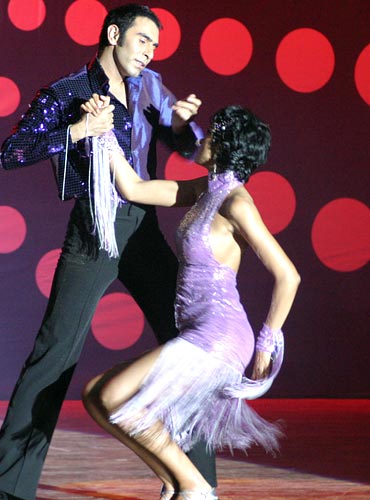 Sandip Soparrkar, one of India's most popular western dancers is not willing to disclose 'when' he graduated from Symbiosis Institute of Business Management, Pune. He simply says it was years ago.

But what he is willing to share, is that he did not take up campus placements and preferred to test the waters himself.

Quite a plucky thing to do, since not many companies visited the campus those days.

Whichever year Sandip graduated, he was considered an outlier because almost everybody else in his batch took up campus placements.

"I was working in the hotel industry before my MBA so the desire to go back was there. Also I wanted to do a job I liked instead of taking up a job from those being offered on campus," says he.

The SIBM graduate was also considered an outlier because he was a dancer, quite a rarity those days. And a ballroom dancer, at that! Not all understood his passion but those who did, enjoyed the few performances he put up for his friends at SIBM. Sandip had also started dancing at private shows then.

Before enrolling for the MBA, Sandip had completed a course in hotel management. "Marketing as a subject fascinated me and I wanted to study it in the proper sense, hence decided to do an MBA. And those days doing an MBA was a very big thing; it meant that you are sufficiently intelligent. Not like today where anyone you meet is doing an MBA," he informs.

Since it was 'many' years ago, Sandip does not have detailed memories but remembers he had a lot of fun, be it in class or outside. He had a bunch of friends and there were lots of group studying sessions and project work.

He remembers travelling the length and breadth of Pune and exploring virgin sight-seeing spots. Social life, with its limited share of parties was also vibrant.

Sandip also remembers that he was quite an ill-confident chap those days. "I remember making mistakes in my practicals and question and answer sessions. Not that I did not know but I did not have the confidence to speak in front of a crowd. I remember my friends making so much fun of me all the time."

'It was almost unheard of -- an entrepreneur in dance' 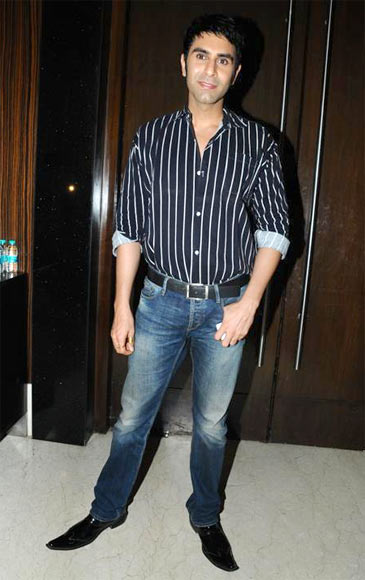 Instead of slacking on his weakness, the student realised that it could hamper his future growth. Those days, there was no Internet, so he bought books on public speaking and read them up.

He also spoke in front of the mirror and in front of his friends and by the time he completed his MBA, he found himself a different person.

Today, the scene is quite contrary. Sandip delivers lectures and is invited as a guest speaker to various conferences. He also takes lectures at b-schools.

When Sandip opted out of placements, he faced a rough patch since 'good' jobs were few. He took them up nevertheless and in a while, rose to a comfortable level.

A couple of years later, the dancer tried his hand at public relations and even started a company. He had to close it down soon. "It was not easy to run a PR company since there were many getting into it. Besides, PR was getting to be a bore," he said.

Somewhere between the MBA, hotel management and the PR stint, he began feeling a void, as if something was missing from life. One thing was sure, he always wanted to do a job he loved and it slowly dawned on him that what he loved most in the world was dancing. "A thought crossed my mind -- why not make dancing my career? Those days however, dance was not as widely accepted as today and a man dancing was worse."

Sandip spent a while in understanding the modalities of starting a dancing venture. "It was almost unheard of -- an entrepreneur in dance. But I thought why not. Of what use is my MBA if I cannot take some risks," he reasoned out.

Within weeks, Sandip travelled to Germany as he had studied there and the country was making giant strides in western dance. He enrolled in a teacher's qualification course and completed a few levels. He worked hard for months on end and also started teaching there. Feeling a bit homesick, Sandip decided to come to India for a holiday. But soon after he landed here, he was offered a job as a dance supervisor for a Hindi film.

"Then a proper Hindi film came my way, Shyam Benegal's Zubeida with Karishma Kapoor, Rekha and Manoj Bajpai. I took up the film and it got me appreciation," recalls the MBA grad.

With the film, came awards, critical acclaim and more Bollywood offers. In a while, Sandip set up his first dance studio. He was helped by actor Anil Kapoor's wife Sunita Kapoor and model/actress Kitu Gidwani. What started as one studio is today a company, various dance training venues, merchandise etc and called Ballroom Studio.

'Education makes you a better artist' 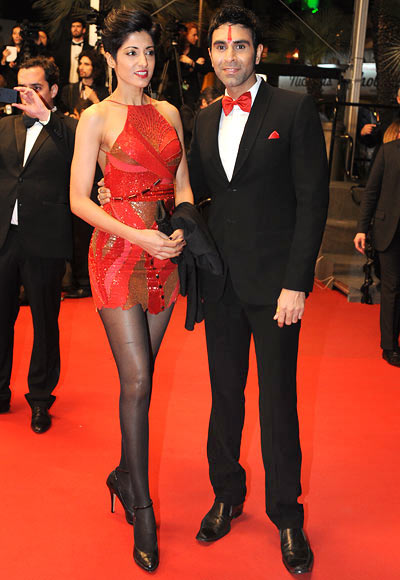 Sandip has earned various accolades for his dance over the years. He is the first Indian to be certified by the 'Ballroom Dance Teachers Training School' in Bonn Germany and stood fourth in the Imperial Society of Teachers of Dancing recognised worldwide.

Sandip was also the partner to the former European Ballroom Champion for nine years. He is also a judge on dance reality shows on television.

Sandip says his MBA learning still aids him all the way. "Today this company runs because I know how to run it. The foundation was given to me during my MBA. Of course I have learnt a lot from all my experiences, especially from the mistakes I have made. It has been one experience marketing my company, managing my work, my promotions, the accounts, administration."

The dancer claims that group projects in college gave him a sense of understanding people and his constant bid to get rid of low-esteem gave him confidence to fight odds. Sandip understands that what he learnt in his class may be outdated today, especially since marketing channels having changed. Social media and the Internet was not part of his learning at all.

We spoke to some of Sandip's employees and saw them at work. They all seemed fairly organised and were aware of the direction the company intended to take.

Would Sandip like to do an Executive MBA to brush up on his MBA concepts? "As a dancer, a performer and teacher, I am always learning. As for studies, I have to learn and teach to keep pace. I cannot be left behind. I learn new dances, techniques; I continuously do research so that students realise that they are learning what the world is learning."

The dancer says he learns a lot from other dance icons in the country who he keeps bumping into during seminars or television shows.

And this is what he has to say about youngsters who, (thanks to reality shows and the numerous dances class) prefer to let go off traditional education for dance. "Do not leave studies for dance, music, singing, and painting. Follow your passion and studies together because education makes you a better artist. Good education will reflect in the passion you want to follow."

On a concluding note, Sandip would like to add that if it were not for his MBA, may be life would have panned differently.

"MBA built my confidence. I was always a different person on the dance floor and in real life but MBA helped me understand myself better and gave me the confidence to build something on my own. Something I am really very proud of today."