Fighter for a world free of sexual assault 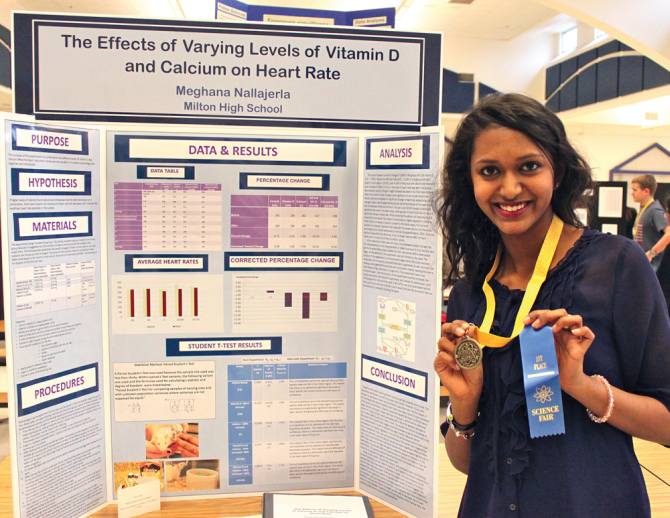 Like millions across the world, the brutal gang rape and murder of a 23-year-old physiotheraphy student in New Delhi last year shocked Meghana Nallajerla in Alpharetta, Georgia.

"I thought of holding a candlelight vigil not only for her but victims of sexual assaults and harassment everywhere, especially in America," she said.

Meghana's father Kondal Nallajerla was a bit hesitant initially, and wondered whether she should hold the vigil. But her mother Sandhya Yellapragada was all for it, and soon the father came around.

More than 60 people attended the vigil, which Meghana and her friend hosted with Georgia Tech’s India Club.

"It was not just other countries that have high rates of violence against women," said Meghana , who will be pursuing women’s studies at the University of Pennsylvania. "New York, in this country, has one of the higher rape rates. Unfortunately, these issues do not get much attention, and we hoped to hold this vigil to do just that."

Sexual assault on American college campuses is an epidemic, with conservative estimates approximating that one in five college women will be raped or experience an attempted rape during their undergraduate years.

Meghana is one of the two Presidential Scholars from Georgia this year, along with Sathvik Namburar of Duluth.

Meghana is a graduated senior from Milton High School. In high school, she participated in Public Forum debate and Science Olympiad among other clubs and national honour societies. Outside of school, she worked with the American Red Cross and interned at Emory University in Atlanta with Dr Anna Marie Kenney’s research lab specialising in paediatric cancer.

Meghana has also been a Kuchipudi dancer since age 3, and been involved with Indian cultural organisations.

More important than anything else, she said, is her passion for working to prevent sexual assault and domestic violence, seeking to bring it to the attention of not only the growing Indian-American community in the greater Atlanta area (with about 1,000 families) but also the mainstream.

She has been an academic champion for a long time. She earned at Milton High School a top composite score of 36 on a recent ACT test. And she had admission to the very competitive Secondary School Programme at Harvard University, in which high school students join college and adult students earn college credit in Harvard courses and explore the subjects not available in their schools.

Last year, she was among 70 school students across Georgia to attend 4-week long, all-paid  Georgia Governor’s Honours Programme, now in its 50th year. A residential summer programme for gifted and talented high school juniors and seniors, it is the longest continually running programme of its kind in the nation.

Nearly 3,000 students were interviewed and auditioned, and 690 finalists were chosen to participate in the programme exploring topics not usually found in the regular high school classroom.