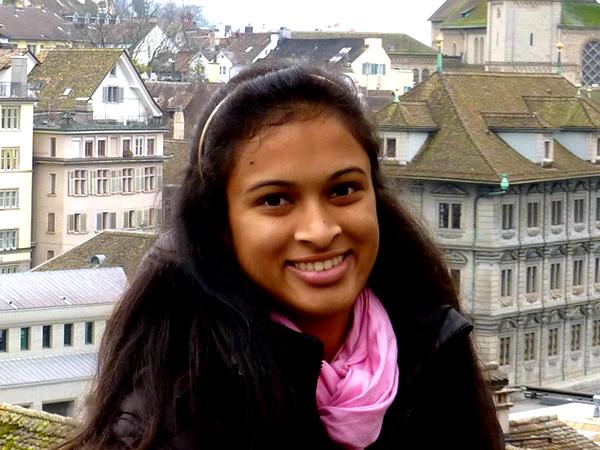 Winner of Intel Foundation Young Scientist Award 2013, Eesha Khare has invented a device that could charge any device in less than 20 seconds.

An 18-year-old Indian-American girl has invented a super-capacitor device that could potentially charge your cellphone in less than 20 seconds.

Eesha Khare, from Saratoga, California, was awarded the Young Scientist Award by the Intel Foundation after developing the tiny device that fits inside mobile phone batteries that could allow them to charge within 20-30 seconds.

The so-called super-capacitor, a gizmo that can pack a lot of energy into a tiny space, charges quickly and holds its charge for a long time, NBC News reported.

Khare has been awarded USD 50,000 for developing the tiny device.

She has also attracted the attention of tech giant Google for her potentially revolutionary invention.

According to Khare, her device can last for 10,000 charge-recharge cycles, compared with 1,000 cycles for conventional rechargeable batteries.

"My cellphone battery always dies," she said when asked about what inspired her to work on the energy-storage technology.

Super-capacitors allowed her to focus on her interest in nanochemistry -- "really working at the nanoscale to make significant advances in many different fields."

The gadget has so far only been tested on an LED light, but the good news is that it has a good chance of working successfully in other devices, like mobile phones, the report said.

Khare sees it fitting inside cellphones and the other portable electronic devices proliferating in today's world.

"It is also flexible, so it can be used in rollup displays and clothing and fabric. It has a lot of different applications and advantages over batteries in that sense," Khare added.

Seventeen-year-old Lin who belongs to Shreveport, Louisiana has come up with data that will allow future scientists to unearth certain mysteries about dark matter and energy, all associated with astrophysics.

Meanwhile, the top honour at the Intel competition was bagged by 19-year old Ionut Alexandru Budisteanu from Romania.

Named in honour of the Intel co-founder, the Moore Award offers USD 75,000 to the recipient as scholarship funds.
© Copyright 2021 PTI. All rights reserved. Republication or redistribution of PTI content, including by framing or similar means, is expressly prohibited without the prior written consent.