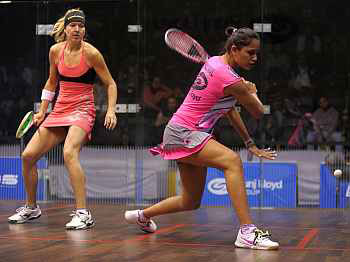 Dipika Pallikal, the first indian to break into the top 10 of women's squash world rankings, tells us about her journey so far and plans for the future

Your mother captained the Indian women's cricket team and your grandmother was a state level athlete. Was that an important factor in your career choice?

At home, we were never allowed to just sit and watch TV, we had to go out and play sport. I dabbled in a lot of sports, from basketball to field events to tennis. Playing a sport was a part of my growing years. So when I took up squash my family supported me regardless of how tough it was going to be to make squash a career since it's not amongst the "elite" sports of India.

Since it is not a popular sport, what lead you to pursue squash over tennis and badminton?

I loved the game as soon as I stepped on the court, and my family has been instrumental in getting me to where I am today. I had to fund myself for the first five years when I was training in a different country. It was tough to make a career out of the game, but I was doing it because I loved the game. I think squash deserves as much recognition as tennis and badminton.

'I never really had a life as a teenager' 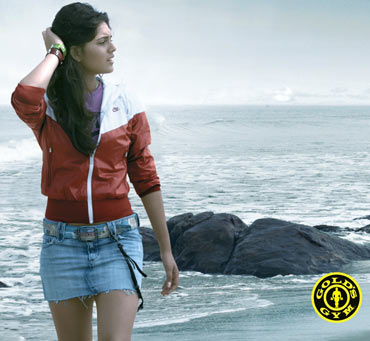 At the age of 14, you moved to Egypt. What was the reason for this move? What difficulties did you face training in a foreign country?

It was a combination of a number of reasons. I didn't get along with the Indian federation during those years so I had no place to train and decided to leave for Egypt. Egypt was home for me for four years. It was tough staying away from family and friends and not having a "normal" life for someone my age. At 14, I had to stay alone in an apartment, clean the house, cook, and do things a normal 14-year-old wouldn't usually be compelled to do. However, it did make me a stronger and more mature person.

Being a sportsperson requires hard work, discipline and long training hours. Did that affect your social life as a teenager?

I never really had a life as a teenager. Although I did make it a point to go out with friends to unwind, it was once a month on average. I was either training most of the day or on flights travelling from one continent to another. But I guess you have to sacrifice a lot to be a top athlete and I have no regrets whatsoever. 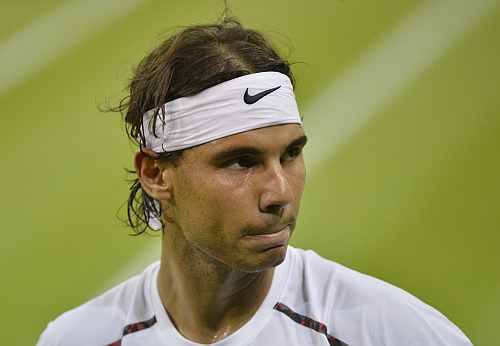 How much do you train in a day?

I train six days a week for about six hours every day. My regimen also includes going to the gym and/or running pretty much on a daily basis, over and above training for squash.

You like reading and have mentioned the autobiographies of Andre Agassi and Rafael Nadal as your favourite books. Do you see yourself penning your career on paper?

It takes a lot of time and concentration to write a book and I can't afford to put aside time and, more importantly, my focus at the moment. I would love to share my story, so will definitely do so if and when I get the time. 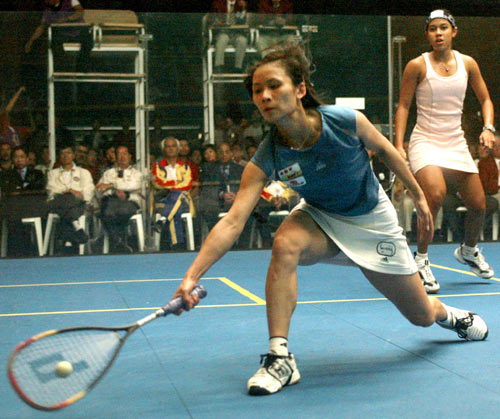 Are you pursuing any academic qualification at the moment?

I'm in my last year of college pursuing a degree in English literature. My college has been very supportive of the fact that I live outside India an average of 10 months a year. So whenever I am in the country, I take my exams and attend lectures.

You were world no. 1 in the under-19 category. How difficult has the switch to the senior category been?

It is always a different atmosphere when you shift to the senior category, as it is a lot tougher. In fact, it took me a few years to get used to the senior circuit. But I love it now. I have friends and I'm always travelling for tournaments. It's great. I'm only 21 and I have a lot to look forward to. I've been lucky to have had some great results, exposure and experiences at such a young age and I hope I carry on and make it to the world's #1 one day!

'It is every athlete's dream to win an Olympic medal' 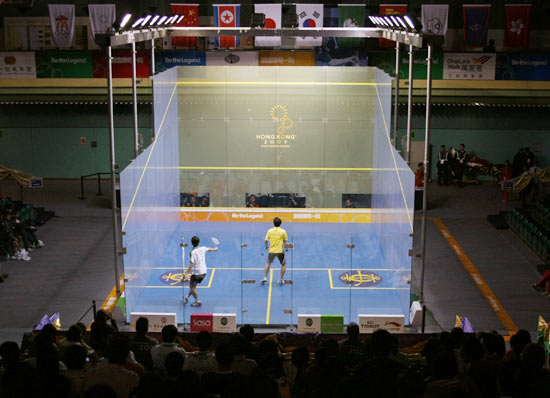 Squash hasn't been a much celebrated sport in India and remains excluded from the Olympics. How do you plan on changing this?

I hope we win the bid and get to be part of the 2020 Olympics. It is every athlete's dream to win an Olympic medal, and mine isn't any different. I think our sport deserves to be up there with all the other sports.

You've been in headlines for your sporting successes as well as your stunning looks. Do you have any modelling or acting aspirations?

Right now, all I'm thinking of is squash. I have got movie offers but I don't have the time to think of any of them. My goals are set and I'm focused solely on achieving my goals.

'Success and failure are a part of every athlete's career' 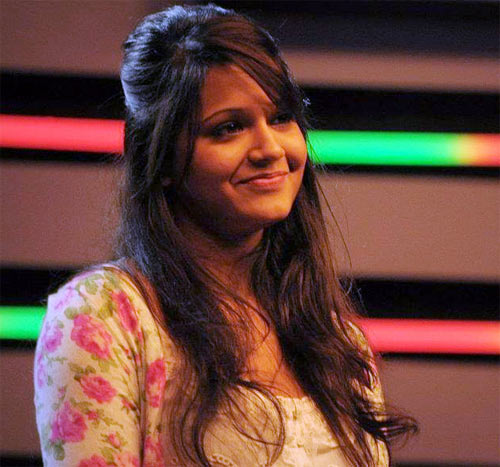 Any advice for budding squash players in the country?

I think it is important to remember that success and failure are a part of every athlete's career. It's important to take the losses in a good way and work towards the positives. I believe, to get up, you have to fail once in a while. That's what teaches you how to win matches. I think, in order to be successful at anything, it's important to be able to see the failures and rise up from them. As long as you enjoy and love what you are doing, nothing can stop you from reaching your goal.

Being India's first player to reach the world's top 10

The latest of EVERYTHING, including my hair iron!

At the moment Ben Affleck's Argo

To achieve the world #1 rank