10-yr-old Indian prodigy graduates high school in the US! 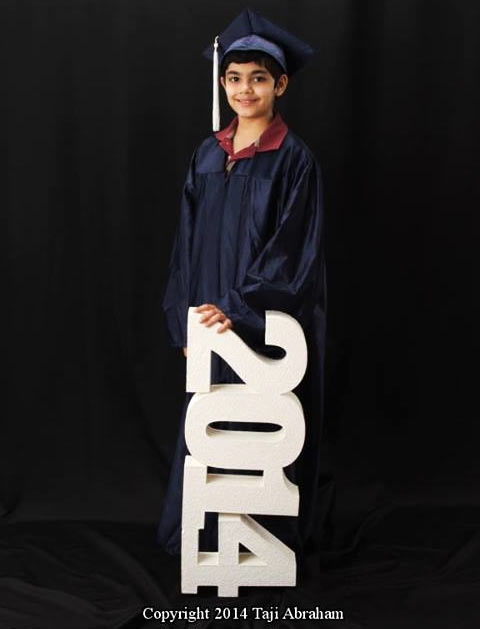 Image: Indian-born Tanishq Abraham is the youngest graduate in the US.
Photographs: Courtesy Taji Abraham/Facebook

Indian-American Tanishq Abraham is one of the youngest ever in the US to graduate high school.

A home-schooled 10-year-old Indian-origin genius has surprised one and all by becoming one of the youngest in the US to graduate high school.

Tanishq Abraham, a native of Sacramento, California, received his high school diploma at a private ceremony at California Auto Museum on Sunday.

Home-schooled since the age of seven, Abraham passed a state exam in March that certified he had met the appropriate academic standards to receive his diploma.

"It wasn't easy because of the bureaucracy, but I have put a lot of hard work into this and I am very happy that I am finally graduating high school," Abraham, who has presidential ambitions, told ABC News.

Abraham is powering ahead, scoring well on the SATs and finishing up the community college classes he has been taking since he was 7-years-old.

"I am going to finish my community college by almost next semester and then I will have my associate's degree, after that I will transfer to university," he was quoted as saying after becoming one of the youngest ever to graduate high school in the US.

Abraham said he would like to transfer to UC Davis to study medicine.

In kindergarten, Abraham said, he realised he had a special gift.

"My ultimate goal would be science, like scientist or doctor, but also want to be president too," he said.

ALSO READ: All of 13 and pursuing MSc in Microbiology! Meet Sushma Verma

Tags: Meet Sushma Verma , US
More
© Copyright 2022 PTI. All rights reserved. Republication or redistribution of PTI content, including by framing or similar means, is expressly prohibited without the prior written consent.
Write a
Comment
Print this
article