Who better than India's beloved storyteller to teach you how to spin a yarn? 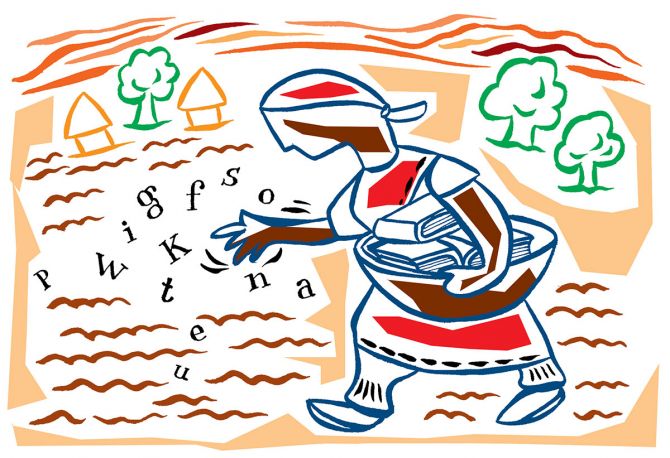 That's what it's all about, really.

Using words in interesting ways – to convey a message, to tell a story, to remember the past, to bring the present to life, to express our thoughts and feelings, to capture something of the life around us.

'Always use the exact word, Bond,' my English teacher, Mr Knight, used to tell me when I was at school. 'Don't bother with difficult, complicated words. Keep it simple. Be exact. Don't try and mystify your reader.'

Mystifying the reader and putting him off. That seems to be the cardinal vice of the writer who tries to impress you with his vocabulary and convoluted sentences.

It's language makes the world go round.

So keep it simple. Speak and write with clarity. Don't add to the confusion that already exists.

Are writers born or made?

This is a question that is often put to me.

Certain innate qualities are present in a good writer, these are qualities that we are all born with -- intelligence, sensitivity, imagination, an observant nature.

And then there are qualities not everyone possesses, creativity being one of them.

But, to be part of a writer's make-up, these unique qualities have to be channelled into the use of language. And that's where words come in.

That big fat dictionary is full of them. Open it at random and take your pick. Take any word -- seize it at random -- and see what you can do with it! Or what other writers have done with it.

There's a memorable Fat Boy in Dickens's Pickwick Papers, and Shakespeare's Falstaff is a portly gentleman. Portly is a polite way of describing someone who is fat but comfortably so.

You may have a fat uncle but you won't address him as 'fatty' or 'fatso'; it will be the end of a happy relationship.

'Fat' is an essential part of our systems, and we can't do without it. It is there in our food too. As I discovered when I opened my first book -- A Book of Nursery Rhymes -- and came across this rhyme:

Jack Sprat could eat no fat,
His wife could eat no lean,
And so, between the two of them,
They licked the platter clean.

A simple rhyme, but it does conjure up a picture of Mr And Mrs Sprat tucking into their supper.

Why do we associate being 'lean'; or thin with a certain cunning and vindictiveness?

We have Shakespeare to thank for that. 'Yon Cassius has a lean and hungry look; he thinks too much: such men are dangerous.'

There you have the power of the pen.

Are lean men dangerous? Of course not. But Cassius was, and we remember Cassius.

Fat boys are often described as being greedy. But sometimes being fat has nothing to do with food, it's a medical condition.

As writers, we should avoid creating stereotypes.

Stereotypes? Back to the dictionary. 'An oversimplified idea of the typical characteristics of a person or thing.'

Even dictionaries can be confusing!

Let me put it this way: Long John Silver (the pirate in Treasure Island) is an original character, a great creation. But if you or I try to create a character similar in every way, we would be creating a stereotype, a cardboard figure or cut-out rather than a living person.

To be a good writer, a successful writer, you must be original.

Create your own characters. They may be based on real people, but not on other writers’ creations. Originality is everything. We want to be writers, but not copycats.

Be different. There was only one Dickens, one Emily Bronte, one Maupassant, one Premchand, one Tagore, one P G Wodehouse. They were great because they were different.

They had their own unique voices. You can almost hear them when you read their work. They have their own way of writing, their own style. 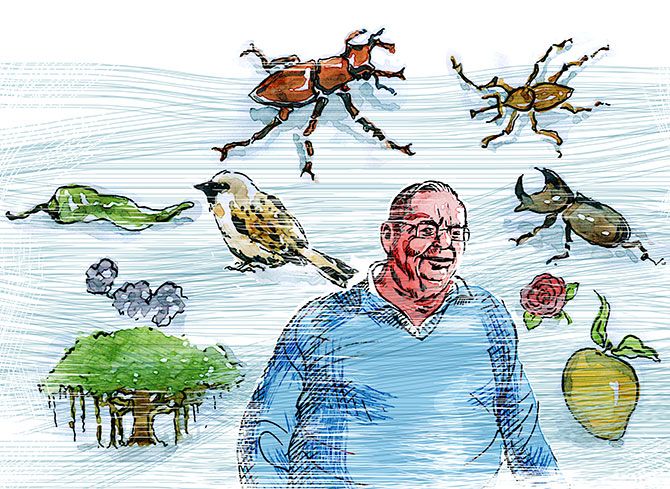 Yes, good writing is all about style.

Growing up, you have learnt all about words and how to put them together.

You have been a great reader -- you have read the classics, poetry, popular literature -- you have seen how different writers have different ways of using words and making sentences.

Now you must make your own sentences. You must start to develop your own style.

Find your own style and voice

For a young writer, an easy, flowing style is best.

Vary the length of your sentences, but don’t let them get too long and involved.

Study the style of one of the great masters of the short story, Somerset Maugham. He writes very simply, but he has the knack of getting to the heart and mind of his characters, of telling a story, and of carrying you along with him as the narrative progresses.

• He has a good story to tell.

• His characters are real, interesting.

• He is observant, he keeps a notebook.

• He has a recognisable style.

Apart from Maugham's novels and short stories, a book that I found very helpful when I was setting out to be a writer was his A Writer's Notebook, part diary, part travelogue, in which he tells us a great deal about his approach to the craft of writing, his successes and failures, his outlook on life, his travels, and the work of other writers.

Maugham acknowledged the debt he owes to that master of the short story, Guy de Maupassant. Maupassant was a realist, but a realist with imagination -- two qualities that come together to make for great literature. 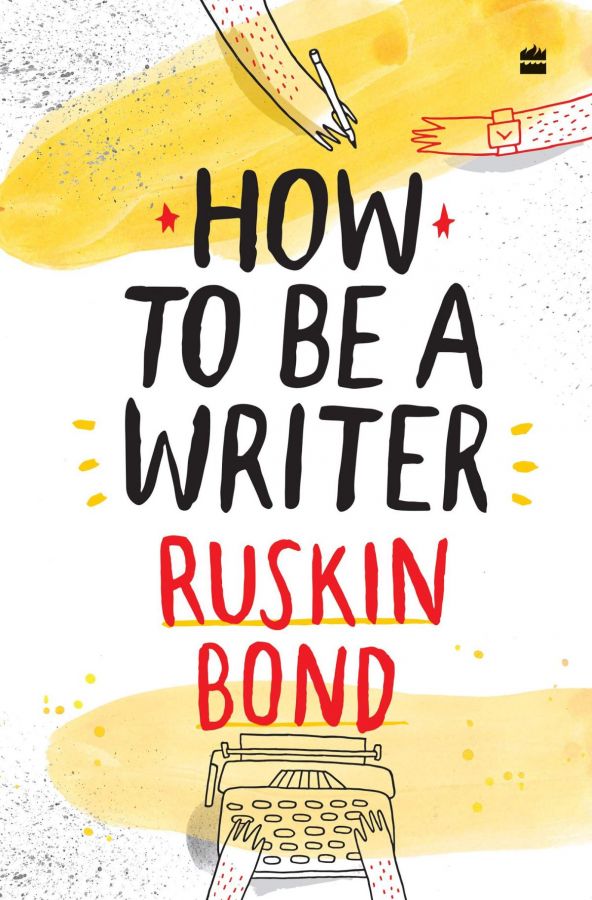 A story can come to you at random

Something you see -- someone you meet -- an episode on the street -- a phone conversation -- can set off a story. But you have to create a story out of these random incidents.

You must use your imagination to take the story forward, to round off a character or characters; you must take it somewhere, give it some significance, leave it embedded in the reader's memory.

There are some stories that we cannot forget because they give us a shock, stir us in some way, leave us thinking, wondering...

You could make a list of the stories that you can't forget. Read them again. Absorb their power.

Don't just be a writer. Be a good writer.

Manu, the great law-giver, told us to respect the food that sustains us. And a writer should respect the language in which he chooses to write.

Take a little trouble, with your grammar, with how you use your commas and semicolons and full-stops. Let your sentences make sense.

Put words together so they make meaningful or beautiful sentences. Cultivate your style.

If you are writing fiction, use dialogue to further the progress of your story, to illuminate character, to give dramatic effect to the action.

Dickens was a master of dialogue. So was Mark Twain. So was P G Wodehouse; you could recognise his characters from the way they spoke. So was Richmal Crompton, who created the 'William' stories, which I read when I was a boy. So is J K Rowling, the creator of Harry Potter. So was Conan Doyle, who created Sherlock Holmes; and Agatha Christie, who created Hercule Poirot.

Their stories, novels, came alive through the way their characters talk.

Excerpted from How To Be A Writer by Ruskin Bond, with the kind permission of the publishers, HarperCollins India.