Why SHE rode SOLO from Kashmir to Kanyakumari

Neetu Chopra, who travelled solo across India on a scooter covering 7,600 km in 42 days, tells Rediff.com's A Ganesh Nadar why girls should not be scared to dream. 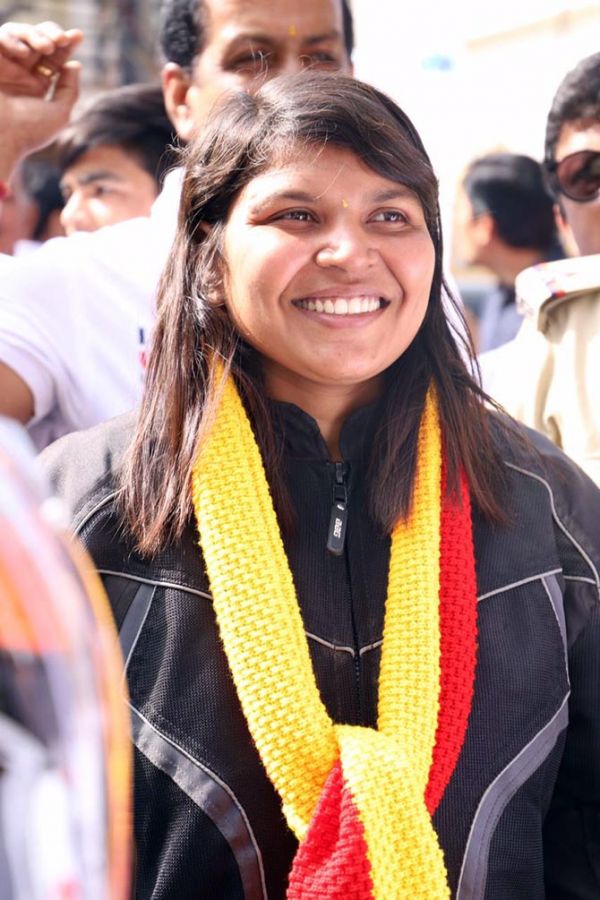 IMAGE: Neetu Chopra is perhaps the first woman to travel solo between Kashmir and Kanyakumari on a scooter. Photographs: Kind courtesy Neetu Chopra

In November 2019, in Hyderabad, a veterinary doctor who travelled on an Activa late in the evening was brutally raped and killed by four men.

The gruesome incident shocked the nation.

Although the alleged perpetrators were later killed in a police encounter, the rape-murder sent out a message that it is not safe for women to travel alone and late.

When Neetu Chopra read this news in her home in Udaipur, Rajasthan, she was inspired to do something about it.

On December 15, 2019, the 28 year old left home on an Activa to travel solo all the way to Kashmir and then to Kanyakumari, the southern tip of mainland India.

Neetu covered a distance of more than 7,600 km across India in 42 days.

She is one of India's first women to ride solo between Kashmir and Kanyakumari, covering a distance of 4,600 km in 18 days on a scooter.

Her purpose was simple and clear: "People will say that girls should stay indoors; they should not go out alone after dark. I wanted to prove them wrong. I want girls to come and go as they please without fear. I wanted to prove to them that it can be done. That is why I travelled across the country alone to encourage girls to have confidence and faith in themselves," she tells Rediff.com.

The home science graduate and MBA -- who also runs Nitanju Events, an event management company -- joined the National Cadet Corps in college and then the adventure bug bit her.

"I know that every girl is not an athlete and she might not be physically strong, but they must be mentally prepared. They should not be scared when faced with a dangerous situation," she says.

This was Neetu's message to the women she spoke to at 22 different places in the country during the trip, where she also demonstrated self-defence techniques and protection. 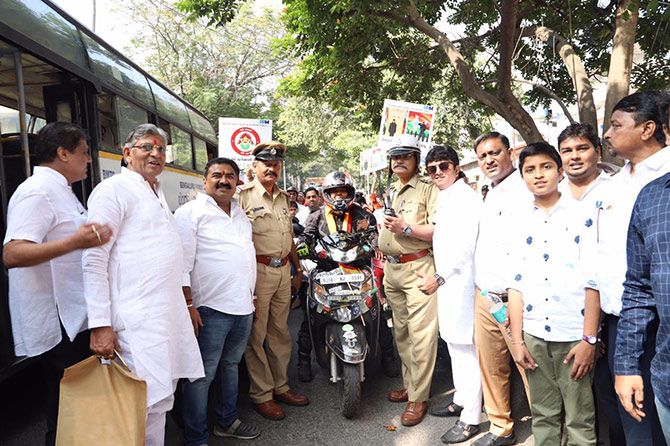 IMAGE: Neetu's campaign and accommodation were funded by the Jain Society and the All India Riders Group.

For the public campaign, the Jain Society donated Rs 2 lakh. Along with help from the All India Riders Group, arrangements were made for her stay and food through the journey.

"I only had tea on my own, the rest was taken care of," she says.

Talking about the receptions she got on the way she says, "Two places stood out. One was in Bengaluru where girls organised a bike rally with me and the Karnataka police helped us. This really promoted my cause."

"The other was in Surat where a huge crowd was waiting for me. They contributed Rs 1 lakh to my trip which really encouraged me and also made me believe that I was doing the right thing."

She travelled on the Madurai-Kanyakumari road at night to prove that it was safe to do so.

Since the Activa has a smaller engine compared to a motorcycle, Neetu had to stop every 100 km for the engine to cool down. "That gave me a chance to rest and have tea," she recalls.

During a trial run from Udaipur to Kashmir, near Pali, Neetu realised that two men were following her on a bike. They kept honking to annoy her.

Realising that she could not outpace them on a scooter, Neetu says she stopped the vehicle, took off her helmet and yelled at them till they left her alone.

After that incident she realised that she must take some safety measures.

Apart from a helmet and a riding jacket, she was wearing riding pants and riding shoes. She also used a sealant in the tyres to ensure they don't get punctured. For the sake of convenience, her scooter had a mobile phone holder and an additional LED light for night travel. 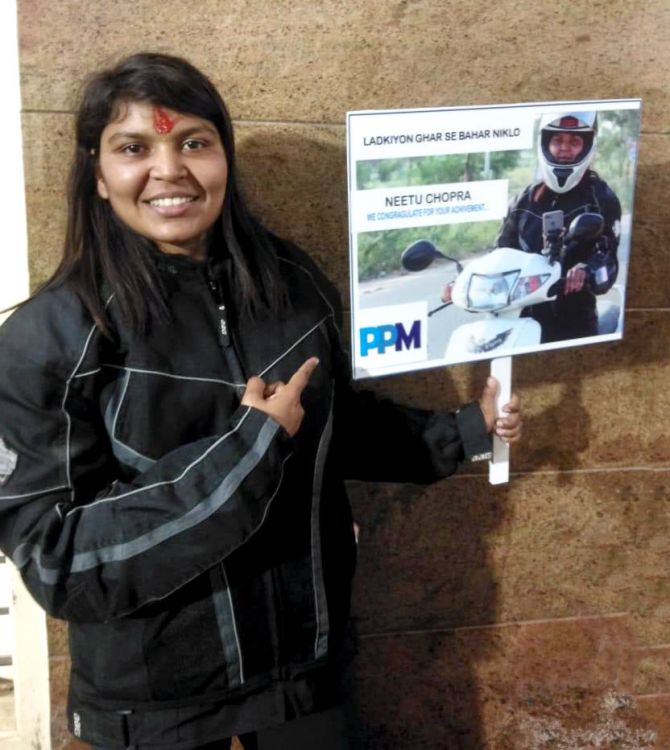 IMAGE: Neetu believes that safety and self-defence are very important.

Neetu also took great care about her safety so she could set the right example.

"If the helmet visor broke, an automatic 'SOS' would go to the nearest ambulance service," Neetu remembers.

She also carried a Taser that the army gave her.

"It is a high voltage equipment. If I touched anyone with it, that person would be immobile for the next two hours."

As if these measures weren't enough, she also carried a knife inside her jacket.

Her live location was shared with her support system -- the All Indian Riders Group and the Jain Society.

In the South she says language was a problem, but she managed.

She fell down once on the Madurai-Kanyakumari section. "I rested for an hour and carried on, it was not serious," she shrugs.

The longest she travelled in a day was after leaving her hometown Udaipur when she clocked 570 km in one day.

Was she successful in driving home her message? "I think I have achieved it. Soon you will see 6,000 girls from all over the country traveling for up to 15 km to promote this cause at the same time."

Her advice to girls is: "When you are traveling alone, never speed. In fact, travel at a safe speed. Girls must undergo self-defence training and be mentally prepared and alert."

Her idea of women's independence doesn't mean only earning money.

"A woman should be allowed to make her own decisions without constraints." 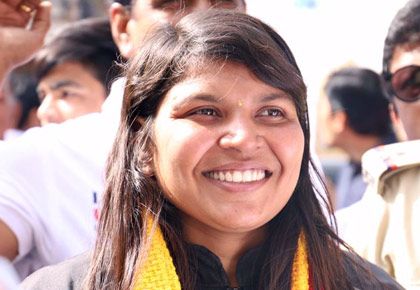