He often spends nights camping on the platforms of obscure stations, sometimes without food or water, anticipating the entry of a train -- either on camera or simply as a memory.
Amrita Singh reports. 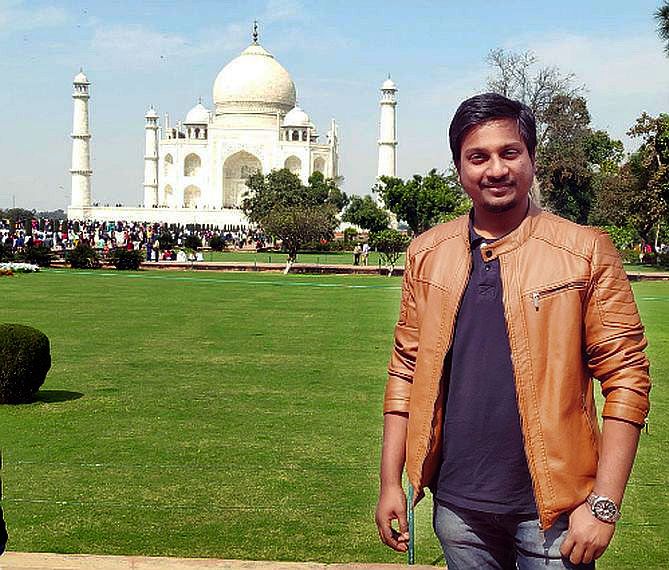 On the night of February 9, Railway Minister Piyush Goyal posted a video of India's first semi-high-speed train, Train 18 or Vande Bharat Express, zipping past a platform.

When he saw the video on Facebook and the congratulatory comments it had invited, Abhishek Jaiswal stepped in.

'This is my video and this is forwarded by 2x speed to the original,' he commented on Goyal's Facebook post.

His comment triggered a chain of responses, many of which called out the 'fake' video.

Jaiswal, who goes by Rf AJ on Facebook, is a railfan.

A mechanical engineer by profession, the 30-year-old Delhi resident is a trainspotter by hobby.

Armed with his Nikon Coolpix B500 and sometimes just his smartphone, Jaiswal takes pictures and videos of trains leaving and entering platforms.

He does this across stations in India.

The video Goyal posted was, in fact, shot by Jaiswal at Asaoti railway station in Haryana.

He had posted it on his YouTube channel, The Rail Mail, which has 9,700 subscribers, on December 20 last year.

Later, fact-checking Web site AltNews also established that the video posted by the minister was doctored and speeded up.

While he doesn't remember a time when he wasn't fascinated by trains, Jaiswal says trainspotting became a hobby some 10 years ago.

Now, he often spends nights camping on the platforms of obscure stations along with other railfans, sometimes without food or water, anticipating the entry of a train they can't wait to spot and capture -- either on camera or simply as a memory. 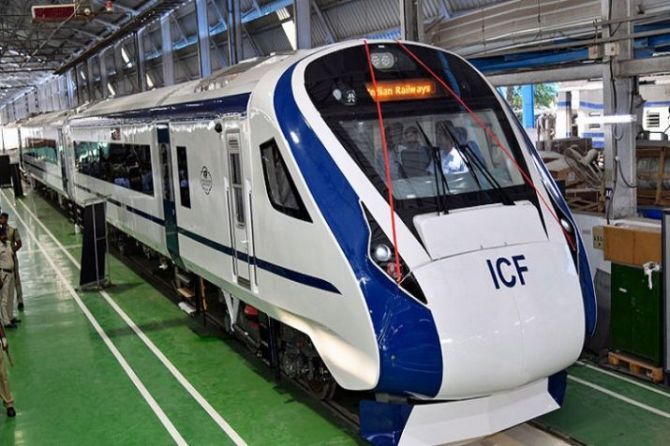 The page is full of posts about train schedules so that trainspotters can schedule their station visits according to the trains that interest them.

It also has videos, one of which explains the mechanics of train tracks.

Other videos inform enthusiasts about the workings of various engines installed in trains of different configurations.

But the most popular of all are videos of trains like the Shatabdi Express, Rajdhani Express and Garib Rath zipping past stations.

Jaiswal says till about three months ago, trainspotting wasn't easy as filming and clicking pictures of trains required the permission of the station master due to security concerns.

The rules have now been relaxed, legally allowing train enthusiasts to use their cameras to record train movements.

There are about 500,000 trainspotters in India.

The community is quite active on WhatsApp and most of the members are a part of several local and pan India groups that discuss and spot trains.

Some even have weekly meetings or make trainspotting trips.

For instance, two years ago, Jaiswal and some 50 other railfans went to Pachmarhi in Madhya Pradesh to spot and track trains.

Last year, the group made a trip to Goa.

"You have trainspotter groups across the country," says Jaiswal.

"Thanks to the hobby, I can say I have a friend in every state."