Where do Indians want to travel in 2022? 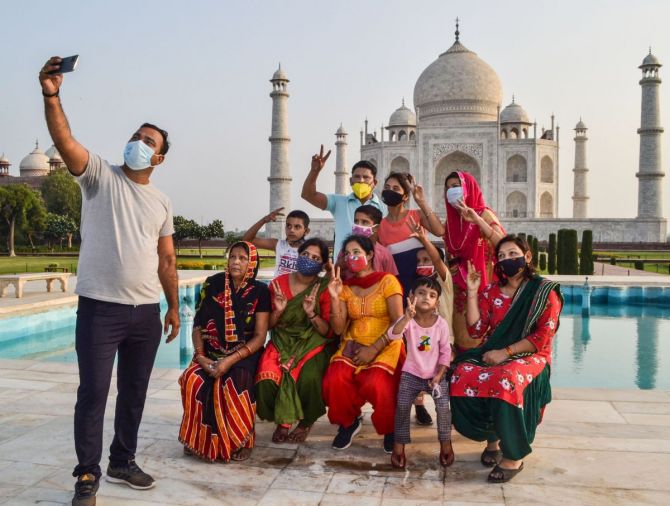 IMAGE: A traveler takes a selfie with his family at the Taj Mahal. Photograph: PTI Photo

Agoda collaborated with national and regional influencers to create video content in which they had to highlight options to travel, stay and experience across India.