Can Kenny Sebastian get serious? Only if it's funny!

With comic Kenny Sebastian, you don't just get a stand-up act, you get a performance, says Radhika Sharma. 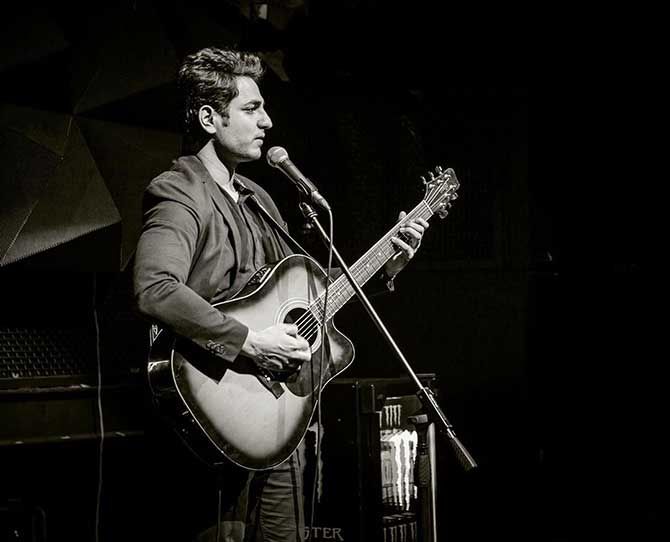 Often accompanied by a guitar on his Chai Time sets available on YouTube, in his first solo Netflix Original comedy special, Kenny Sebastian: The Most Interesting Person In The Room, Sebastian included a harmonium to somewhat give the experience of a fusion concert to the audience.

The 29-year-old comedian-musician said his journey began with music and after graduating to theatre and films, he "luckily" came into comedy.

"Music has given me a lot of joy. I'm very close to music. I had a band where I used to make the audience laugh in between the performances," Sebastian told PTI in an interview.

When he started out, he found that the usual rule about stand-up -- a comic talking in front of a microphone -- "extremely restrictive".

"I was like who made this rules because I tend to make jokes in multiple formats. It was very obvious to me that why won't I use every avenue -- lighting, stage, props and music -- I have to make jokes."

Sebastian said he was initially averse to putting a lot of music in the special, but fellow comics-friends Kannan Gill and Abish Mathew urged him to not "undermine" this aspect.

"Even though stand-up is very pristine, I was just trying to bring the music back to the audience. It's one aspect of the show that is purely for the audience because they really enjoy that variety." 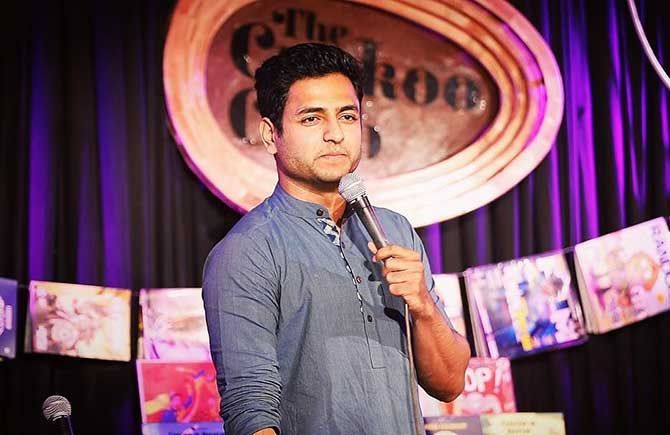 The week began with Australian comic Hannah Gadsby dropping the much-anticipated Douglas, the Netflix follow-up comedy special to her 2018 cathartic Nanette, and it turns out she and Sebastian are similar in more than one way.

Sebastian holds a degree in painting and sculpture, something which he underscores in the special like Gadsby, an art history major, did in Nanette and Douglas.

More importantly, the two comics are what one can call the rule breakers.

Sebastian said it is a "compliment" being compared to Gadsby, adding he doesn't like traditional stand-up.

"It's a shame to not use all the skills you have. I don't take it to heart if someone says what I do isn't traditional stand-up. The stuff Hannah or Bo Burnham does is utilise the stage, add a lot of elements."

The Most Interesting Person In The Room, whose theme is power dynamics and the underdog, is his sixth special and the comic said the ideal goal for a comedian is to stick to one idea while doing a special.

This one starts with Sebastian in school where his teacher who has all the power and goes on to shift gears to footwear, birds, family.

The ostrich-eagle joke, which is one of show's highlights, alone took him three years to nail.

"I tried that bird joke at a Bengaluru open mic, I just loved the part of enacting as a bird." 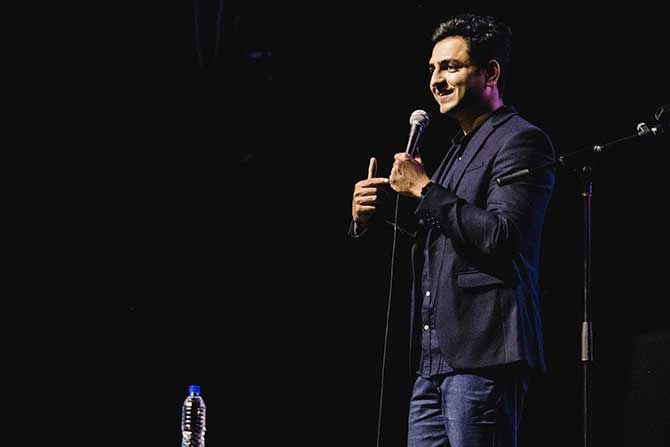 There are chances that in order to make things "interesting", a topic ends up so stretched that it's not funny anymore. Sebastian said if the audience doesn't respond, that's where the joke ends.

"You can't just sit at home, write a joke and hope it will work.

"You write in front of an open mic with people in it and the moment I extend the joke or it's getting too serious, I can see it on the faces of the people pulling back.

"If you have lost touch with yourself that's when you make the mistake of ignoring the audience."

The comic, whose charmingly irreverent jokes peppered with truth bombs generate laughs, said he didn't want to rely on a big callback to conclude his special.

A callback, in terms of comedy, is a joke previously told in the set that gives the audience a sense of participation in the act.

"The universal way for comedians to end a special is through a big callback and I didn't want that. It's too obvious and the audiences are smart they know what to expect. So I wanted to do a thematic callback which was through music.

"It's satisfying to do a thematic callback. But you can't avoid callbacks because it's just a great way to round things up. Callbacks are like salt -- when put too much, it ruins the entire dish, but if you don't put enough, it's tasteless." 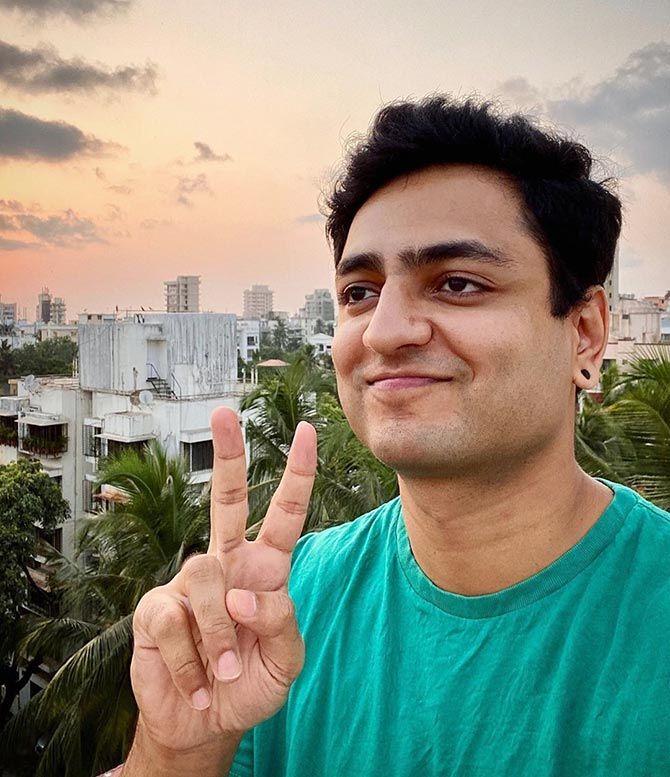 Be it Gill about his apparent weight gain in Yours Sincerely, Gadsby on her autism or Sebastian on struggling with self-worth, stand-up artistes are using such specials to open up about issues they have faced first-hand.

According to the comic, a movement is afoot which calls for "don't over-produce the content, tell us the truth.

"The audience is getting fed up of a lot of makeup, production design, overwriting and being too produced. I can watch a video of a dog doing something funny and that's where I am getting my jokes.

"They say 'I am watching you to get the jokes plus to know who you are'. If the audience is open to it, I thought let me also talk something about my struggle."

The comic said he chose to talk about self-esteem as it is something he has always battled.

"My self-esteem is attached to the value I give which is through music, stand-up, even as a family member or a boyfriend. This is something I have constantly struggled with. Feeling am I good enough, do I have to be the best, where do I stop."

He said it was his dream to land a special for the streamer and ironically when he did, it made him question himself, yet again.

"I always thought I'll be excited when that happens but my first thought was 'Do I deserve it? Are my jokes Netflix-level good?' So I wrote the special about this -- the constant trying to prove to myself that I am good." 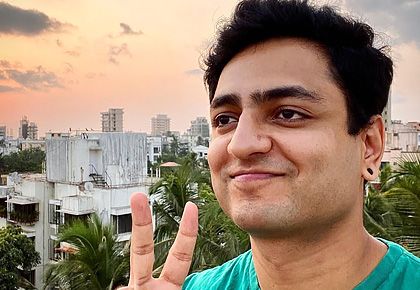