This one's a 'farrago' (thank you, Shashi Tharoor). But don't worry, we've got you covered. And the furore they started at IIFA with their 'nepotism rocks' chant and Kangana Ranaut-bashing finally began to simmer down. That is until Saif Ali Khan went all snobby Nawab on us and decided to show off.

Speaking to Elle on the subject, Khan said, 'It's easy to confuse nepotism with genetics. Maybe there is something in the genes too that makes many of Raj Kapoor's descendants actors or Pataudis cricketers. I think it's actually eugenics and genetics that's coming into play. Whatever it may be, this privileged versus the unaffiliated leads to a great deal of unfairness. Nepotism is also not to be confused with campism.'

Just in case things weren't bad enough, he added a dose of mansplaining: 'What Kangana might be talking about is that people generally promote their own people.'

And then continued, 'Nepotism is Donald Trump putting his son at the helm of things instead of someone more suited for the job. There are so many unequal opportunities in India today, no wonder then that people view us as being super privileged. Bollywood is a free market at its most brutal and nepotism can heighten that.'

As Elle noted, 'Saif has all the words.' But WTF did he mean? We looked them up for you.

The Oxford English Dictionary defines it as 'the science of improving a population by controlled breeding to increase the occurrence of desirable heritable characteristics.'

More importantly, eugenics has been viewed negatively since the 1930s, when the Nazis used it as a justification for the Holocaust.

Well this one not only stumped the Oxford English Dictionary and Merriam-Webster, it also stumped Google! But we weren't about to give up.

'Campism' is usually used in reference to politics. It refers to the formation of groups, coalitions -- or 'camps' -- based on similar or self-serving ideologies. It often leads to aligning with an extreme 'camp' to fight your opposition.

Back in March, Karan Johar had said, 'I don't think she [Kangana] has understood the entire meaning of the term.'

And now Saif has hinted that she might not fully understand the word.

But Kangana got it absolutely right.

Here's what the Oxford English Dictionary has to say about it: 'Nepotism is the practice among those with power or influence of favouring relatives or friends, especially by giving them jobs.' 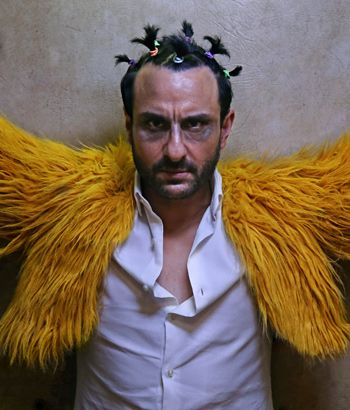 Rediff Get Ahead Bureau Mumbai