Chennai-based wedding photographer Varun Suresh shares the story behind the photograph that the Internet fell in love with. 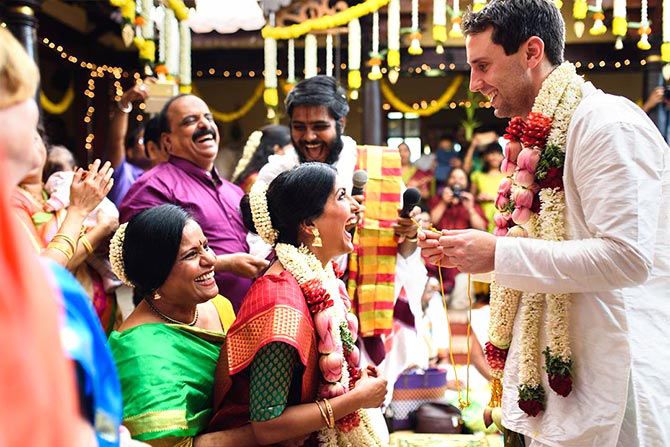 Bride Sandhya sits on her mother Raji's lap as the latter performs the kanyadaan. The groom Sam, from Australia and Raji's family members join in the rituals.
All photographs: Kind courtesy Varun Suresh 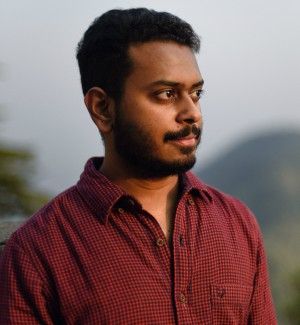 Varun Suresh has been shooting weddings for ten years now.

So when he took up the assignment of shooting this particular wedding, little did he know what was in store for him.

Last week, Shashi Tharoor shared Varun's photograph on Twitter and called it 'Terrific story of a single mother who performed kanyadaan for her daughter'.

As it turned out, Tharoor wasn't just the only one who spotted and lauded the photograph that broke stereotypes.

In the photograph that became viral, the bride is seated on her mother's lap, not father's like in the South Indian tradition, while performing kanyadaan.

The News Minute headlined the story: 'Single mother turning patriarchy on its head'

Varun's photograph of single mother Rajeshwari performing kanyadaan for her daughter is also special because the groom is from Australia.

In an e-mail interaction with Rediff.com's Divya Nair, the photographer shares the story behind the photograph that made him an overnight star and why he loves Indian weddings s much.

How did you land this assignment?

This part of the story is actually not glamorous. The bride's mother was looking for outdoor venues in Chennai and found Rina's Venue (in Chennai).

I have photographed a lot of weddings there, so that directly led her to my work.

How did you come about clicking the photo?

The wedding was an explosion of happiness which is not the case in most south Indian weddings as people are largely preoccupied with the ritualistic aspects of it more than the celebratory.

Srinivas ( my co-photographer) and I quickly realised we were amidst something truly special.

What is strange is, that didn't make us feel more pressure, on the contrary we saw ourselves become a part of the happiness and ride the flow of emotions, in the process finding ourselves at the right places at the right moments.

So, when this sequence of photographs happened we were more than ready to capture it. I am glad this actually sums the story of the three days in a simple yet beautiful manner. 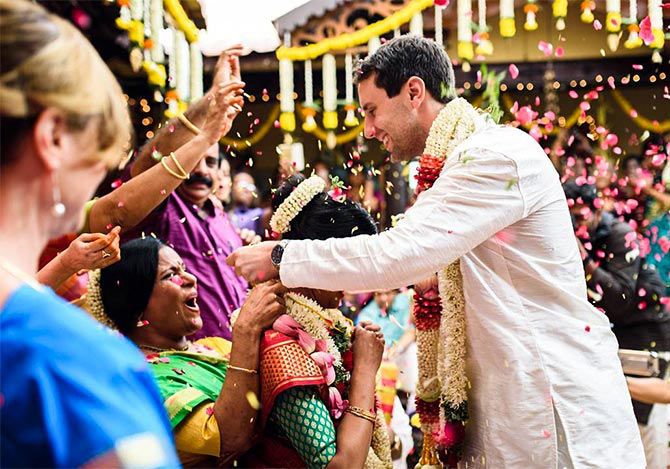 Were either of them apprehensive of you sharing their story in the public domain?

Thankfully no ( not yet ). It is an important story and it needs to be told.

They were always onboard with that idea. But, in the past few days it has been a bit overwhelming for us :)

Please describe your experience working with the family.

I am not particularly visibly cheerful while shooting but this wedding had me beaming for three days non stop!

That probably says everything about how much I adore them.

Is this the first time you have shot a photograph that defies stereotypes and social norms?

I am actually not sure. Indian weddings are a whirlwind of rituals often blindly followed by most without understand or even demanding an explanation.

Also, they are  energy sapping affairs in ways that are not fun. It is only when weddings slow down and invest energy in where it actually matters ( celebrating happiness) one can even make sense of the blur around.

The manner in which this moment defied stereotypes sets it apart from others. It wasn't a rebellious act at all.

It emerged from a place of love and logic, maybe that is why many have connected with the images as well.

In short, I am sure I have shot defiance of stereotypes but I do not remember it as well as this. 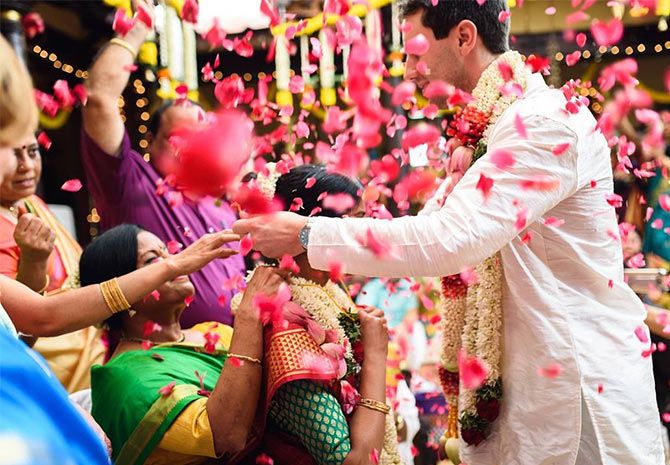 What challenges do you face while shooting Indian couples and covering weddings?

Indian weddings invariably become something of anxiety and not joy because we end up giving lot of unnecessary attention to things that don't matter.

Most challenges arise from that and that is how weddings here often become hectic and overly elaborate.

In other words maybe it is time to take a step back and not aspire for 'The Big Fat Indian Wedding'.

Small, quiet, intimate weddings are a lot more fun for the couple and those who love them :) Also they cost lesser.

What do you look for while covering a wedding? How do you prepare yourself?

I operate very instinctively. I do not make elaborate plans to approach a wedding.

It entirely depends on what the wedding has to offer in terms of overall energy and chemistry between the couple, their families and friends.

When all of that falls into place then automatically the wedding photographs look honest and beautiful. 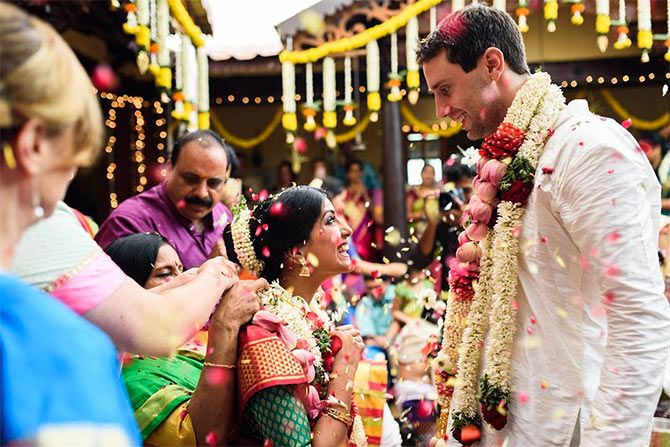 A lot of people including Shashi Tharoor shared your photograph. How do you feel about that?

This has been overwhelming. The internet works in strange ways. I have been shooting weddings for 10 years now and have always wondered why some photographs got more internet attention.

When it finally did happen I find myself not asking that question. There is no real way to know.

I am glad it is an important story and even if a handful of people find inspiration through this story, then the photographs and the accompanying words have done their parts.

What message do you have for aspiring photographers?

I remember long ago watching this photography tutorial where one of the students asked the tutor "Chris, how does one create  interesting photographs?".

He answered " Become an interesting person".

I personally feel in the age of never ending Internet noise the only way for one to remain sane is to be honest to oneself and not follow trends.

One might not ever become popular, but one would have definitely found sanity. And that alone is a reward worthy of all the time invested.