SEE: Why Jantar Mantar is a historical wonder

The observatory is a fascinating place for kids and adults, discovers Ashish Narsale.
All photographs and video: Ashish Narsale/Rediff.com

Have you been to Jantar Mantar in Delhi?

Then you'll agree why Jantar Mantar should be on everyone's itinerary.

The observatory built by Maharaja Jai Singh II from Jaipur features 19 interesting architectonic astronomical structures that were used to determine time, date, position of stars in the 17th century.

At a time when smartphones and technology have simplified our lives, places like Jantar Mantar blend our rich history and talent into teaching us basic concepts about math, science and geography.

Rediff.com's Ashish Narsale recently visited the place with his family.

Do check out some photographs of the fascinating observatory. And don't forget to watch the video where the guide explains the significance of the structures built by our ancestors.

IMAGE: The Vrihat Samrat Yantra is used to measure time based on the shadow cast by sun. 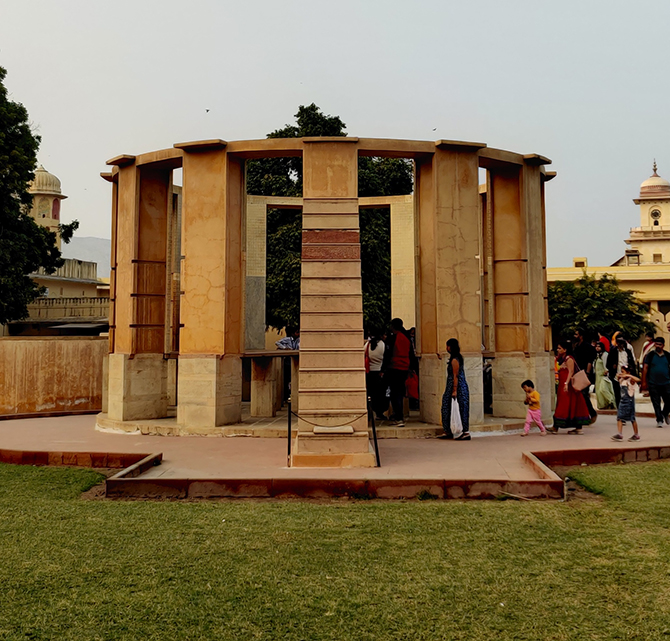 IMAGE: The Rama yantra is an instrument used to find the altitude and the direction of celestial objects from the sun.

IMAGE: The Laghu Samrat yantra helps measure time based on the shadow cast by sun. 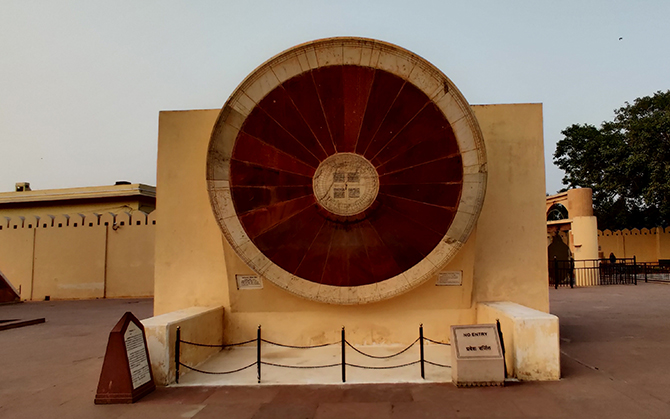 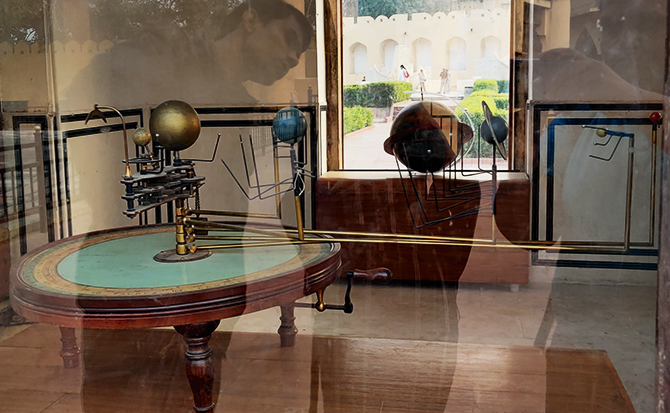 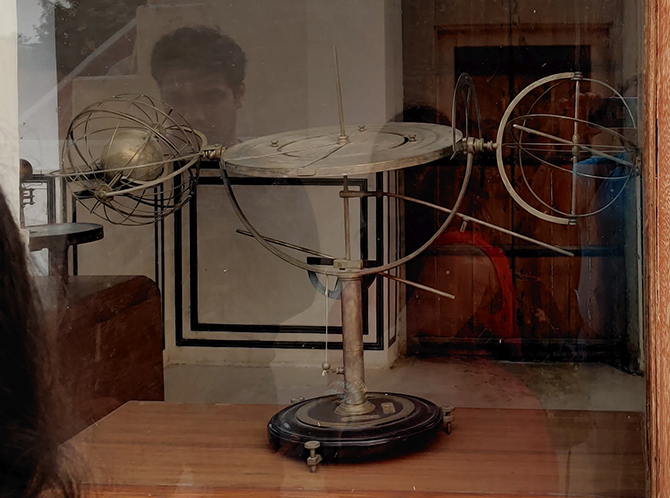 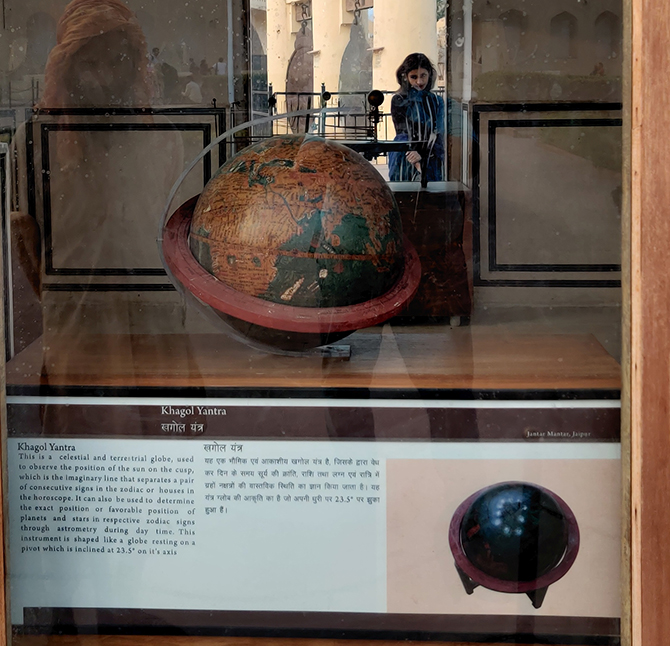 IMAGE: Jai Prakash yantra is a hemispherical sundial to measures altitudes, hour angles, and the angular distance of a point north or south of the celestial equator. 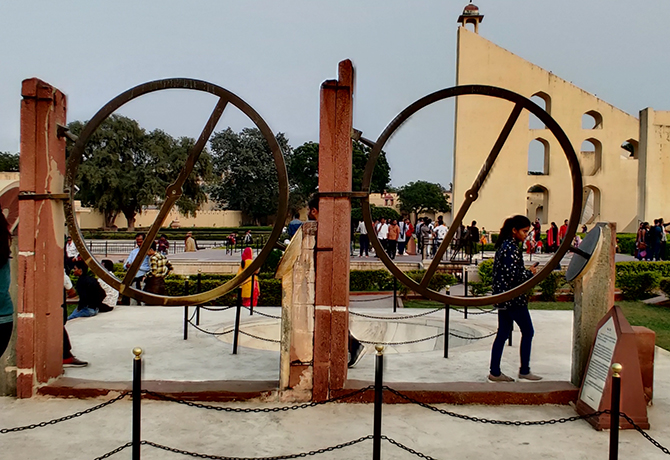 IMAGE: Chakra yantra also detects time. It works on the principle of shadow cast by the object placed in the center. 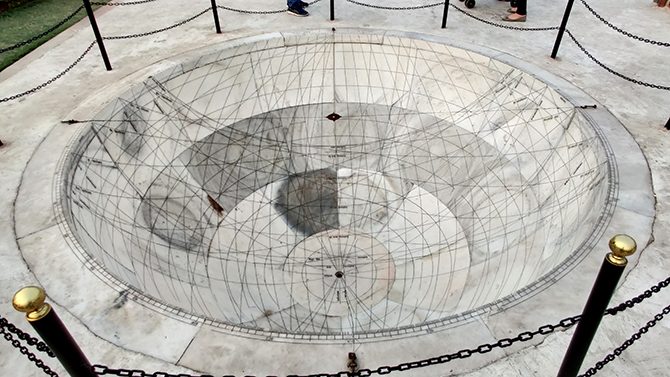 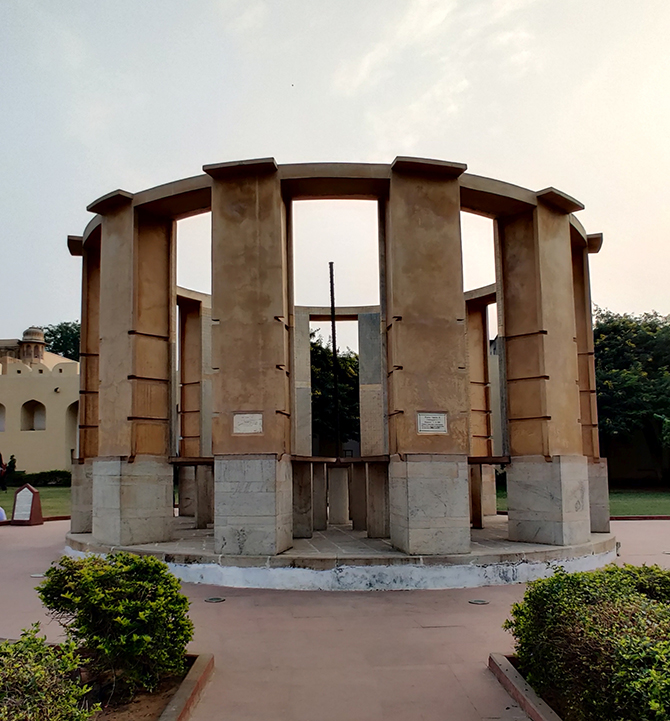 IMAGE: Rama Yantra was used by our ancestors to find the altitude of the Sun. 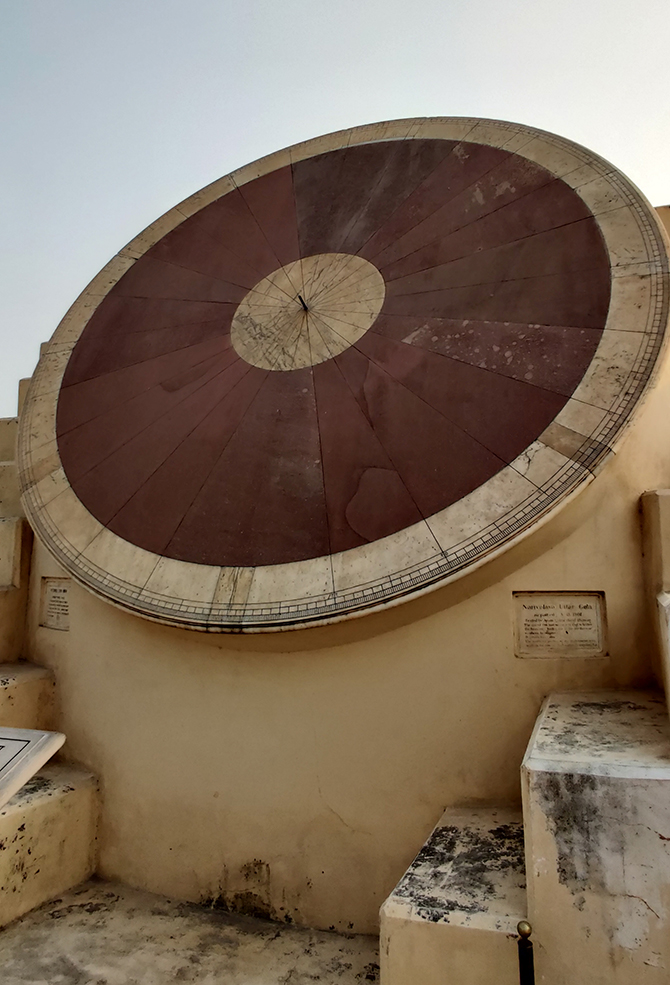 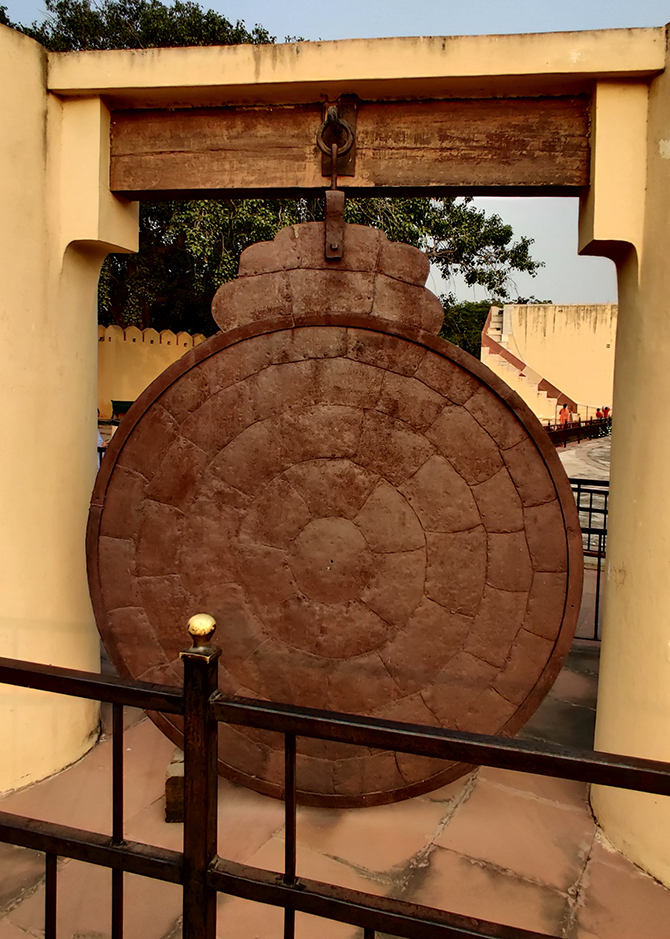 IMAGE: Yantra Raj Yantra is used to calculate the Hindu calendar.
Watch the video below to understand how these instruments work.

You may also write to getahead@rediff.co.in (subject: Travel pix) and share your travel stories and experiences with us. 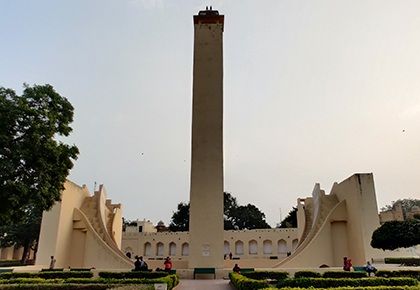