We dare you to visit these five haunted places 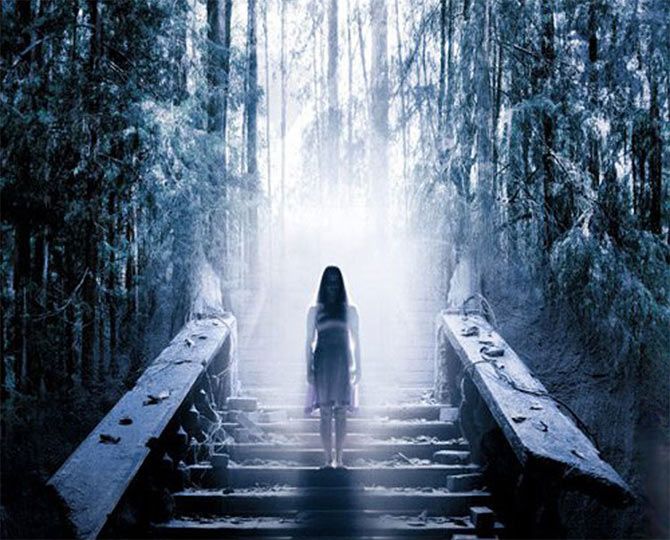 We love ghosts, don't we? In fact, our favourite way of killing time, especially when it's dark and chilly, is to narrate ghost stories. And the best part is that each one of us has at least one ghost story to narrate.

Similarly, every city has its share of ghosts who have continued to haunt old bungalows, cemeteries, palaces, and so on, with their escapades being kept alive by us who relish their presence.

Here are five of the most popular haunted places that you will find in Pune. 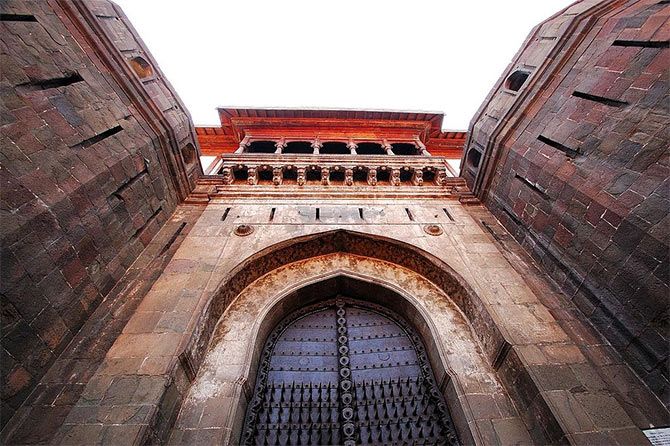 This was once the palace of the Peshwa rulers and was built in 1736 by Bajirao Peshwa I. During the days of the rule of the Maratha warrior king Chhatrapati Shivaji, this seven-storied palace was a prime administration centre and is a landmark of the city.

However, it was mysteriously destroyed in a fire in 1827. Such fires took place even later and the entire palace, except for its Hall of Mirrors, was razed to the ground.

Shaniwarwada, however, continues to impose its presence with the exterior walls intact and is an icon of the city.

Shaniwarwada's tryst with ghosts is in the form of a teenager's cry of 'Kaka, mala vachva' (Uncle, save me!) that is said to ring out every full moon night.

The story is that this was the last-heard appeal of 14-year-old Narayan Rao who was was cut into pieces in the year 1773 after his uncle Raghunath Rao's message of 'Narayan Rao la dharaa' (Catch Narayan Rao) to the guards was changed by his wife Anandibai to 'Narayan Rao la maara' (Kill Narayan Rao) and the teenager was so mercilessly hacked that his body parts had to be carried in a vessel.

Narayan Rao was Madhav Rao Peshwa's younger brother and a successor to the Peshwai clan. 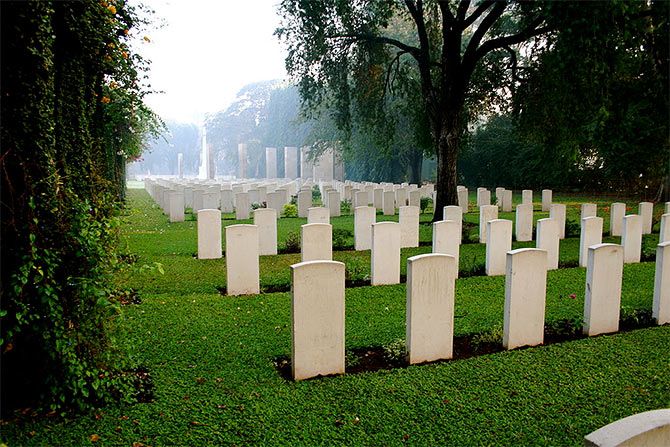 Those who reside on the campus of the sprawling Deccan College have often narrated stories of hearing the plaintive cries of soldiers in their final throes of death. This is attributed to the famous Battle of Khadki which was pitched on November 5, 1817 between the forces of the British East India Company and those of Bajirao II, the Peshwa of the Maratha Empire.

Incidentally, nearby is the Kirkee War Cemetery which was created to receive Second World War graves from the western and central parts of India where their permanent maintenance could not be guaranteed.

The cemetery contains 1,668 Commonwealth burials of the Second World War. 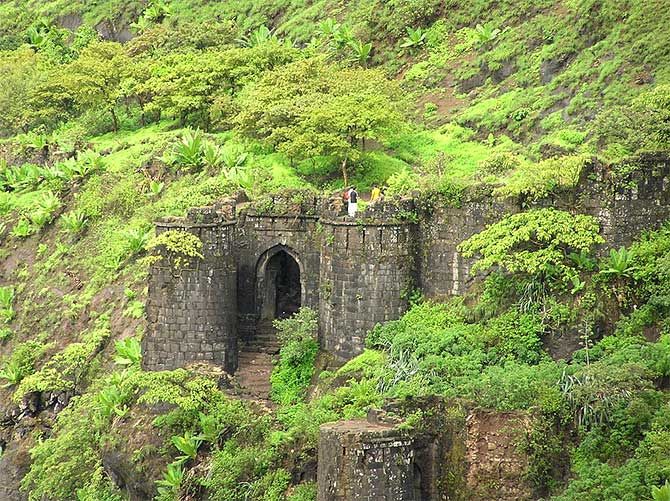 Sinhagad (The Lion's Fort), is a fortress located 30 kilometres southwest of the city of Pune. Previously called Kondhana, the fort has been the site of many important battles, most notably the Battle of Sinhagad in 1670. It was also strategically located at the centre of a string of other forts such as Rajgad, Purandar and Torna.

While the climb up to the hill, or even the drive, is an enchanting one for the landscape view it provides of the city and the small hamlets in the valleys encircling the hill, what remains of the fort are just some walls and structures that hark back to their majestic days.

While entry to the fort and the road leading up to it is now denied after evening hours, there are several reports from people who have heard the cries of the ghosts of those who were killed trekking up its slopes or committed suicide from the top. 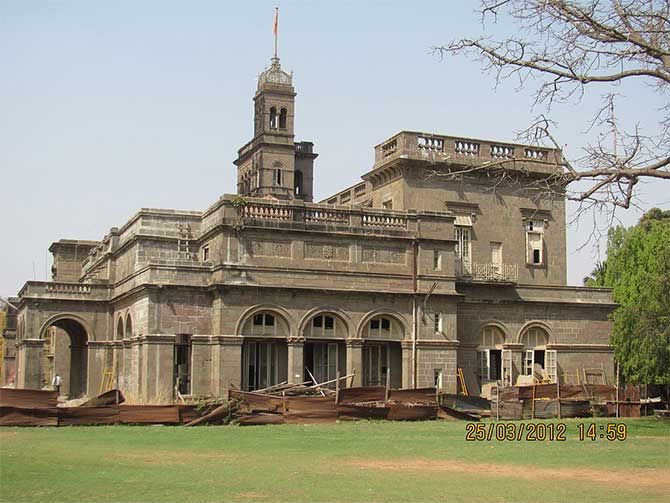 Students who reside on the campus of the university and have often stepped out for night walks enjoy narrating the sighting of a lady in white. This is believed to be the ghost of Alice Richman whose mortal remains lie buried on the campus.

Alice was a British-Australian woman who lived in Pune during the colonial era. She died of cholera on January 14, 1882, was buried at the exact spot of her death and has lain there ever since.

It is a solitary grave at the end of a clearing in the woods. Legend has it that Alice's soul has been restless ever since she died and that she has been spotted flitting about in a translucent white gown.

She is said to be harmless though. 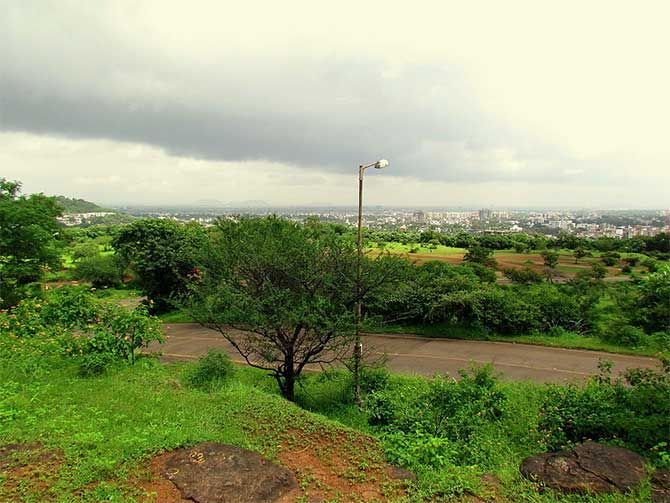 In the vicinity of Pune's most eminent Parvati Hill is a hillock called Taljai which is a favourite with walkers during the morning hours but becomes absolutely desolate post the evening hours. This is due to the presence of a crumbling house which was built as a place of pleasure in the 19th century by the Peshwas and gifted to one of their most loyal administrators, Sardar Thuve.

Later, the Thuves fell on black days, and their wealth dwindled so that only this edifice remained, where the last of them drowned himself in women and wine.

An emotional fellow, he marked the end of their lineage when, after a dancing girl spurned his love, he chopped her up in little pieces and then hung himself in the hallway.

Those who stay in the vicinity say that they have often heard the sound of 'ghungroos' during the night. Needless to add, no one ventures there to find out the truth!