San Francisco, nobody calls it Frisco, has its own laid back pace and is absolutely inviting. Ansh M visited the city recently and hopes to return some day… 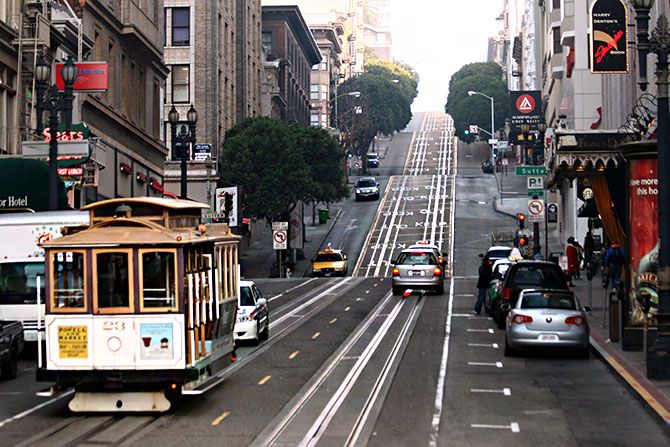 For most, the travel time to the American East coast in itself is a big deterrent. A dearth of direct flights to New York from India and the minimum flying hours of 18 hours and over can be a major factor in people opting for the highly popular Far East or Europe, instead.

To add another six hours flight to fly across the American continent to San Francisco on the West coast can be a tall order taken only if you have family working in the Silicon Valley or you are travel crazy.

Nevertheless, you cannot complete the American holiday experience, if you have not visited San Francisco even though the other city in the state of California might be more popular because of the charm of Hollywood.

In the middle of June, when the temperature should be soaring in the Northern Hemisphere, it is a cool 10 degrees Celsius in San Francisco. Even a full length leather jacket was not sufficient for the cold and chilly wind.

Do not bring your shorts or flip flops to San Francisco. Bring a pullover instead. Unless you want to be roaming around in a 'San Francisco' branded hoodie for the rest of your stay, which is a dead giveaway for unsuspecting tourists landing up without knowing the unusual weather of this coastal city. The best area to stay would definitely be in and around the Fisherman's Wharf. The place is buzzing with tourists and has a lot of attractions.

The various piers, restaurants, shops, Madame Tussauds, Ripley's Believe it or Not, Aquarium of the Bay, WW II submarine, the unobstructed view of the Golden Gate and The Rock, more famously known as the Alcataraz Penitentiary, temporary home of Al Capone and Machine Gun Kelly.

You could choose from a wide range of hotels around Fisherman's Wharf but with the rise and rise of AirBnB, you might want to go for a loft which might be more economical like I did. 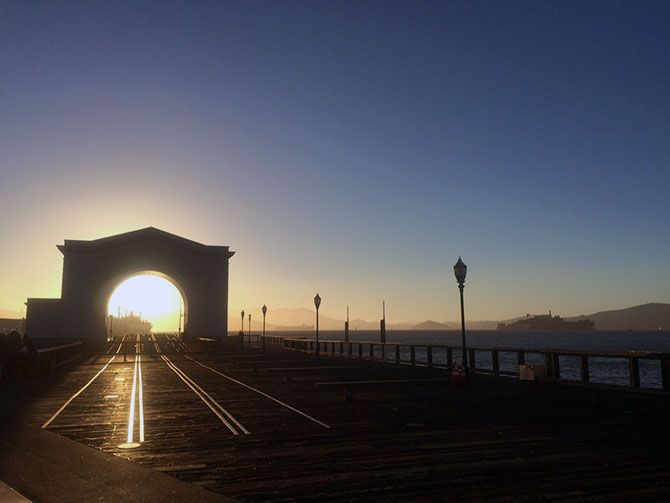 A few pointers for the constant currency converting traveler:

Within the city, take a three-day pass (called a passport) which is valid for all mass transport vehicles called the MUNIS. This includes public buses, subway trains, the classic street cars and the highly recognisable cable cars. The city is not too large and can be easily covered entirely via the public transport, which is cheap and not intimidating with its crowds.

In most cases you would only find tourists, particularly on the popular routes. A three- day pass will cost $26, which is a steal compared to the taxi fares. Do not forget to take in the charms of the street cars which have been in service from the early 1900s. The Alcatraz tour is almost always overbooked, which speaks of its popularity. If you wish to take the tour, book way in advance. The other option is to take a bay cruise on one of the ferries which gives a guided tour of the bay, taking you around The Rock. You can witness amazing views of the city from the bay and of the most iconic symbol of the city -- The Golden Gate Bridge.

If the view from the bay is not enough and your box is not ticked till you are over and across the 2.7 km bridge, then you can rent a bicycle for 20 dollars a day. However, be weary of the gusty head winds and the steep inclines of the roads.

The other option, which is less taxing, is the city tour bus which crosses the Bridge along with a few other sights and stops on the way to Sausalito Island which is across the bay. The island is a distinctly an elite neighbourhood with beautiful marinas and restaurants. The island was home to the late actor and comedian Robin Williams. 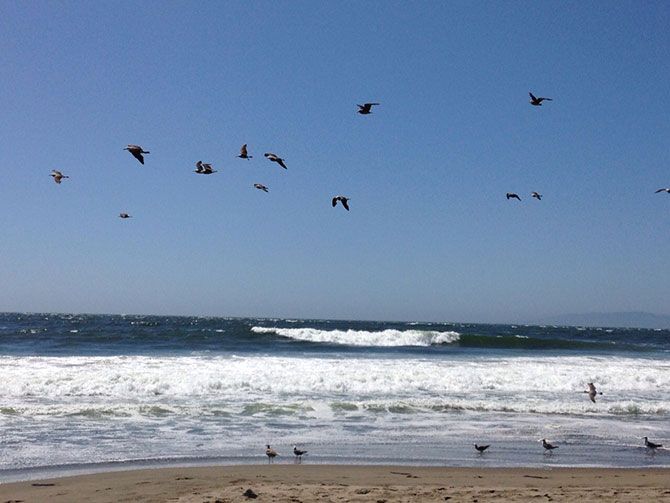 A visit to the West Coast can't be complete without dipping your hand in the Pacific Ocean. Take a bus ride to the Ocean Beach and experience the waves of the biggest ocean on the planet.

Witness the massive container ships making their way towards the San Francisco harbour through the strait over which the Golden Gate Bridge is suspended.

Supporters of the LGBT cause can show solidarity by visiting Castro, the neighbourhood that was made famous by Mayor Harvey Milk.

The beautiful four block neighbourhood, champions the cause and is one of the prominent symbols for LGBT community. You can take in a movie at The Castro Theatre, one of the classic single screen old world cinemas.

For the avid shopper, America is cheap for shopping clothes. But it is cheaper if you shop at Ross Dress for Less, located on Market Street close to the Union Square.

You could get your hands on designer clothing from the likes of D&G to Armani at throwaway prices. The proof of which was the need for me to buy an extra suitcase for the unplanned shopping spree. 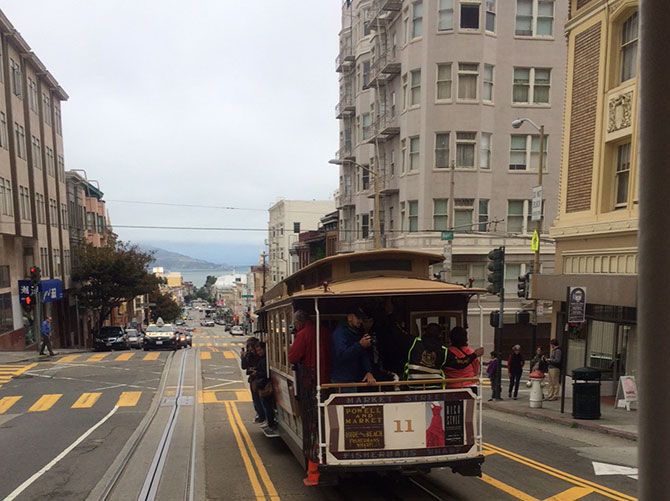 Last but not the least, the final box to be ticked by all tourists is the iconic cable car is an integral part of the history of San Francisco.

The wait in the queue could last for an hour or more and the ride from Fisherman's Wharf to Union Square is an unsatisfactory 15 minutes.

That sure is a bummer but you can't leave San Francisco without getting on to one and not without a picture for the FB album.

San Francisco, nobody calls it Frisco, is small, it's beautiful, it has its own laid back pace and is absolutely inviting.