Your ultimate holiday calendar for May

This is your chance to squeeze in a quick trip before the monsoon sets in.

Hoping to take a short vacation in May, but don't know where to start?

Here are our top four options. 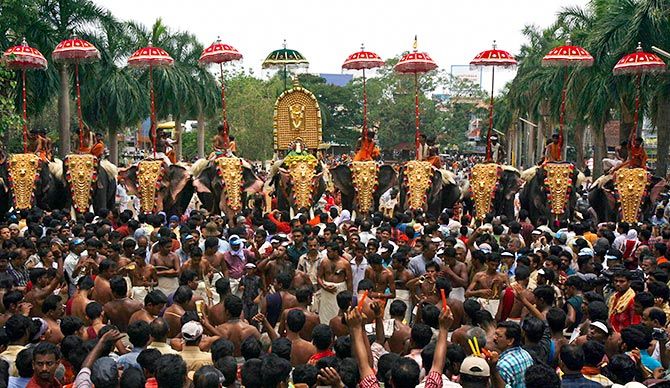 IMAGE: The best part of Thrissur Pooram is watching the elephants parade around, decked in gold and see the mahouts exchange colourful umbrellas.
Photograph: Jagadeesh/Reuters

If you haven't attended one of the most popular temple festivals in Kerala, then you have definitely missed out on the best.  You must attend Thrissur Pooram at least once in your lifetime!

The festival is held at the Vadakkunnathan Temple in Thrissur every year on the day when the moon rises with the Pooram star.

Temple deities are paraded on caparisoned elephants. The mood turns upbeat and lively with the sounds of people playing drums, horns and cymbals in sync -- it sounds like a musical chant of sorts and those sounds can lift the spirits of even the most sorrowful people.

When you are there, do attend the two-hour chendavadyam (with five instruments).

If you're one who is there for the sights and the sounds, then don't return until you have watch the fireworks at the end of the festival.

The Pooram day marks the meeting of deities of nearby shrines before the Vadukkumnathan Temple. The rituals conclude after the presiding deities from Paramekkavu and Thiruvampady Devi temples bid farewell to Lord Vadkkumnathan, promising that they would meet him next year for Pooram.

If you can't make it for Thrissur Pooram, then you can always attend the Kudal Manikkam Pooram at Iringalakuda, which takes place from May 6 to 16. The annual festival lasts for nearly 10 days.

Seventeen elephants take part in this festival and every day there is a seeveli (procession of temple elephants). 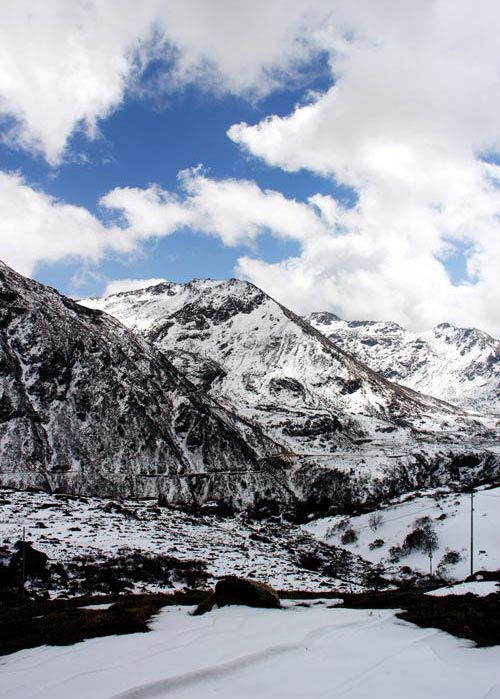 You don't need a reason to fall in love with Sikkim, but if you're travelling there in the month of May, there's one awesome reason: Sakewa Festival.

Also known as the 'land worshiping festival', Sakewa is celebrated with great gusto and enthusiasm all over the North Eastern state.

The festival begins with a puja for a good harvest, followed by traditional performances.

It is an interesting sight to watch this festival being celebrated -- one person beats a drum loudly and the villagers come out of their houses to offer the puja.

If you are lucky, you might get treated to some traditional dishes like wachipa (a dish made with rice, minced chicken and a powder made out of burnt feathers of a chicken) at some local's homes.

May also marks the beginning of the sowing season of cucumber and pumpkin, as it's that time of the year when cranes migrate to the Northern Hemisphere.

How to get there: You can take a flight to Bagdogra Airport near Silliguri in West Bengal. There are daily helicopter shuttles from there to Gangtok. IMAGE: You will spot this view when you drive from Chennai to Puducherry.
The scenic view and the sea breeze invites you for a long drive to a destination that is a photographer's paradise and a foodie's haven.
Photograph: Sanyam Bahga/Creative Commons

Before you jump to any conclusions, let's tell you that this is a 10-day festival which takes place in Our Lady of Lourdes Shrine in Villianur.

During the festival, the statue of Mother Mary is adorned with a special diamond crown and placed in a decorated car and paraded through the streets of Villianur -- that's from where the festival gets its name.

The festival gives you a chance to visit Puducherry before the monsoon sets in and spoils your vacation.

You can always pay a visit to the older French part of the town, which is well-known for its colonial style homes. 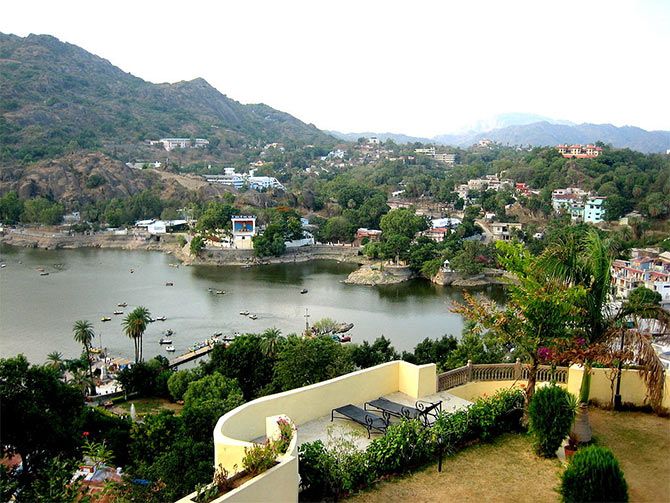 It is the place you should visit to get away from the scorching summer heat.

If you're visiting the hill station during the month of May, you must attend the three-day summer festival that takes place in Mount Abu.

The place comes alive with a colourful procession, sounds of music and fireworks. Expect to be surprised by folk dances, ballad songs and boat races on the Nakki Lake.

You can also immerse yourself in the Sham-e-Qawwali where singers from across India come.

How to get there? Mount Abu is well-connected by a railway routes and Abu Road is the nearest station.