Beat the devastating heat and explore these relatively un-spoilt hill stations down South which the British used to escape to! Tea and coffee estates, the smell of eucalyptus in the crisp mountain air, cool nights huddled in shawls, sylvan lake rides and mountain treks… Peace and tranquility is at hand! 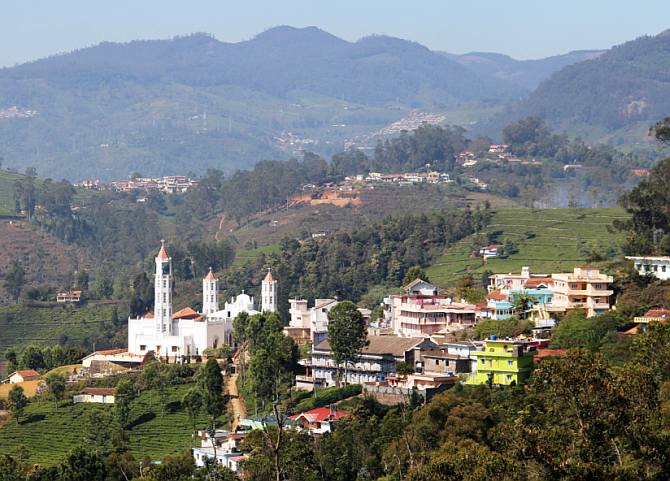 28 kms from Ooty, is one of the Blue Mountains hill stations and probably the quietest with its rolling green hills dotted with colonies of British type bungalows, tea estates and tribal settlements.

The St Catherine Falls offers a splendid view of the rugged hills and the 250-ft jet of water gushing down the mountain. Visit the pristine Longwood Shola forest, the panoramic Kodanand Viewpoint and the sacred Rangaswamy Peak Kannerimukku, the home of the first European resident of the Nilgiris, John Sullivan.

The bungalow has been used as a summer home and village school, and was then renovated and opened to the public in 2002. Today it showcases some tribal art, implements used by the tribes of the Niligiris.

Stay at Nahar's Retreatand Wellness Spa with a panoramic view of the valley. 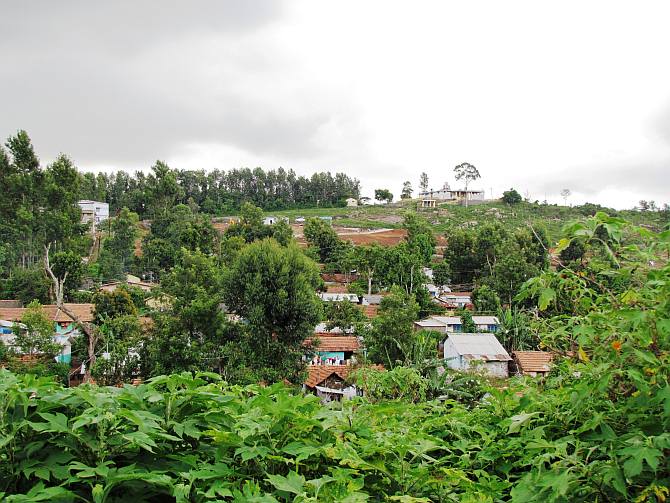 Yercaud, in the Shevaroy hills in Tamil Nadu was 'discovered' as a hill station by the Scottish officer and planter, named David Cockburn, who converted it into a summer retreat. Christian missionaries established the Sacred Heart Convent for girls and Montfort School for boys.

Yercaud is often called the 'poor man's Ooty' but it's a charming hill station with traces of the colonial past everywhere.

English-style bungalows, red-roofed, whitewashed cottages and Christian convents with immaculately maintained gardens line the streets of the town. Visit the Montfort school dating back to 1917 with its historic chapel where director Nagesh Kukkunoor shot his movie Rockford.

For a whiff of history visit the Church of the Holy Trinity built by the British in 1853. It has stained glass windows, red oxide floors and an atmospheric graveyard with tombs of old settlers.

Pray at the cave temple of Lord Selvarayan, the deity who is supposed to protect the 64 hamlets in this area. Local tribals celebrate their annual festival here every May.

Walk into the Botanical Gardens which are home to hundreds of plants including rarities like the pitcher plant and the Kurinji flower which blooms once in every 12 years. Spend some time near the lake feasting on hot chilli bhajias and corn on the cob.

Stay at Indeco Lake Forest Hotel with cottages and doubles. 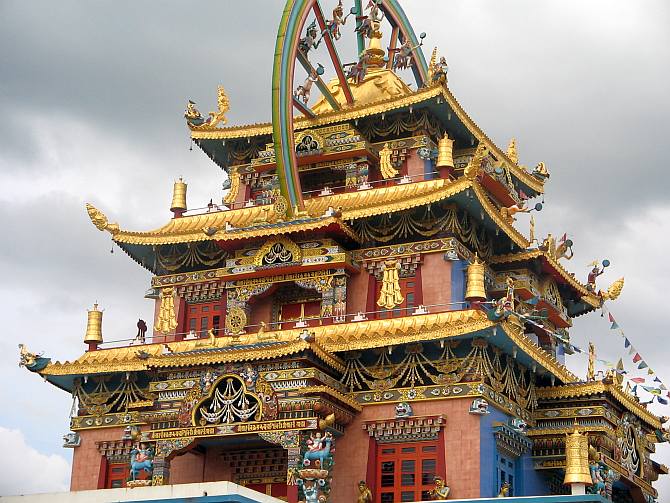 Often called "the Scotland of India", Coorg, in Karnataka, barely 260 km from Bangalore is a great destination to unwind. Madikeri or Mercara is the main town in Coorg and is a typical sleepy hill-town with shops selling plantation produce.

Madikeri is worth a day's sightseeing taking in the famous Omkareshwara temple and an old fort built by the Rajas of Coorg. Visit Bylekuppe, one of the largest Tibetan settlements in India.

The main attraction here is the Golden temple or the Namdroling Monastery. The walls of the temple are full of colourful murals depicting the life of Buddha. Make a trip through mist shrouded mountains and coffee estates to Talacauvery, the birthplace of the Cauvery River.

Cauvery begins its life in a small pond called Brahmakundike. For an intimate experience with the pachyderms visit the Dubare Elephant camp across the Cauvery where you can bathe and feed the elephants!

Stay at the super-luxe Tamara resorts with a great spa tucked into a forest. 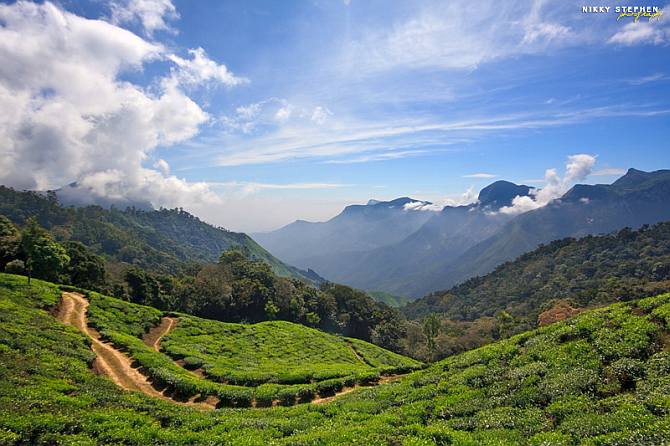 Glossy green tea plantations, beautiful lakes, wild life sanctuaries make this a hill station where lots of activities are possible. At Evarikulam National Park you can spot the endangered Nilgiri Tahr which is friendly and docile.

Visit the Tata Tea Museum where you can witness tea-processing and take a tour of the tea estate. Go to Echo Point which is about 15 km from Munnar and scream as loud as you can and wait for a minute!

Stay at Club Mahindra Munnar built on a cliff with comfortable doubles. 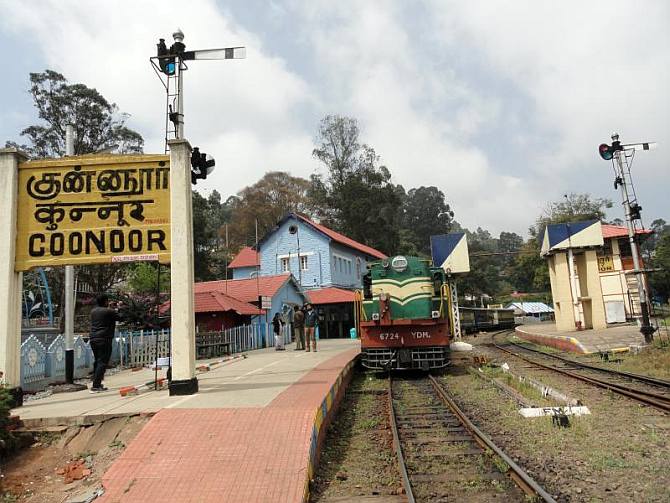 Coonoor is an idyllic hill station situated on the eastern side of the southern extremity of Doddabetta range, at an altitude of 1,858 metres above the sea level. It is a quieter alternative to the crowded hill station of Ooty.

With red roofed colonial homes, sprawling lawns, exotic flora and the cool mountain breeze, this is the second largest hill station in the Nilgiris. Take the Nilgiri toy train with a World Heritage tag from Mettupalayam to Coonoor and enjoy the ride.

Spend time on the manicured lawns of Sim's Park filled with different varieties of roses and magnolias, and get a bird's eye view from the Dolphin's Nose Viewpoint, Lamb's Rock and Lady Canning's Seat.

Also enjoy bird-watching, trekking and hiking as well as drive down the narrow winding roads and take in the scenery. For a whiff of history visit the St George's Church dating back to 1826. 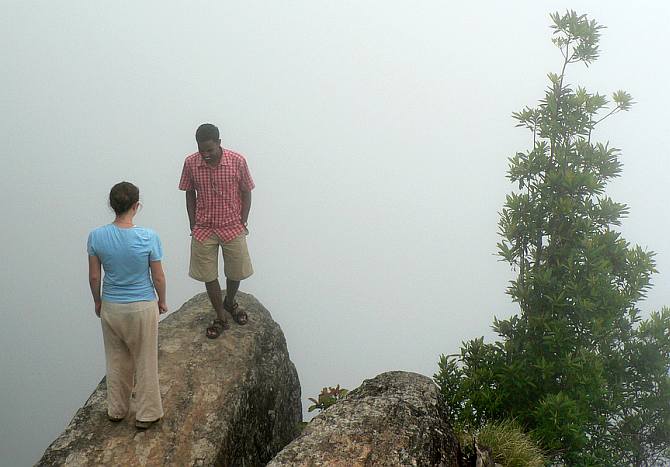 The literal meaning of this hill station located in the Dindigul district of Tamil Nadu is Gift of the Forest. Located in the Upper Palani Hills of the Western Ghats, Kodaikanal is the 'Princess of South Indian hill stations'.

Lush meadows, towering waterfalls, deep valleys and verdant forests make it a complete hill station. Boat on the Kodaikanal Lake, take a walk in Bryant Park, and get a panoramic sweep of the landscape from vista points such as Dolphin's Nose and Pillar Rocks.

You can picnic at the Bear Shola Falls and pray at the Kurinji Andavar Murugan temple. Take a walk along Coaker's Walk -- a paved pedestrian path running along the edge of steep slopes and visit the Shembaganur Museum of Natural History for their outstanding taxidermy collection of more than 500 species of animals, birds and insects.

Stay at the luxurious Carlton Hotel near the lake.