There are 13 starsigns -- and yours has changed! 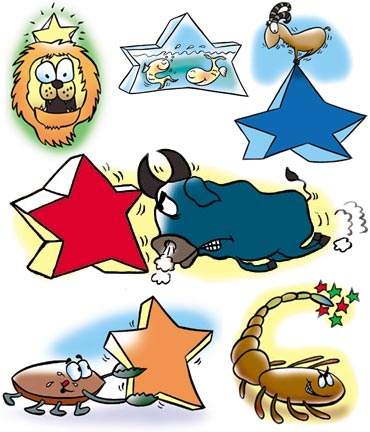 Thought you were a Scorpion? According to the gradual shift of the earth's axis over the last 3,000 years and its position in relation to the 12 signs, you're now under Libra. And oh, yes, there are actually 13! Illustration: Uttam Ghosh

Astrology buffs all over the world are in a tizzy after learning of a thirteenth sunsign yesterday, along with the fact that changes in the earth's axis have affected the starsign they are born under.

According to the Washington Post, Minnesota Planetarium Society board member Parke Kunkle announced the existence of the new sign, Ophiuchus, on an NBC TV show.

The constellation Ophiuchus is in the same plane as the other constellations of the zodiac, occuring between Scorpio and Sagittarius -- meaning that in Western astrology, people born between November 29 and December 17 now fall under that sign.

So how did all this come about? According to several Western astrologers quoted on the Internet, the existence of Ophiuchus is not a new discovery. The Western astrological chart is derived from that of the ancient Babylonians, who created the starsigns by tracking where the sun was in the sky each month. They then got rid of the thirteenth sign to bring the number down to an even 12 over 2,000 years ago.

Kunkle further added that the moon's gravitational pull has slowly moved the Earth on its axis in the last 3,000 years, creating about a one-month bump in the stars' alignment. The International Business Times quoted the astronomer as saying, "Because of this change of tilt, the Earth is really over here in effect and the sun is in a different constellation than it was 3,000 years ago."

In other words, all starsigns have changed. According to the ancient Babylonian chart that is followed today, those born between September 23 and October 22 are Librans. If, however, we take into consideration the shift in the earth's axis over the last two millenia, Libra now falls between October 30 and November 23!

Here is the system we've been following so far:

Now, compare it to the completely revised list as per the Minnesota Planetarium Society:

While the Western world is in a tizzy over this state of events, however, the news of a thirtheenth sign and the change in the order of things has hardly ruffled the feathers of Indian astrologers.

Says Vedic astrologer Mandar Naik, "The Indian system of astrology is based on the Vedic astrological chart, which is thousands of years old and different from the West. They follow the solar calendar, while we follow the Hindu lunar calendar."

Continues Naik, "The Western method of astrology has a very broad method of classification using the solar calendar -- it is a monthly system based on the position of the stars, which keep changing due to the shifting of the earth's axis. On the other hand, we Indian astrologers follow the Hindu lunar calendar, wherein phases change every two-and-a-half days! It is much more specific and it takes into account this shifting of the axis."

And for those who didn't already know it, the system of determining Indian starsigns follows different dates from the Western one. Explains Naik, "According to Indian astrology, a Libran is not one born between September 23 and October 22, but one who is born between October 15 and November 15. And besides the signs, Indian astrology also takes into consideration other factors while creating an astrological chart for an individual -- the birth date, time and even place. Meaning that even if two people are born on the same day at the same time, if one is born in Kolkata and the other in Mumbai, they will have different birth charts."