Summer Pics: The Many Moods of India

When he is not sketching the interesting state of affairs in the country, Rediff.com's Uttam Ghosh is quietly journaling the people of India through their fascinating stories and curious ways of life.

As the mercury soars in several parts of the country, Uttam shows us the many moods of the aam junta he has captured down the years.

From the busy streets of Jhargram, West Bengal to the southernmost tip in Kanyakumari, each of these pictures of summer tell a distinct tale of India. 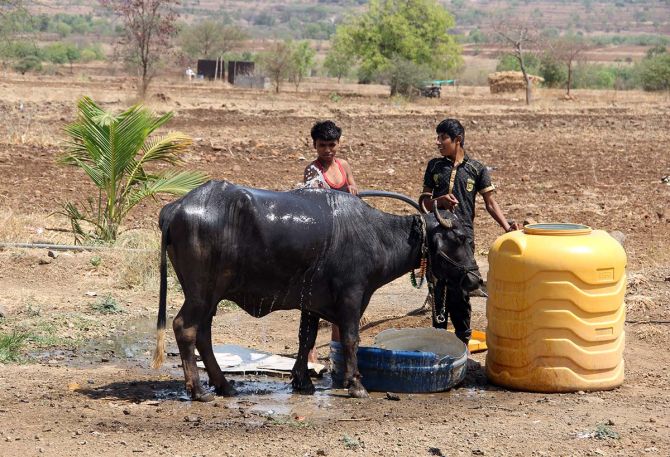 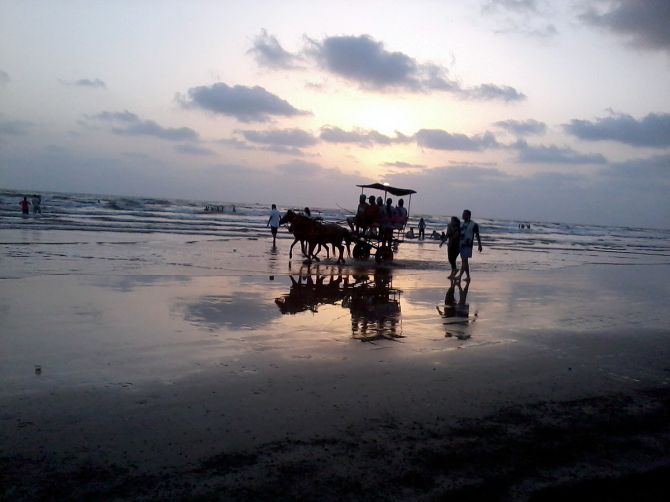 IMAGE: Travellers enjoy a horse ride as the sun retires for the day in this photograph from Alibag, Maharashtra. IMAGE: In Beed, Maharashtra, where temperatures hit between 36 to 42 degrees in summer, a young farmer takes his prized possession to a pond for a drink. 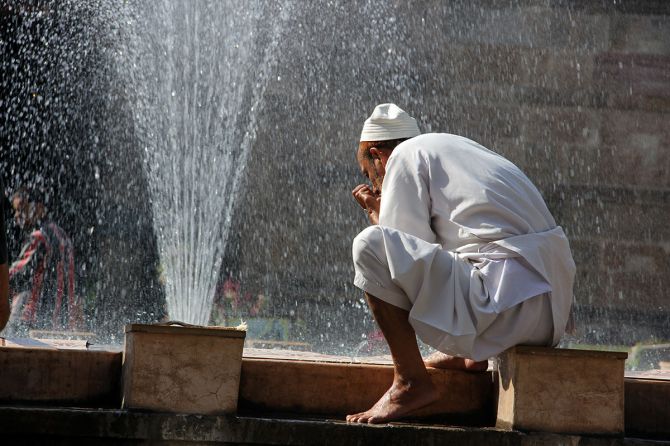 IMAGE: A man cleanses himself before noon prayers at a mosque in Ahmedabad. 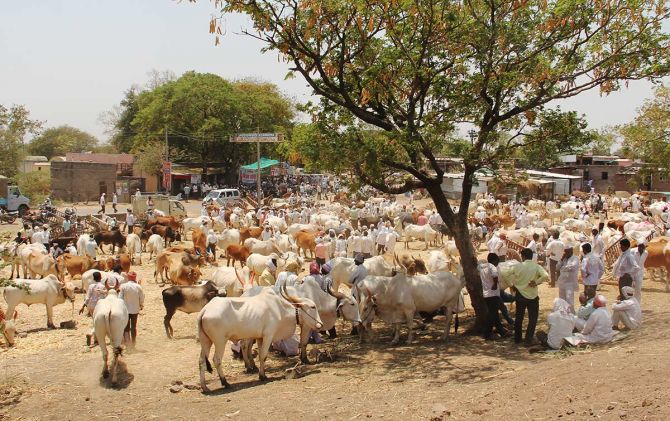 IMAGE: A cattle market in Maharashtra. With severe drought and mounting debts. farmers in several parts of Maharashtra are abandoning or selling their cattle. IMAGE: This young kulfiwala from Moradabad, Uttar Pradesh, has a quick solution to soothe parched throats. But are there any takers? 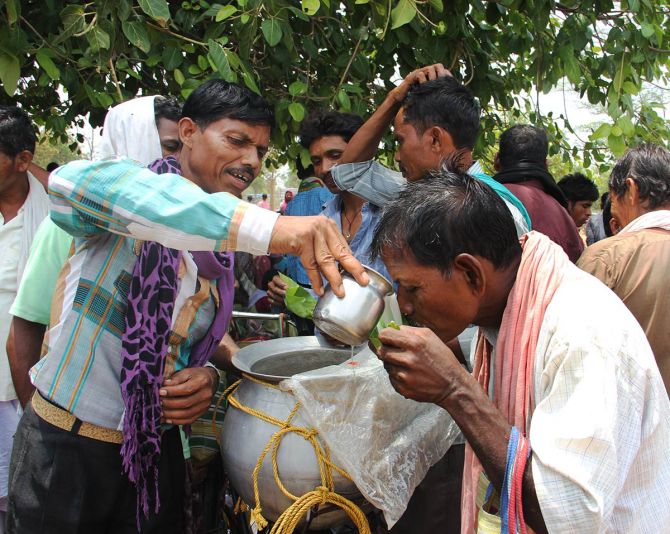 IMAGE: Meanwhile, mahua, a local liquor produced from the mahua tree is popular all year around.
At a popular weekly market in Gompad, Bastar, Chhattisgarh, Adivasis and their families from four states meet. The villagers prefer drinking mahua from a leaf cup. 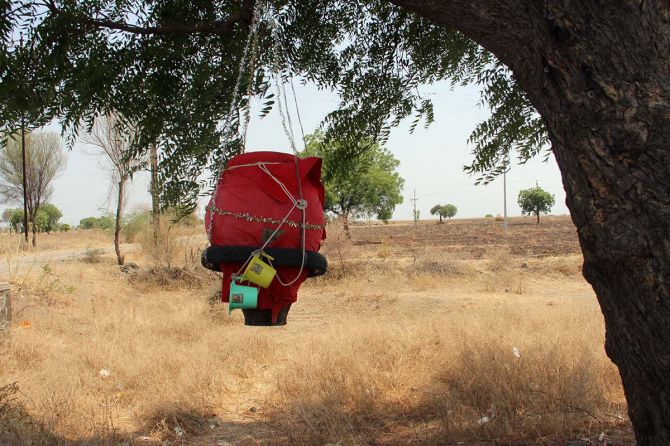 IMAGE: A rare but heartwarming image of a community water pot hung from a tree for local folk to access in the hot summers. IMAGE: Come rain or summer, there is no dearth of visitors in Kanyakumari from where you can view the Vivekananda Rock Memorial. 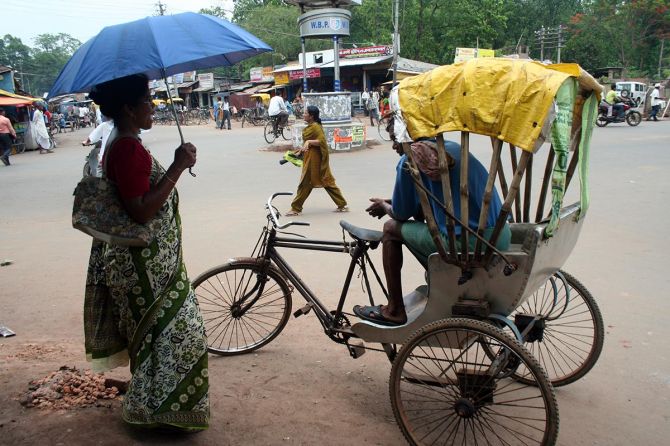 IMAGE: In Jhargram, West Bengal, where cycle rickshaws are still in vogue, a sari-clad woman holding an umbrella negotiates for a ride. 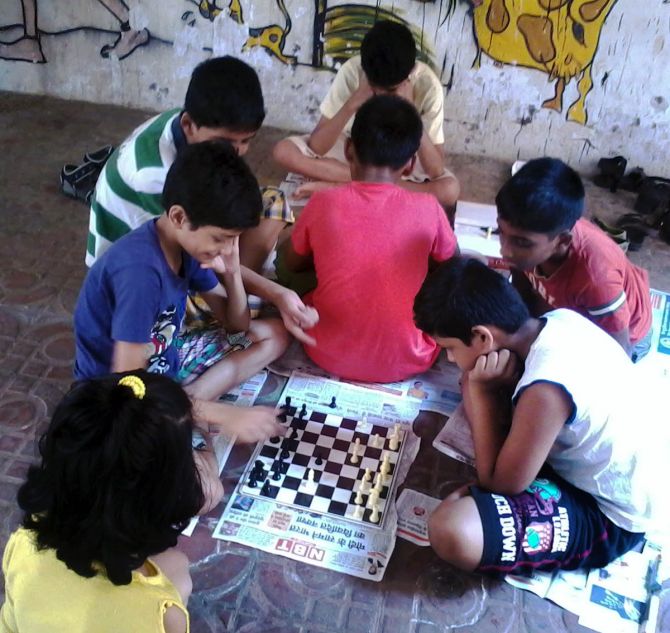 IMAGE: For the kids in most parts of our country, summer vacation is the best time to bring out card games, play ludo, snakes and ladders or challenge each other to a round of chess. 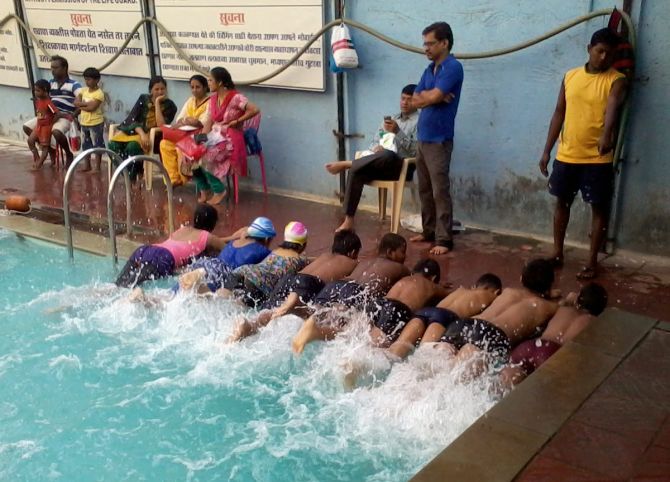 IMAGE: There are some who enrol for swimming classes during the summer holidays because it's the best way to learn a new life skill while beating the heat. IMAGE: And yet, there are a few of us who have to walk miles in the scorching sun every day to get to work either due to lack of commute options or simply to save some money.

Dear Readers, do you have a photograph that best describes summer?

Your photographs can be funny, heart-warming, quirky or just plain summery!

It could be a recent photograph or a blast from the past.

They could be from anywhere across India or the world, but they have to be original.

Do mail your pictures to getahead@rediff.co.in (subject: Summer Pics) along with your NAME and the place where you LIVE. Do include a little information about where you clicked the photograph and what makes it special. 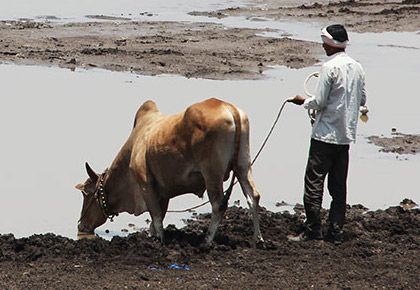