A look back at 10 of Rihanna's best style moments.

Singing superstar Rihanna has rarely disappointed when it comes to style.

Whether she is stepping out on the red carpet, showcasing a music performance, receiving an award or just heading for a casual evening outing, she has always given her look an exciting spin.

With Rihanna it's possible to expect a bona fide style moment every time she steps out.

Here's presenting 10 looks that we'd love to copy from her wardrobe. 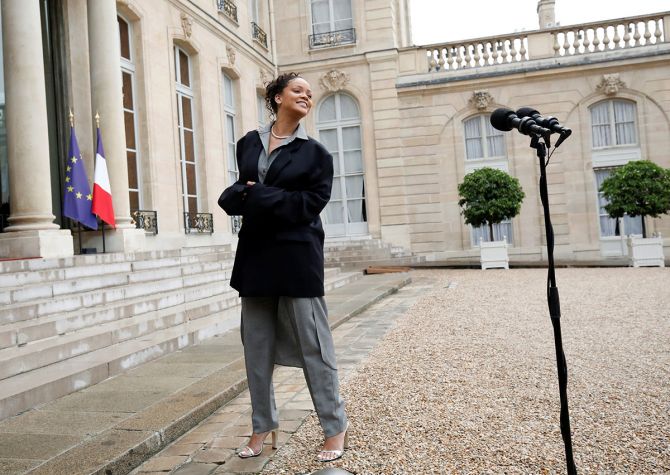 IMAGE: Grey and black is such a classic combination.
Rihanna's oversized coat paired with a grey pantsuit caught our attention and won our hearts.
She chose this look when she had to deliver a speech after a meeting with French President Emmanuel Macron at the Palace d'Elysee in Paris, July 26, 2017.
Photograph: Benoit Tessier/Reuters 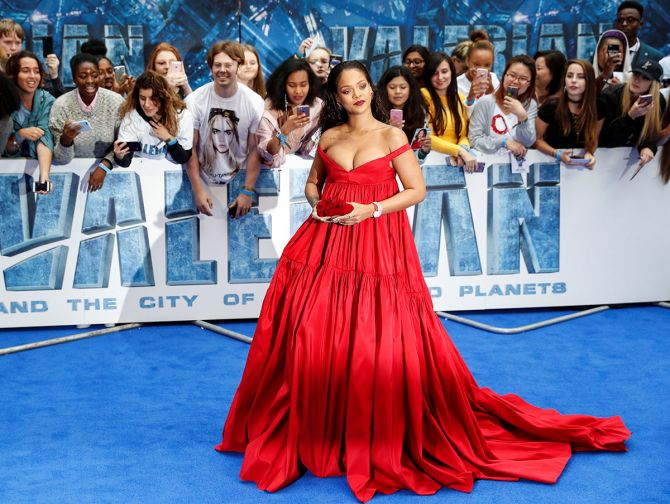 IMAGE: Who wouldn't want to own a stunning red gown like this one?
Rihanna channeled her inner diva at the European premiere of Valerian and the City of a Thousand Planets in London on July 24, 2017.Photograph: Darren Staples/Reuters 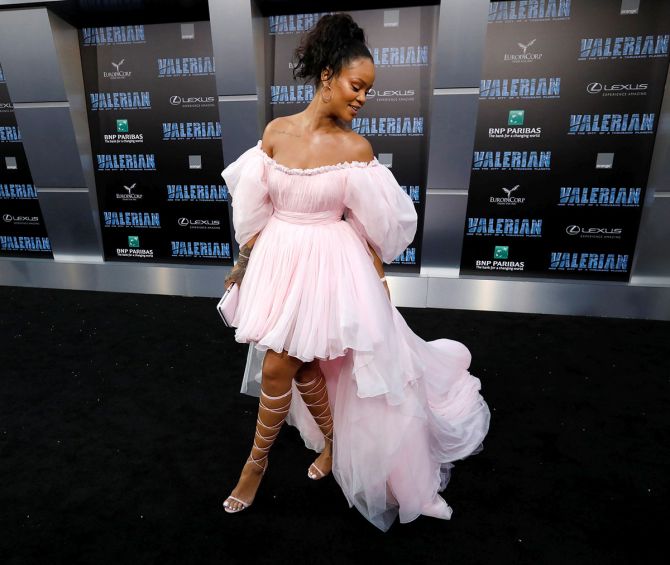 IMAGE: At the premiere for Valerian and the City of a Thousand Planets in Los Angeles Rihanna had a Cinderella moment in a flowing blush pink tulle off-the-shoulder gown.
Looking like the belle of the red carpet, she served up serious style inspiration and showed us how to have fun with a gown.
Photograph: Mario Anzuoni/Reuters 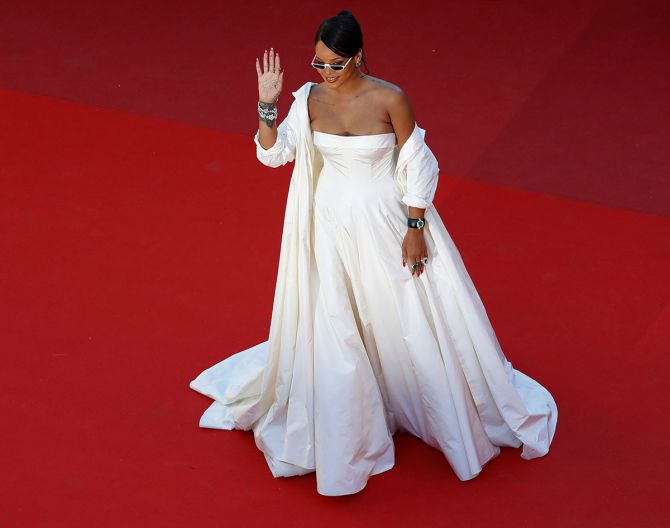 IMAGE: Only Rihanna could think of wearing sunglasses on the red carpet and pull off the look with such ease.
She won hearts on the Cannes red carpet with her all-white gown, paired to perfection with a long trench coat.
Photograph: Eric Gaillard/Reuters 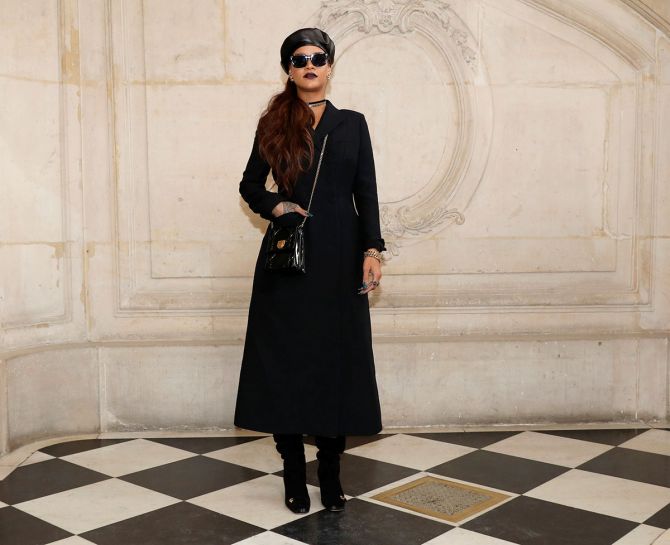 IMAGE: Rihanna poses during a photo call before the Christian Dior Fall/Winter 2017-2018 women's ready-to-wear collection during Fashion Week in Paris.
One can never go wrong with black, but the singer took this all-black look a notch higher and proved that being bold is a great thing.
Photograph: Gonzalo Fuentes/Reuters 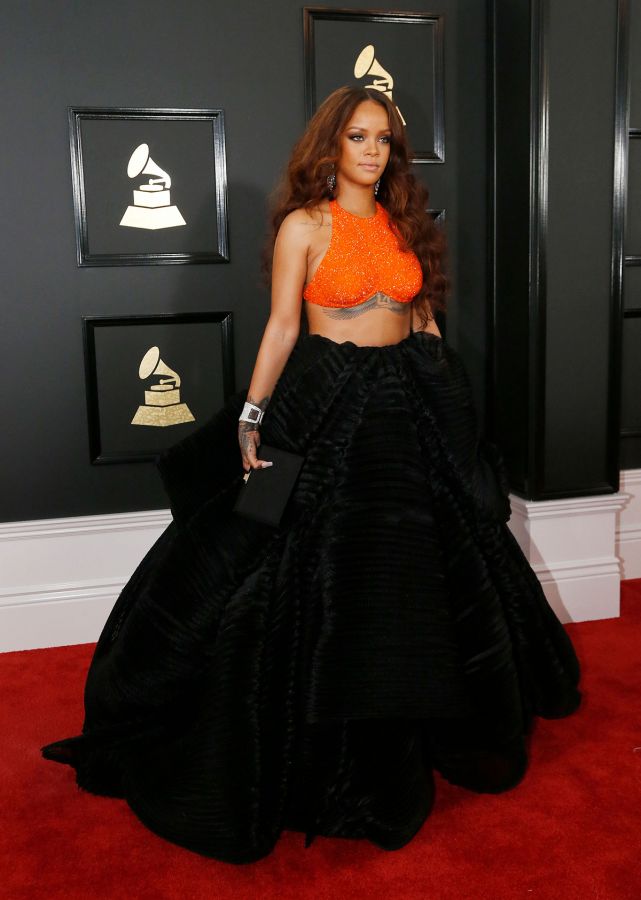 IMAGE: When you have fabulous abs, then why shy away from flaunting it?
Rihanna rocked an orange cropped top and a black skirt at the Grammies.
Photograph: Mario Anzuoni/Reuters 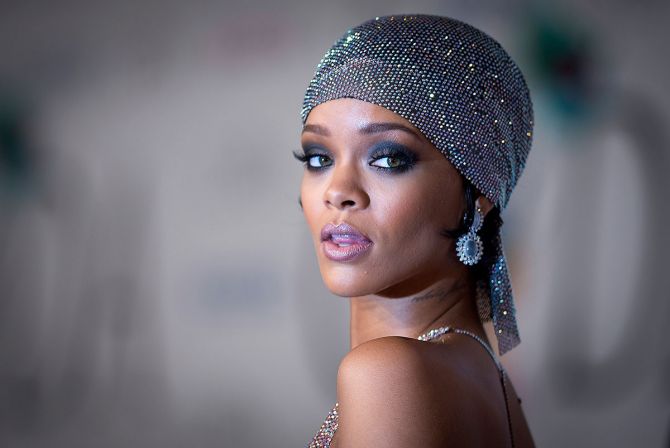 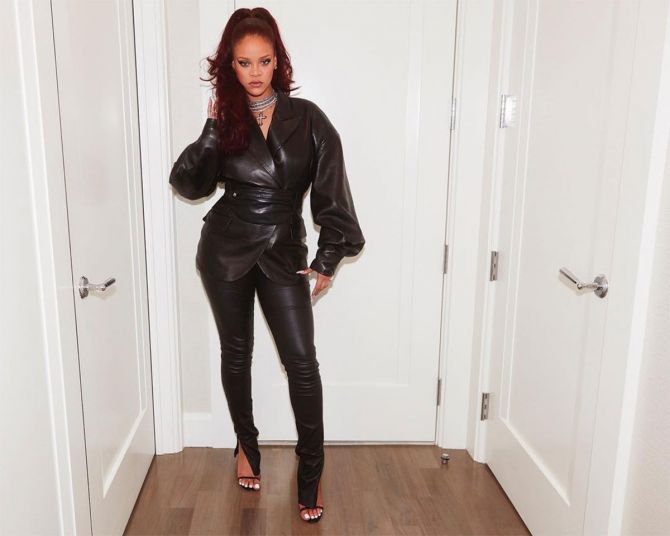 IMAGE: At the 2019 BET Awards Rihanna surprised all with a figure-hugging leather outfit that was hard to miss.
The coat featured a belt and puff sleeves, and her pants had slits next to the ankle.
Two years later, the look is still worth trying. Maybe you can try and pull it off with a half ponytail like Rihanna.
Photograph: Kind courtesy Rihanna/Instagram 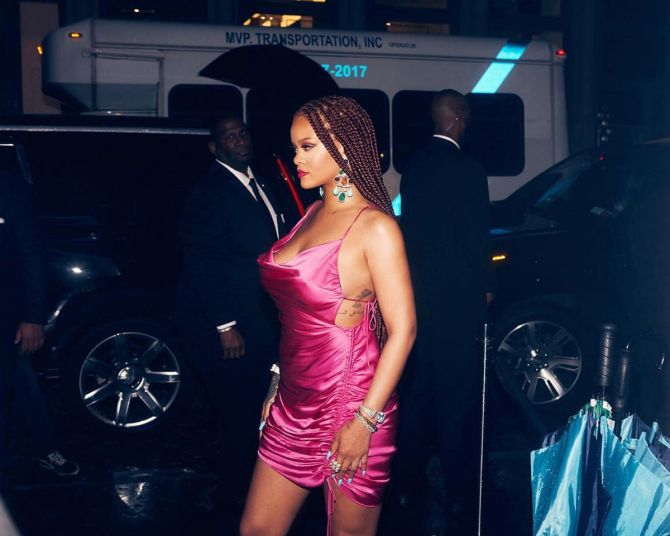 IMAGE: Hot pink looks great on Rihanna and it's a colour worth experimenting with.
The shade and sparkles are a perfect pair and so is the braided hair.
Photograph: Kind courtesy Rihanna/Instagram 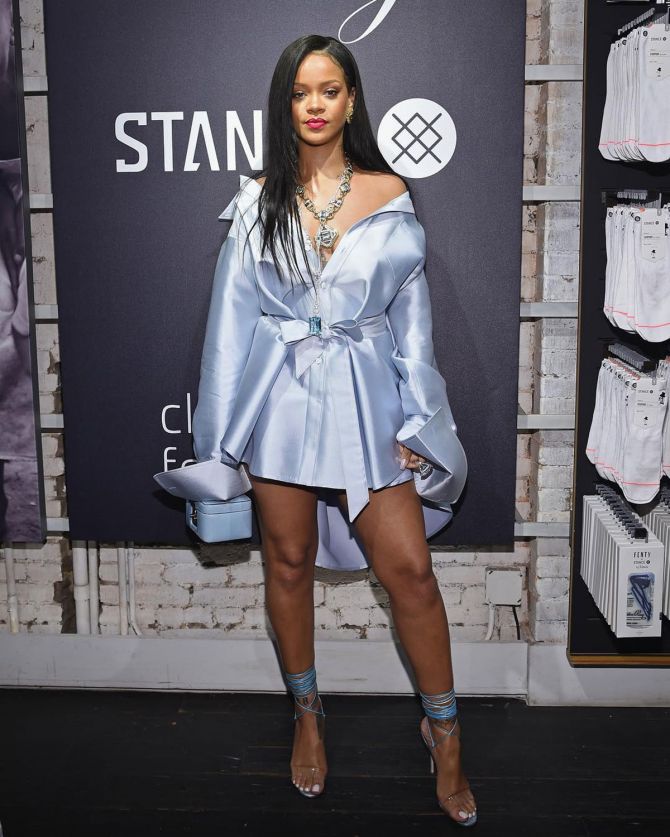 IMAGE: Oversized jackets are in vogue and Rihanna has a style tip on how to wear the look.
She styled the off-the-shoulder jacket with a chunky necklace, gladiator heels and red lips.
Photograph: Kind courtesy Rihanna/Instagram 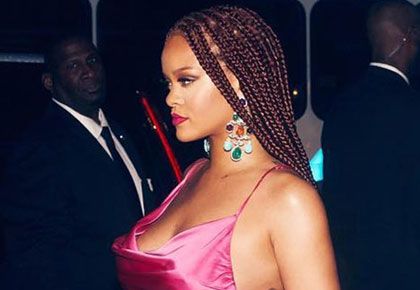