News
Business
Movies
Sports
Cricket
Get Ahead
Money Tips
Shopping
Sign in  |  Create a Rediffmail account
Rediff.com  » Getahead » Studying abroad? Here's how you can save on health insurance

Studying abroad? Here's how you can save on health insurance

General insurers in India have started campaigns highlighting the benefits of buying a student's travel insurance in India, as opposed to buying one offered by the university abroad, says Tinesh Bhasin. This time around, Indian students going abroad for studies (for the Fall semester) start receiving offer letters from foreign universities.

By the end of April, they need to finalise their university and complete other formalities.

General insurers in India have started campaigns highlighting the benefits of buying a student's travel insurance in India, as opposed to buying one offered by the university abroad.

In India, though this policy is classified as 'travel insurance', it primarily takes care of medical expenses incurred abroad.

In the US, it's sold as a health policy. The cost of student health insurance from a foreign university is considerable.

If a student buys the same policy in India, s/he can get it at one-fourth the cost, or even less.

The same holds true for countries like Canada, the UK and Australia, where the majority of Indian students go to.

As the insurance plan offered in India is a travel policy, it covers loss of baggage and passport.

The plan works even if the student leaves the country s/he is studying in and travels to another.

The critical component -- scope of medical coverage -- is similar for policies offered by Indian insurers.

If a student opts for one from a university, the scope of coverage (features) can vary widely. Before you decide on where to buy from, compare the two products on deductible, co-pay, and scope of coverage.

Most Indian insurers offer a $100 deductible, which means the student has to bear the first $100 of expense.

The insurer will settle the bill above this amount. A university plan abroad has a deductible of $250 to $400.

Typically, a plan from an Indian insurer will not have any co-pay.

A plan purchased in the US or Canada may have co-payment requirement, besides the deductible.

Also, check if the university plan is cashless and valid for the entire year.

Some universities offer plans valid for a limited period -- until the student is supposed to be on the campus. The coverage stops when the break starts.

Many universities offer waiver of insurance if you have one already.

Some make it mandatory to buy from them. Insurers say that if a student makes a case for travel insurance, they may offer a waiver on a case-by-case basis.

"Even if the university does not offer a waiver, a student should consider taking a travel cover for the additional benefits," says Bhaskar Nerurkar, head-health administration team, Bajaj Allianz General Insurance.

Among Indian plans, opt for one that does not distinguish between out-patient and in-patient treatment.

If a student suffers from tuberculosis, a policy that does not cover out-patient treatment will be of no use.

If you have any pre-existing disease, inform the insurer beforehand.

Indian plans don't cover mental illnesses at present, which may be covered by a plan offered by US universities. 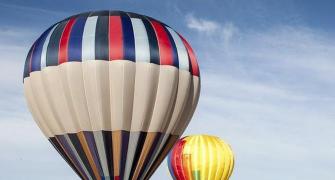