'I was groped in an auto in Chennai'

The shocking rape of a young woman in New Delhi on December 5 by a taxi driver has once again revealed how unsafe women are in India.

Last week, we asked you to tell us if you've been harassed in your city.

Suman Sarangi tells us how she was harassed in Chennai. 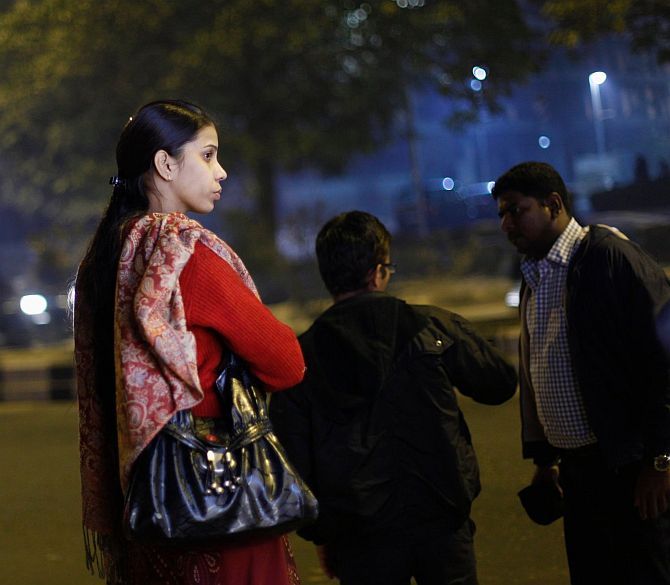 I have been harassed in Chennai, which is considered very safe for single working ladies.

Incident One. While travelling in a shared auto, a man sitting to my right tried to put his arms around me.

Initially, I thought he was having a problem sitting in the packed auto. I soon realised he was trying to grope me.

Incident Two: Once I got late while returning from work.

I asked a male colleague to walk me back to my place.

A man driving a moped was coming from the opposite side of the road.

The man hit my arm so hard I shouted at him. Even before anyone could respond, he had driven away.

After experiencing these mishaps, all I want to say is -- if you stay safe, then everything is safe.

You have to be careful when you venture out because you won't be lucky to find a noble autorickshaw driver (like I did) all the time.

Have you been harassed in your city?

E-mail getahead@rediff.co.in (Subject: I have been harassed) and tell us how you were harassed and how you dealt with it.

Please mention if you wish your name to be withheld.

It is time to raise your voice!