From gourmet music festivals to musical comedies, 2015 promises gigs that are unique and have a soul. 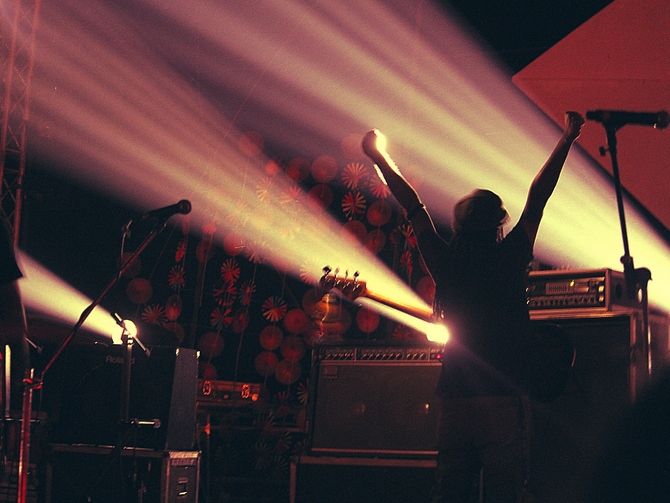 Going by what event organisers have to say, India is heading the European way when it comes to consuming music, with growing focus on live entertainment.

Several destinations and most music genres have unique festivals now and this trend will continue in 2015, observes Ashutosh Pande, founder of Bajaoo Consulting and Entertainment

"Also, simple artist-led concerts are not enough. There needs to be variety and soul," says Jaideep Singh, senior vice-president and business head, Viacom18.

He also sees the potential of musical comedy being explored further.

The coming year will also see efforts to bridge the gap between Northeast India and the mainland through regular tours going in and out of the hills.

Arjun Ravi, music journalist and NH7 co-founder, expects this festival to boost Mumbai's heavy metal scene, which has seen a lull after the city's annual Independence Rock concert stopped about five years ago

Big69, managed by Ashutosh Pande's Bajaoo and supported by Pepsi MTV Indies, will bring in international musicians such as Carcass, an extreme metal band known for morbid lyrics, and progressive metal group Sikth.

Nepal's Underside and local favourites Demonic Resurrection are also part of the lineup.

Another festival to watch out for in the heavy metal space is the Bangalore Open Air, which will feature Belphegor from Austria, Napalm Death from UK and Inquisition from USA.

Where: Richardson and Cruddas, Byculla, Mumbai

"Because most things die when they are wildly popular.

"The hipsters will want something new." Chinapa will bring electro-house musician Steve Aoki to India for a three-city tour as part of Supersonic Arcade.

Apart from zestful tunes, the DJ is known for stunts like throwing cakes at the audience.

Where: Mumbai, Delhi and Bangalore

The indie music festival will go to Shillong for the first time where, festival co-creator Arjun Ravi says, "rock music is bigger than Bollywood and you might hear Elvis playing in a tiny village home."

The list of performers is still under wraps. His team will also launch Stage 42 next year, which includes music, comedy and theatre performances.

The musical segment will feature The Raghu Dixit Project with Nritarutya and more.

Where: Shillong (NH7) and across cities (Stage 42)

The desert festival, Ragasthan (pictured above), will return to the sands of Jaisalmer, next year.

The edition will have small events peppered across cities before culminating in the large-scale gathering in Rajasthan.

The first of these shows will be by the Rio Samaya band, which will perform folk rhythms and romantic melodies in Spanish, Italian, English and French in Mumbai.

Even if it chooses to go by a curious tag "gourmet world music festival", SulaFest 2015 will bring an interesting mix of performances by international and home-grown artists.

The event, which attracted 10,000 visitors in its last edition, will be headlined by California-based rock band, Young the Giant.

Three young acts will travel from Britain, including dub band Gentleman's Dub Club and rock band Will and the People.

The Indian artists will include Lucky Ali, fusion band Swarathma and Nucleya.