6 reasons why I drop my daughter to daycare daily

"My daughter has taught me to be more patient, more thoughtful and more understanding...

"The last thing I would want to do would be to hold her responsible for not being able to chase my dreams," says Avantika Kukreti. I am a working mum and it goes without saying that I am the subject of attention of every aunt, stay at home mum and just about anyone in the building that I live in, even beyond.

Reason? I have chosen to continue my job after I became a mother and send my child to the daycare.

There are many who come to me and ask questions like "Don't you feel guilty leaving her in the daycare for the whole day?"

And then there are some who would say nothing but give your daughter that sympathetic look which simply says "poor girl has to stay in the daycare whole day".

First things first, how I plan to bring up my child is none of their business.

Next, I'd like to set the record straight once and for all. Yes, I leave my daughter at the daycare and I am happy to do that.

I have no guilt whatsoever in doing so and if you still want to hear about it, here are my reasons for it:

Yes, I am ambitious and I want to be successful in life.

Is there anything wrong in that?

Does my being a mother act as an obstacle in my career path?

In fact, I have become a stronger and a more focused person after motherhood happened to me.

My daughter has taught me to be more patient, more thoughtful and more understanding than I was before she was born.

She has made me a stronger woman and I am thankful to God that he gave me a wonderful daughter like her.

And the last thing I would want to do would be to hold her responsible for not being able to chase my dreams.

I don't want her to be a subject of my frustration, I want to love her unconditionally, without any baggage.

#2. The same rules don't apply to the father

When I was looking for a job, every other person under the sun asked me just one question -- who will be taking care of your daughter when you're at work?

I got so irritated with the attitude that in the next interview I simply asked back -- do you ask the same questions to the father?

Honestly, does anyone ever ask the man how does he plan to take care of his child when he's at work?

Is he not an equal parent? Is the child not his responsibly as well? Why target the woman each time?

And, I am happy that my husband agrees with me and supports me like no one else.

So when my daughter falls sick or if she has vacations or the daycare is closed, we take turns to take leaves from work.

Isn't that a great learning for my daughter as well :)

Read on to know about other reasons...

#3. I want to raise a confident daughter

Gone are the days when you used to tell your child Daddy goes to office, Mumma stays at home.

The tables have turned today and more and more women are stepping out of the house and earning salaries equal to the male counterparts.

I want my daughter to understand that her mother has other roles to play in life as well.

I want to lead by example and tell her that it is so important for women to step out and pursue their dreams and desires.

I want to raise a confident daughter who learns to be independent at a very young age. I am not punishing her, just making her tough and preparing her for the hard world outside.

#4. I don't want my parents or in-laws to play baby sitters

Yes, even I had the option of calling my parents or in-laws to take care of my daughter. But I chose not to.

Why? Because I did not want them to stay in the house and baby sit a child at this time of their lives when all they want to do is spend some time with each other, visit places, attend family gatherings and live a comfortable life.

We come from a small town in the hills up north and all their whole life was spent taking care of their kids and fulfilling their wishes, neglecting their own desires at the same time.

They spent their youth taking care of their kids and now I ask them to take care of mine. That's not fair. Don't you think so?

Besides, it's not easy handling a toddler.

Running around kids is the toughest job in the world. Ask any mother and she would nod in agreement!

#5. I want to be financially independent

I would not deny that I want to be financially independent.

We live in a money-minded society and it is important to survive. The sooner we understand this, the better it would be for all of us, especially women.

Women too need to have a say in the financial matters of the house and that would only happen if they contribute to the household income as well.

And, God forbid, what will happen if you and your husband decide to separate?

Isn't divorce becoming too common in the Indian society?

A wise man once said, it's better to be safe than sorry. 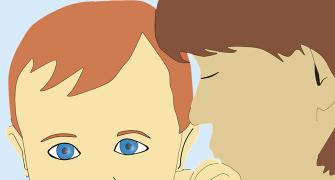 A working mother's letter to her child 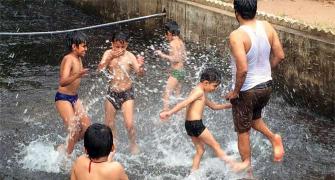 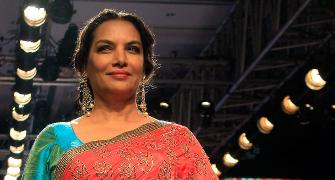 How to win over the world, Shabana Azmi style 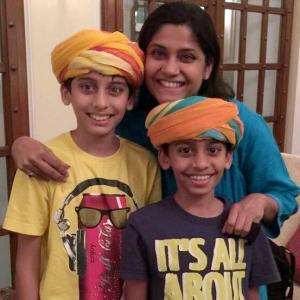 'Indian moms are under a lot of pressure to breastfeed' 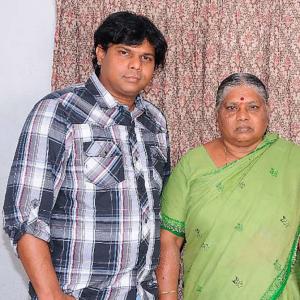 Mom and me: 'You live in our hearts'