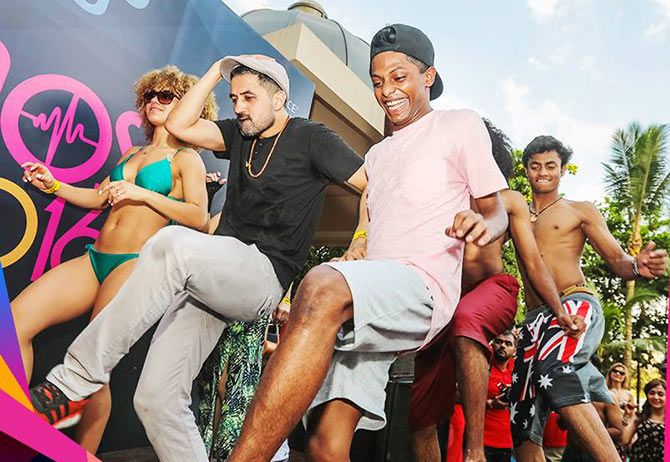 “Whenever I visit India, I’m amazed by the sheer talent of dancers in the country.

But several dancers in India can only dream of being a part of an international dance festival.

That’s why Bailamos Dance Festival 2016 was born!” says Neeraj Maskara, one of the world’s top 10 Latin dancers, who hosted a one-of-its-kind dance festival in India. 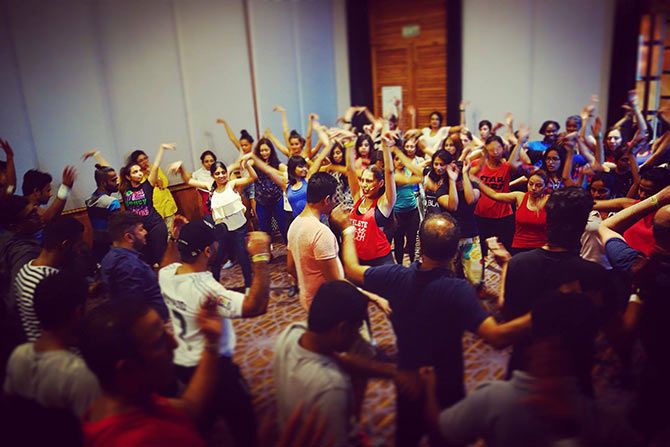 In 1998, a young Indian boy entered a nightclub in the city of New York. People around him were dancing beautifully, matching their steps to the beats of the music playing in the background. That was the moment the boy fell in love with dance.

That young boy was Neeraj Maskara.

In his initial years as a dancer, Neeraj had his share of difficulties, but he overcame the hurdles and carved a niche for himself in the international world of dance.

After travelling across the globe and attending over 400 dance festivals, Neeraj is back in his home turf, Mumbai. This time he is not here to learn, but to give young dancers in India a glimpse of the world of dance.

His idea is simple: If dancers in India cannot travel to a dance festival abroad, why not bring the festival to India? 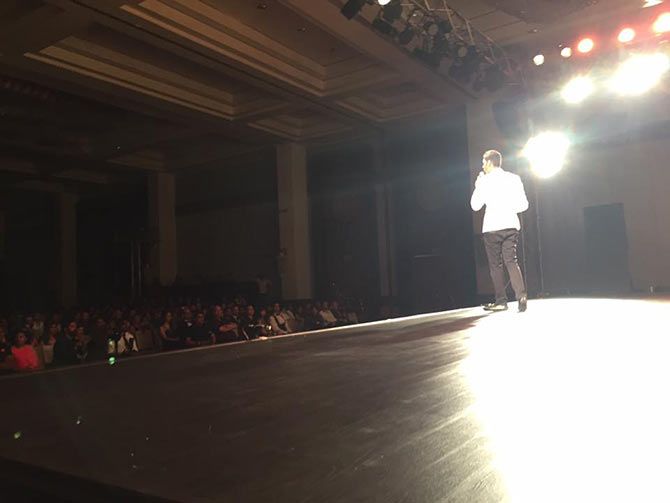 Bailamos 2016 (which translates to ‘let’s dance’ in Spanish) is Neeraj’s brainchild. A three-day dance extravaganza, it was held at Mumbai from April 8-10 and saw over 1,500 dancers from across 40 countries come together for the love of dance.

Students of dance started their day with the Latin American dance styles along with Hip Hop, Contemporary Jazz, Belly dancing, Bachata, Cha-cha-cha and Salsa workshops by renowned dancers, followed by performances by over 30 world champions, and a social do in the evening.

“It was a dream come true for young dance aspirants,” says Mumbai-based Hip Hop instructor Shazeb Sheikh.  “As a child I was very curious to know what my teacher did outside class. Like me, dancers often dream of spending time with their instructors and bonding with them. Their dream was realised at Bailamos.” 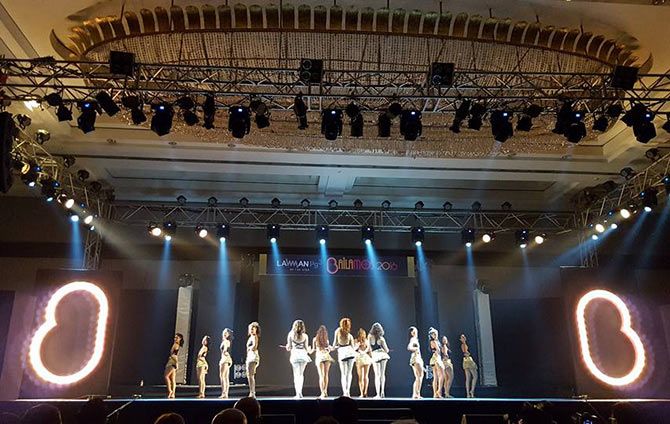 His words are echoed by Nikhil Noyel, an engineering student from Delhi who heard about Bailamos during a dance fest held in the capital.

Nikhil comes from a humble family in Bihar. His father is a sub-divisional prosecution officer in a civil court and his mother is a housewife. He has two younger siblings.

He is part of a dance group called Funk In Motion. “We’re all college students. Our group was formed three years back. But the initial team separated and we were left with just three members.” Today, they are a 21 member team who focus on Urban Hip Hop.

Nikhil admits that finding the time to practise can be very tough, especially if you’re an engineering student, but he has set his focus on dance and refuses to give up easily.

Unlike professional dancers in Mumbai, Nikhil is not a trained dancer. He learns by watching videos on YouTube and then trains the other members of his group. “For people like us who don’t attend dance classes, YouTube is a great teacher!”

There are times when he dreams of learning under a professional dance instructor. But the cash crunch -- given that he is a student – makes him reconsider his decision. “Training brings with it knowledge, but I put in a lot of extra effort and make up for my lack of (professional) training.”

Passionate about pursuing a career in dance, Nikhil had only dreamt of being a part of dance festivals. “We’d love to travel to festivals abroad but the first thought that crosses our mind is the cost. We are students with no steady source of income.”

Then, he heard of Bailamos. 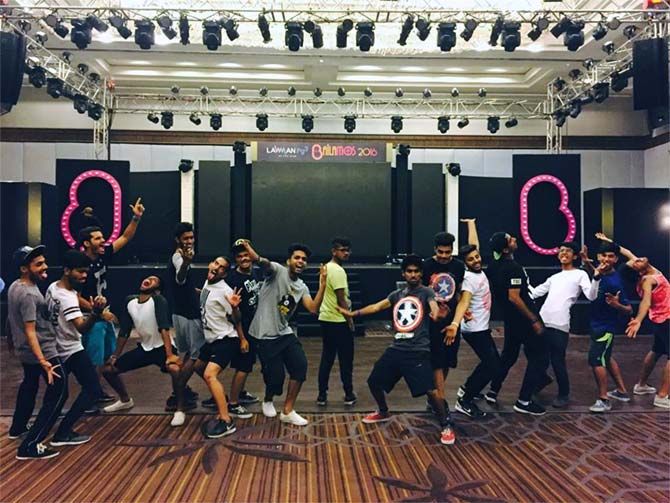 “It was a huge break for us to be a part of this festival where you have mentors taking dance classes. There were dancers from different countries and just being able to participate on such a big stage was a huge opportunity for us. I have attended smaller workshops and dance sessions, but it is the first dance festival of this scale I’ve attended.”

It almost didn’t happen, though, for Nikhil and his group. “We regularly participate in college festivals and part of the funding for this trip came from the prize money we had won. The rest came from our parents. We eventually managed to pool together Rs 8,000-9,000 per head.”

It also happens to be Nikhil’s first trip to the city of dreams, Mumbai.

According to him, India has talented dancers but they lack opportunities and exposure. “It’s all about recognition. A lucky few do end up being a part of dance reality shows and become famous. What about the rest? We barely get noticed! 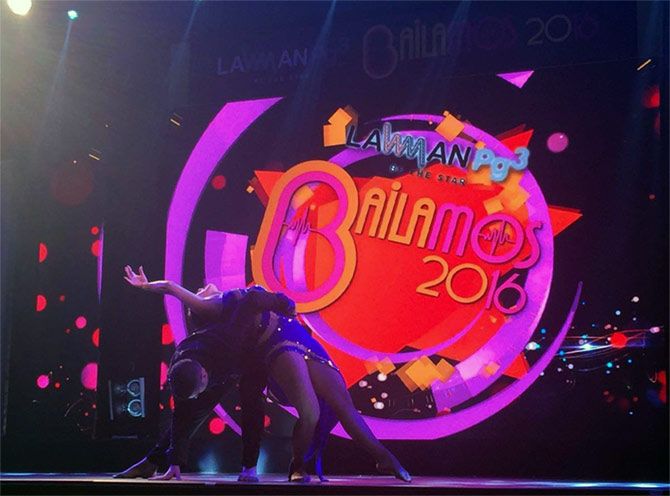 “It is through such dance festivals that our talent is exposed. We have learnt so much and performing in front of an international audience has upped our confidence.  It was an amazing experience. Such festivals should happen on a regular basis.

“I want to pursue dance as a career and my parents are supportive. I know if I take up an engineering-related job, I will have a secure future. In dance, you don’t have a pre-defined path; it is all about chance and the hard work you put in. I’m willing to take that chance.”

Eighteen-year-old Shefali Apte too saw Bailamos as an opportunity to interact with dancers across the globe. This Mumbai-based lass is relatively new to dancing -- she has been doing it for the last two-and-a-half years only. She was at Bailamos to spread her wings.

“I enjoy dancing Salsa and other Latin styles like Bachata and Cha-cha-cha,” says this first year arts student, who started teaching at Thane-based dance company Different Strokes a couple of months ago.

"I had gone to a dance institute with the intention of learning contemporary dance, but saw some students dancing the Salsa and got hooked. I joined initially just to give it a try. I liked it so much that I continued.”

Shefali and her 40-member dance troupe were particularly excited about watching a performance that was a fusion of Salsa and Kathak.

“This is so exciting,” she says. “I was told that a dance festival of this scale is happening in Mumbai after nearly 12 years. I wouldn’t have been able to attend it if the festival had been held abroad.

For Shefali, who has never travelled abroad or been to a dance festival before, this has nothing to do with the cost. “My parents wouldn’t approve of me travelling so far,” she says.

Quiz her about the career she may end up pursuing and she says, “I am really passionate about dance and want to give it my best shot. I do want to attend more dance festivals and would be glad if they happen in Mumbai.” 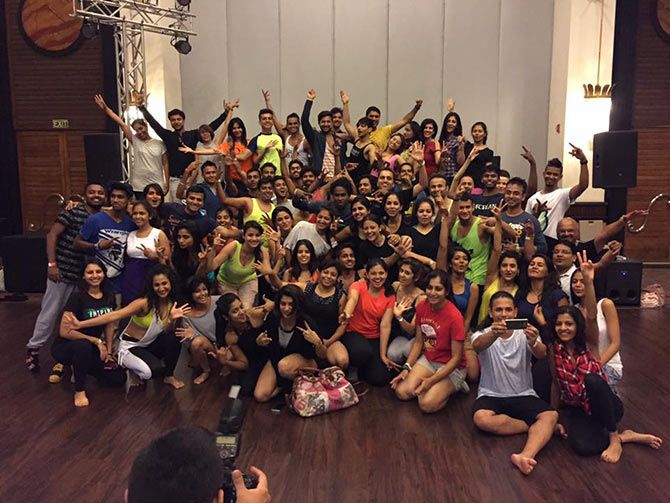 Given the huge response, Neeraj plans on making Bailamos a regular feature.

“The experience at Bailamos was like no other festival. It brought together the kind of energy and vibe which is impossible to get in a pure music festival or any club. There was something for everyone here; be it trying out your first intensive dance class or sitting back and enjoying the breathtaking shows. It inspired people to come together and learn.”