Despacito, the song that's taking over the world!

Don't know what Despacito is? We're here to the rescue! 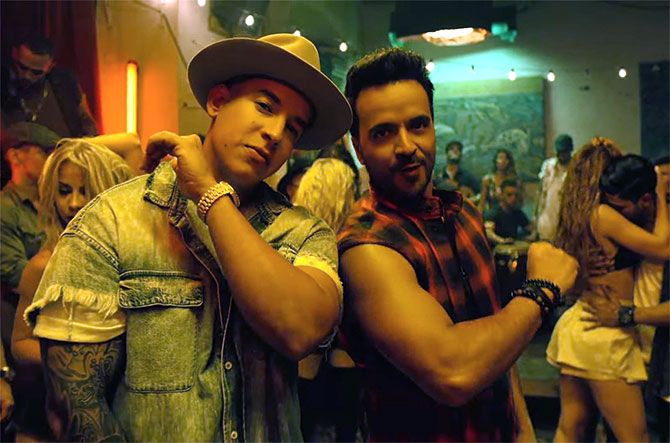 Presenting 10 facts about the song (external link) that you must know.

1. The video was released this year in January.

2. This foot-tapping number with a lilting Spanish guitar introduction and a heady reggae beat been composed by Puerto Rican singer Luis Fonsi and rapper Daddy Yankee.

3. You may not understand its Spanish lyrics, but before you jump to any conclusions, we will like to tell you that it is about SEX.

4. Despacito translates to 'slow' in Spanish. You can say the song is about 'taking one's time in the act' -- it's about celebrating the joy of intimacy.

5. It's the most streamed songs of all time. It beat Gangnam Style too.

6. It's one of the only five songs in history to hit No. 1 spot in the UK, three different times. The other songs being Frankie Laine's I Believe, Guy Mitchell's Singing The Blues, Pharrell's Happy, Justin Bieber's What Do You Mean.

7. It has already spent nine of the past 10 weeks at the top of the UK charts becoming the biggest song ever. It continues to break records and stay at the top of charts worldwide!

8. The remix version, featuring Justin Bieber, has been at the top of the Billboard Top 100 chart for 11 consecutive weeks. It also recently became the most streamed song ever with over 4.6 billion plays.

9. Despacito is also the fastest ever song to reach two billion YouTube views. It achieved the feat in 154 days.

(with inputs from ANI)