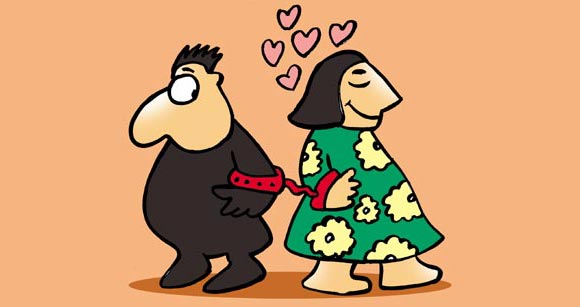 We received this story from a reader who wished to be anonymous. Illustration by Uttam Ghosh

They say, the magic of first love stays forever!

I never believed this while growing up thinking that it happened only in the movies. I became a strong believer when it happened to me in real life.

I met her in 1997, while pursuing engineering. She was the most spontaneous, cute faced confident girl in the college.

We studied in the same class and although I was very shy I started interacting with her to know more about her.

Love has that magic which makes you look through culture, traditions and caste. She was a Tamilian and I am a Maharashtrian.

But the thought never occurred to me till I visited her home few months later.

I would always come up with some or the other reason to be with her – be it in the computer lab, during lunch time or after college.

Once, I'd waited for her relentlessly at the railway station for two hours and when she came I forgot that I'd waited so long.

I was weak in English and she was well versed so I asked her if she could help me improve. She used to give me five words everyday which I would understand and interpret in a sentence.

After some time, I got better and she was impressed with my improvement.

In fact, improving English was just another reason to talk to her and be with her.

Slowly we became good friends and started talking more often to each other.

During the final year, knowing that her friends teased her with my name, I decided to propose my love to her.

When the moment came she did not respond favourably. I must have had something missing in me terribly that she could not accept me.

When I returned home she called and asked if I felt sad. I cooked some story that I had a bet with my friends to propose her and that we were just friends.

However she knew that I was actually attracted to her.

Every time I saw her talking to some other guy, I would reason that may be I was rejected because of this guy.

This went on for some time and I finally asked her the reason behind rejecting me.

She told me that she is in love with someone whom I knew.

When I heard that, I broke down. I felt as if the world is finished for me.

It took me some time to collect myself and move on.

During this period, she along with another friend helped me come out of the situation.

She also made me realise that we don't sometimes get what we want but then life is much bigger than just knowing someone or being with someone.

I am still in touch with her as a close friend.

Both of us are married and settled with different life partners and I admire the fact that she respected my feelings for her and never really cut her ties from me.

I visited her after marriage and spent a couple of days with her and her husband.

Life never presents an ideal scenario. What matters is to accept life as it comes and cherish the moments of happiness and look forward to get many more in future.

Love has immense power to shape someone's life in a good way and I feel really glad that I had that experience in my life.