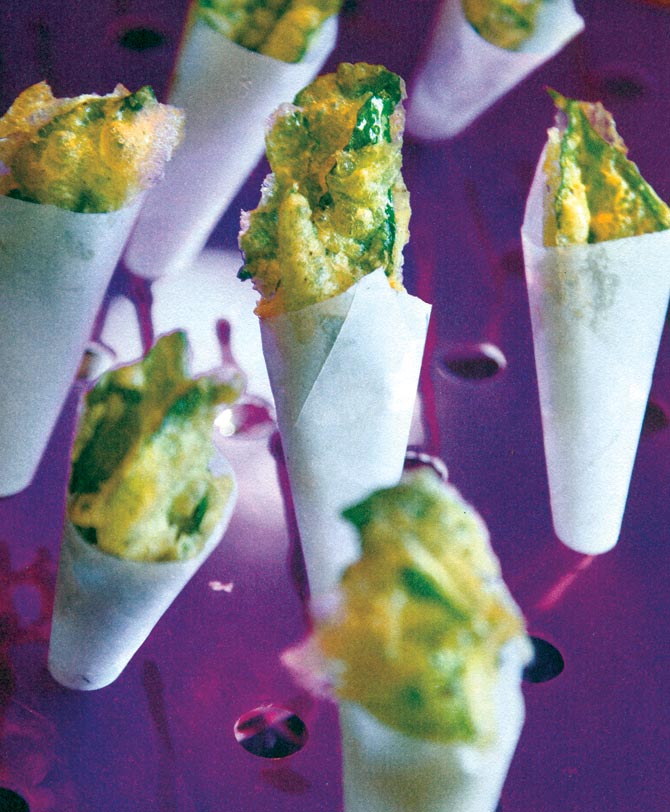 Popular Indian cookbook chef Ritu Dalmia now offers a selection of vegetable yummies. We bring you some of her recipes, one every day! Today we have Spinach Tempura with Radish Dipping Sauce.

Ritu Dalmia is an award-winning chef, restaurateur and a bestselling author (whose cookbooks can be purchased here).

When she isn't whipping out books, Dalmia runs the popular cafe at the Italian Cultural Centre in New Delhi, and hosts two cookery shows on national television.

Her books Italian Khana (Random House India, 2008) and Travelling Diva: Recipes from around the World (Hachette India, 2011) have been bestsellers.

In the days to follow, we will bring you one recipe every day from her book.

Today we start with:

One has to admit that there is something very satisfying about fried food, especially if it is fried well. As a child I detested spinach in any form, except when the leaves were fried in a chickpea batter and served with coriander chutney; then I just could not stop eating it.

Even now, I am not at all keen on eating spinach in pure form, but if it is fried…. bring it on! I will eat my five portions of greens every day!

for the dipping sauce