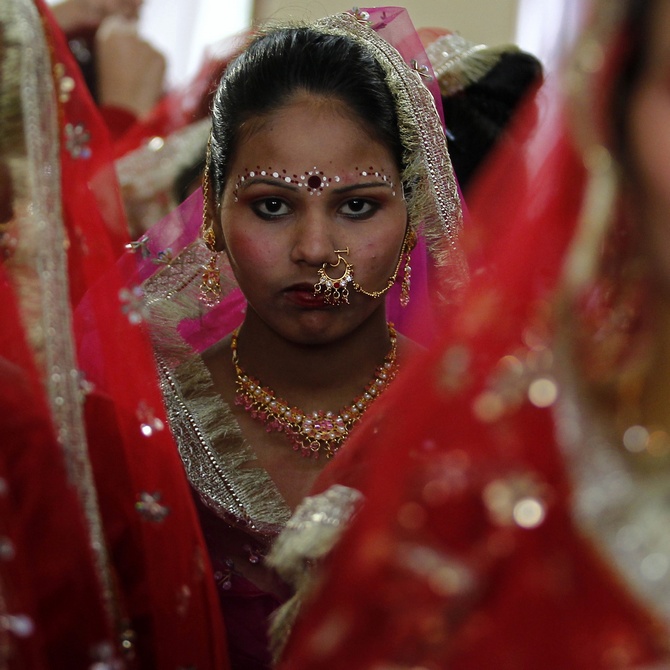 This is pretty much how many young Indians define arranged marriages.

In her book Hitched: The Modern Woman and Arranged Marriage, Chennai-based journalist and playwright Nandini Krishnan explores the dynamics of arranged marriages in today's times.

Through interviews with over 30 women and ten men, Krishnan writes about the arranged marriage experience amongst young Indians.

Today, we bring you first of the two excerpts from the book.

How do I jump into bed with someone I don't know?

So, we don't do the chai-tray, bride-examination-ceremony any more. So, we meet grooms, and get to know them, and establish that they're not serial killers. But, we can't escape the fact that in a relationship it is often physical attraction that brings a couple together, whereas this is not so in an arranged marriage.

While most couples brought together by horoscopes and family sneak a kiss or two, maybe even a cuddle, premarital sex is out of the question. Sometimes, the question of having to share a bed with a man who has been gauged by all other practical concerns is neatly brushed under the carpet.

But one fine day, you're married, and you know you're supposed to be having sex. Everyone wants you to make babies, but no one has spoken about chemistry. How does one undress in front of a man one barely knows?

Swatilekha Mukherjee found herself dealing with this problem. More than two weeks into her marriage, she wasn't able to bring herself to sleep with her husband. He was uncomfortable too, and they would give up at some point within the first few days. After that, they simply went to bed without broaching the subject, or making any moves towards each other.

Neither was comfortable discussing it with friends or family, and Swatilekha began to look up internet forums, to see whether anyone had spoken about this.

'It's amazing how many people have this problem. They're all worried about whether they will ever find chemistry, or ever be comfortable enough to have sex.

Isn't it supposed to happen naturally? Clearly, it's something the previous generation hasn't thought much about. Most of us assume our parents had a celibate relationship -- I mean, most of them don't even hold hands in public -- but we're all here, so clearly they didn't. But many women in this generation, even women who have slept with boyfriends earlier, find it difficult to get this aspect of their lives going.'

'Someone suggested reading Ghalib's shayaris out to each other. There was even a mini-Kamasutra in there, with advice on how best to titillate your partner and yourself, when you're not very comfortable. Down to using soft voices.'

Eventually, someone said 'Blue film is against Indian culture', and of course, the rest of the thread was an argument.

Excerpted from Hitched: The Modern Woman and Arranged Marriage by Nandini Krishnan Rs 299) with kind permission of Random House India 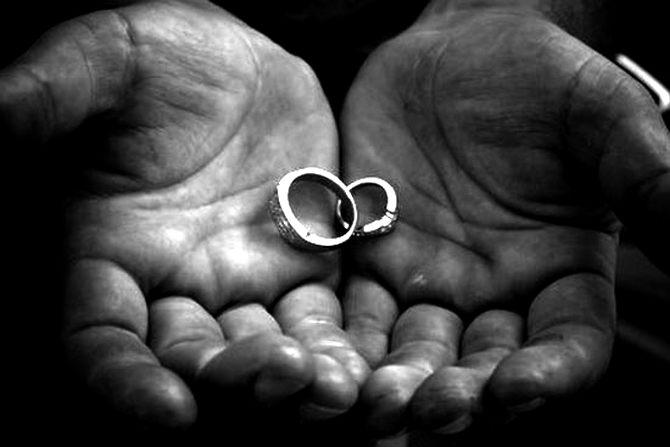 However, Swatilekha did find some handy advice -- physical comfort evolves from emotional comfort. 'If you aren't able to sleep together, don't worry. First, get to know each other properly.

In the first few days of marriage, you aren't even able to confide in each other about things like problems with the family, or trouble at the workplace. How are you going to sleep together at that stage? Of course, if you've had a long courtship and have spent time getting to know each other, it may be different. But if you haven't, you should relax and take it slow.'

She discussed it with her husband, and they decided there was no hurry. They finally did sleep together, but it happened nearly five months into their marriage.

Brinda Sundar feels part of the problem is that our idea of sex is different from the actual act, which makes everyone's first experience something of a shock.

'The problem is that women, especially if they're virgins—like I was—have big expectations from sex. We grow up thinking it's going to be like something, and then you feel all embarrassed and dirty when it actually begins to happen. I turned to an older friend for advice, and she told me not to overthink it. First, we need to understand that marriage is not Mills and Boon. It's not even Sex and the City.'

And then, there are those couples for whom sex will always be perfunctory. They may have had relationships with others in which the chemistry was great. They themselves may be attractive people. But sometimes, it simply doesn't click.

However, this isn't a good enough reason to call off a marriage.

'I think it's important for there to be some amount of intimacy,' Brinda says. 'You don't know how the sex is going to be, of course, in an arranged marriage, but you can gauge whether you're comfortable with someone.

That is the foundation of a marriage, not the act itself. You're not a teenager, your libido isn't the most important thing in the world.'

Valerie D'Souza had a long relationship with her boyfriend, but chose to have an arranged marriage when the relationship ended.

She had had a sexual relationship with her boyfriend, and doesn't find as much chemistry with her husband. 'I've learnt to accept it, though. Sex isn't everything, there's more to a marriage.

There are times when I think back to how it used to be with my boyfriend, but then I also remember that I am much more secure and happy in the marriage. Also, the fact that your sex life isn't great does not mean you may be tempted to sleep around. I don't know how to explain it, but there's a certain bond in just the act of the ring going over your finger. And I've always stayed faithful to my husband.'

Of course, a celibate marriage doesn't work, but a marriage where the couple isn't constantly hungering for each other's bodies can work, as long as they're not repulsed by each other.

Excerpted from Hitched: The Modern Woman and Arranged Marriage by Nandini Krishnan Rs 299) with kind permission of Random House India