News
Business
Movies
Sports
Cricket
Get Ahead
Money Tips
Shopping
Sign in  |  Create a Rediffmail account
Rediff.com  » Getahead » Vote! Should Priyanka have worn a sari to the royal wedding?

Vote! Should Priyanka have worn a sari to the royal wedding?

Politician Jaya Jaitly explains why she disapproves Priyanka Chopra's choice of outfit for the Wedding of the Year.

Vote and tell us if you agree. Actor Priyanka Chopra was among the privileged Indian guests invited to the royal wedding of Prince Harry and Meghan Markle.

The other Indians at the wedding included Sunita Jalota and three other women from the Myna Mahila Foundation, selected as one of the seven charities to benefit from donations from the Royal Wedding.

The former beauty queen and Quantico star wore a lavender Vivienne Westwood suit that she matched with a hat designed by Philip Treacy and Jimmy Choo shoes. She later changed into a Dior chiffon gown for the reception.

Although Priyanka made a fine fashion statement, both at the wedding and the reception, her sartorial choice has been criticised by former Samata Party president and handicrafts curator Jaya Jaitly.

'How sad an Indian actor attending the royal wedding in UK should dress like a British aristocrat at Ascot rather than represent a free and independent India in a beautiful sari,' Jaitly tweeted on May 19, the day Priyanka's good friend Meghan Markle wed British royal Prince Harry.

Before the political leader could be trolled for picking on the actor, Jaitly explained that she wasn't just targeting Priyanka.

'All these actors, they dress up in these fancy gowns by fancy designers who pay them for wearing their outfits and so they get fat money,' Jaitly told IANS.

'I am loyal to our weavers and our textiles in India and we are working all our lives to revive it... we never attach a human being (the weaver's name) with the brand name unless it has a designer's name.

'We say Kanjeevaram or Sambalpuri or something else; that's the unfair practice all over the world and particularly in India.

'Even in Hollywood (red carpet events), where I see Deepika Padukone wearing long gowns, they can never really compete. It's like Indian fashion designers trying to do western dresses... Why don't they wear most beautiful gorgeous sari and everyone will go 'wow'.

'The royal wedding was all about inclusiveness and welcoming others' society, people, race and colour. The royal family and all these people went all out to emphasise the American-African identity of the bride and everyone was raving about the bride's mother too because they were different.

"I feel sad and wonder why we copy them and never quite get it right. We have so much (of our own) to show off.

'When somebody in a village in India says 'Sar dhako (cover your head)', we don't like that... When somebody says, 'Don't wear jeans in college', we say, 'Who are you to give us a dress code?' But if the queen of England sends an invitation and says you have to wear a hat, which is not part of your culture, you will say there was a dress code.'

'I don't understand these double standards,' the 76-year-old said.

Last year, Priyanka was criticised for wearing a dress to her meeting with prime minister Modi in Berlin.

Dear readers, do you agree with Jaya Jaitly's remarks?

Or you think Priyanka right to wear a dress and not a sari to the royal wedding? 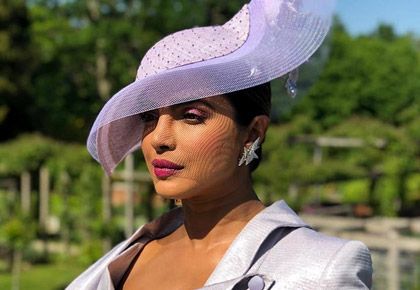 Priyanka at the royal wedding: Which look do you like better? VOTE! 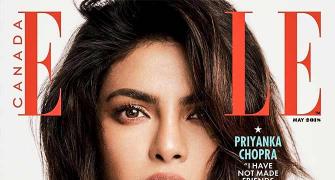 The secret of Priyanka Chopra's success 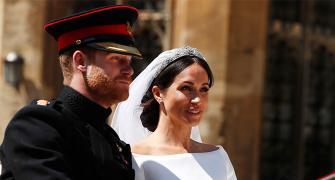 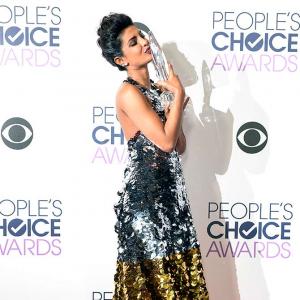