Met Gala: Bold And The Beautiful

The theme for this year's Met Gala in New York City was In America: An Anthology of Fashion, with the dress code being 'gilded glamour.'

Please click on the images for glimpses from America's biggest fashion party of the year. 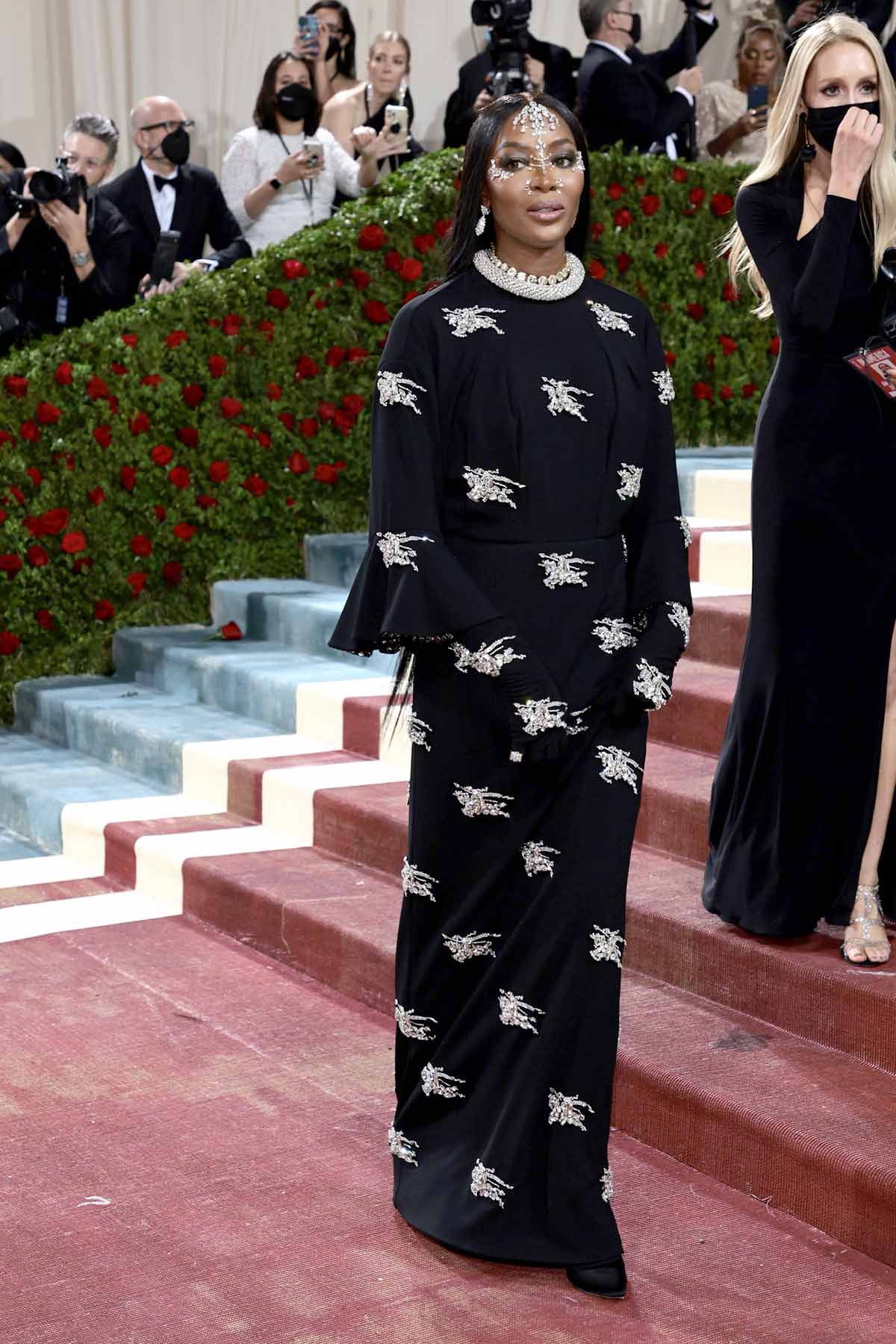 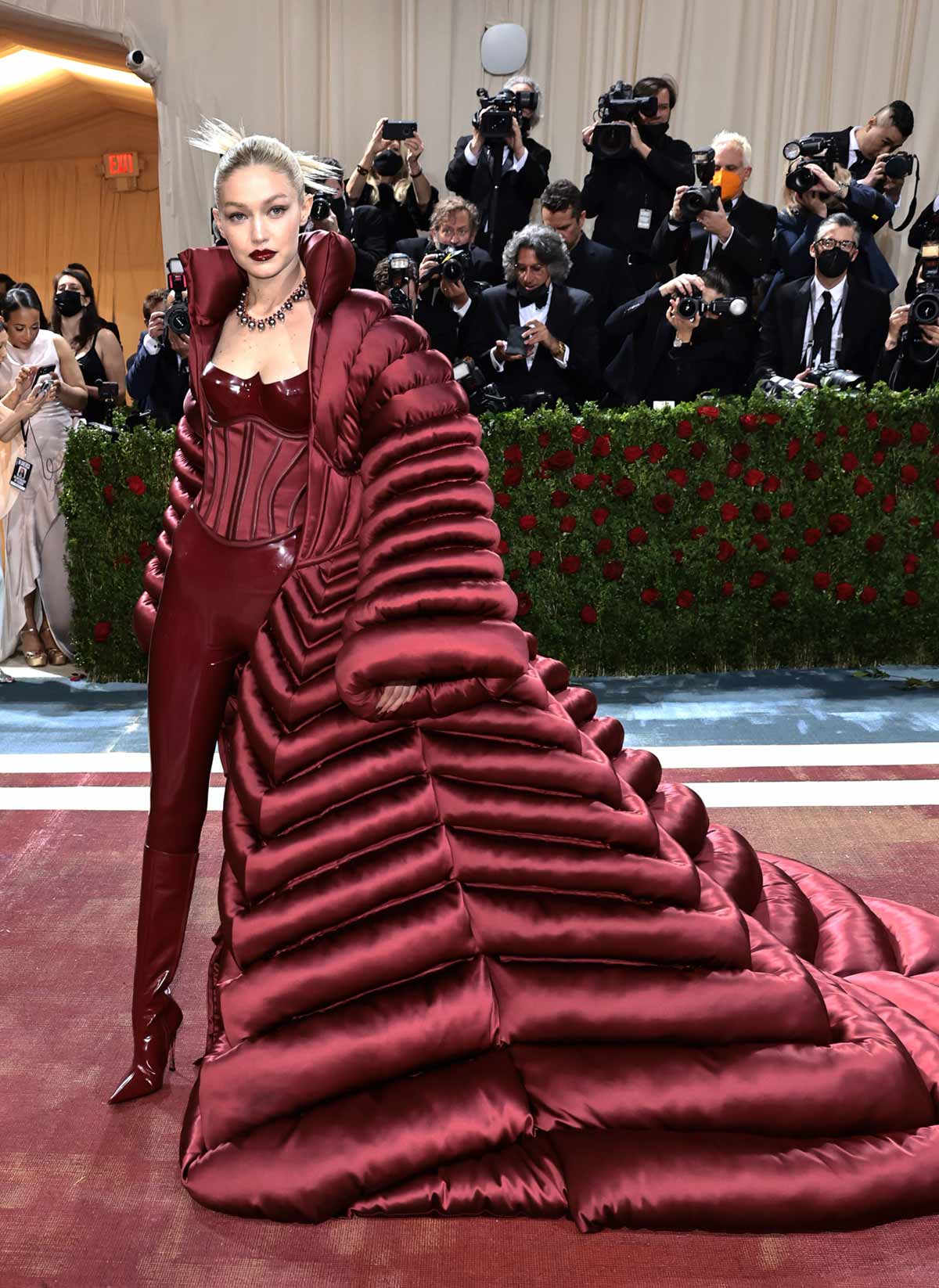 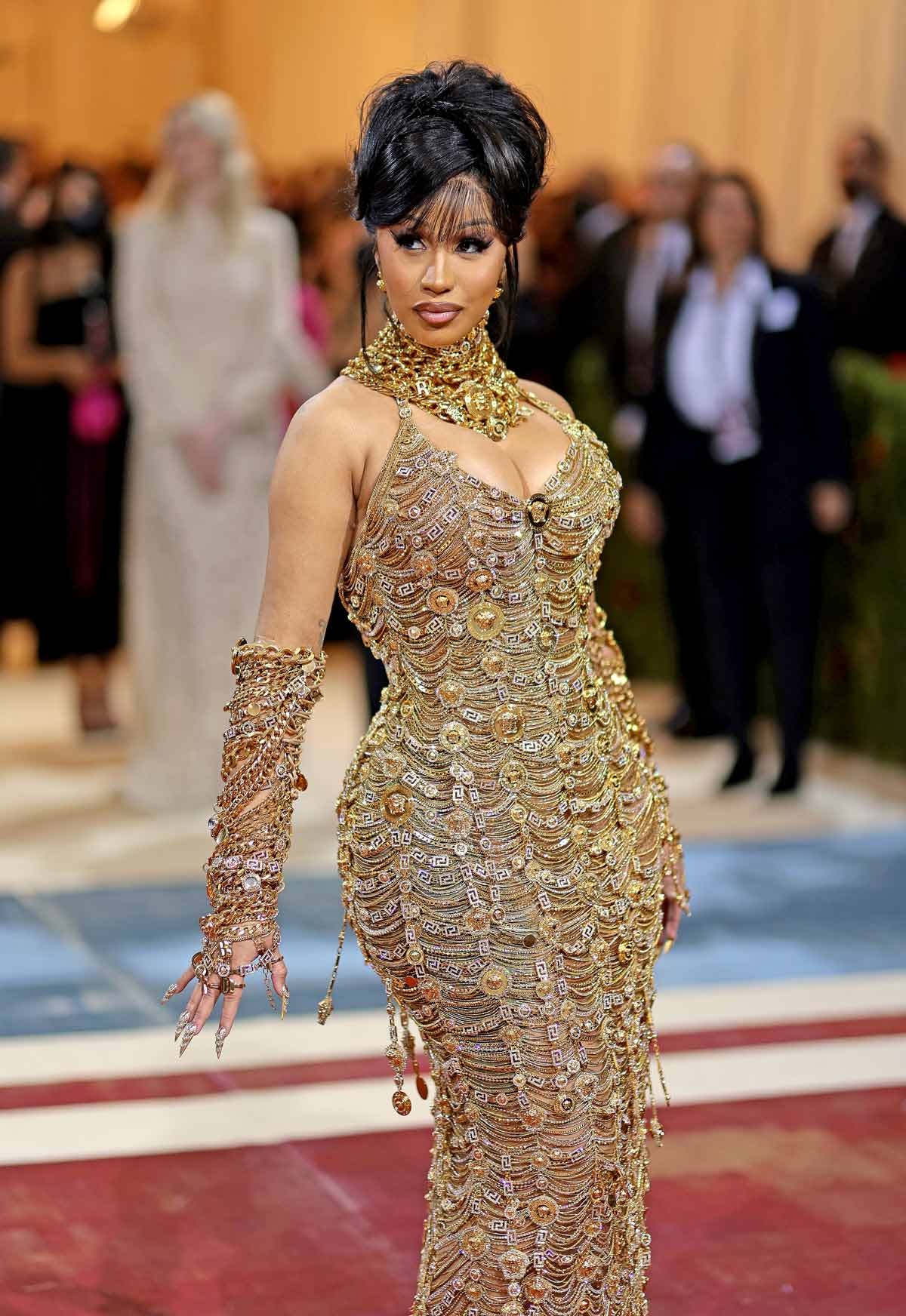 IMAGE: Cardi B stunned in a tulle column dress which according to Versace 'took 20 members of the Atelier 1300 hours to complete.'
'Medusa medallions and the Versace Greca embellished in crystal decorate the chains, visually recalling coins in an abundance of glamour. The intricate embroidery features also on the arms and neckline, with a hand-sculpted collar that plays into the traditional image of a Victorian coat ruff,' the label detailed about the rapper's Met Gala outfit.
Photograph: Dimitrios Kambouris/Getty Images 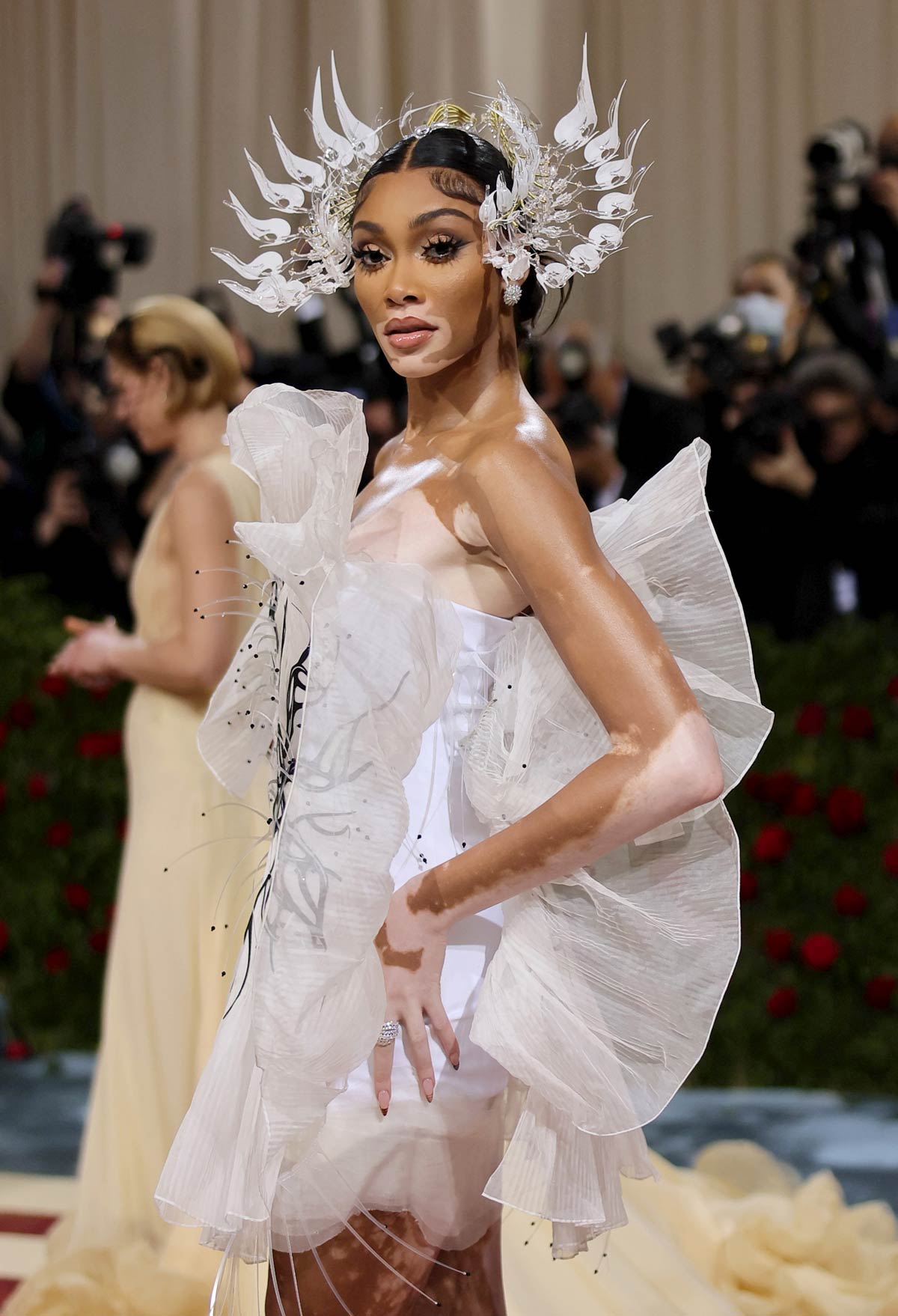 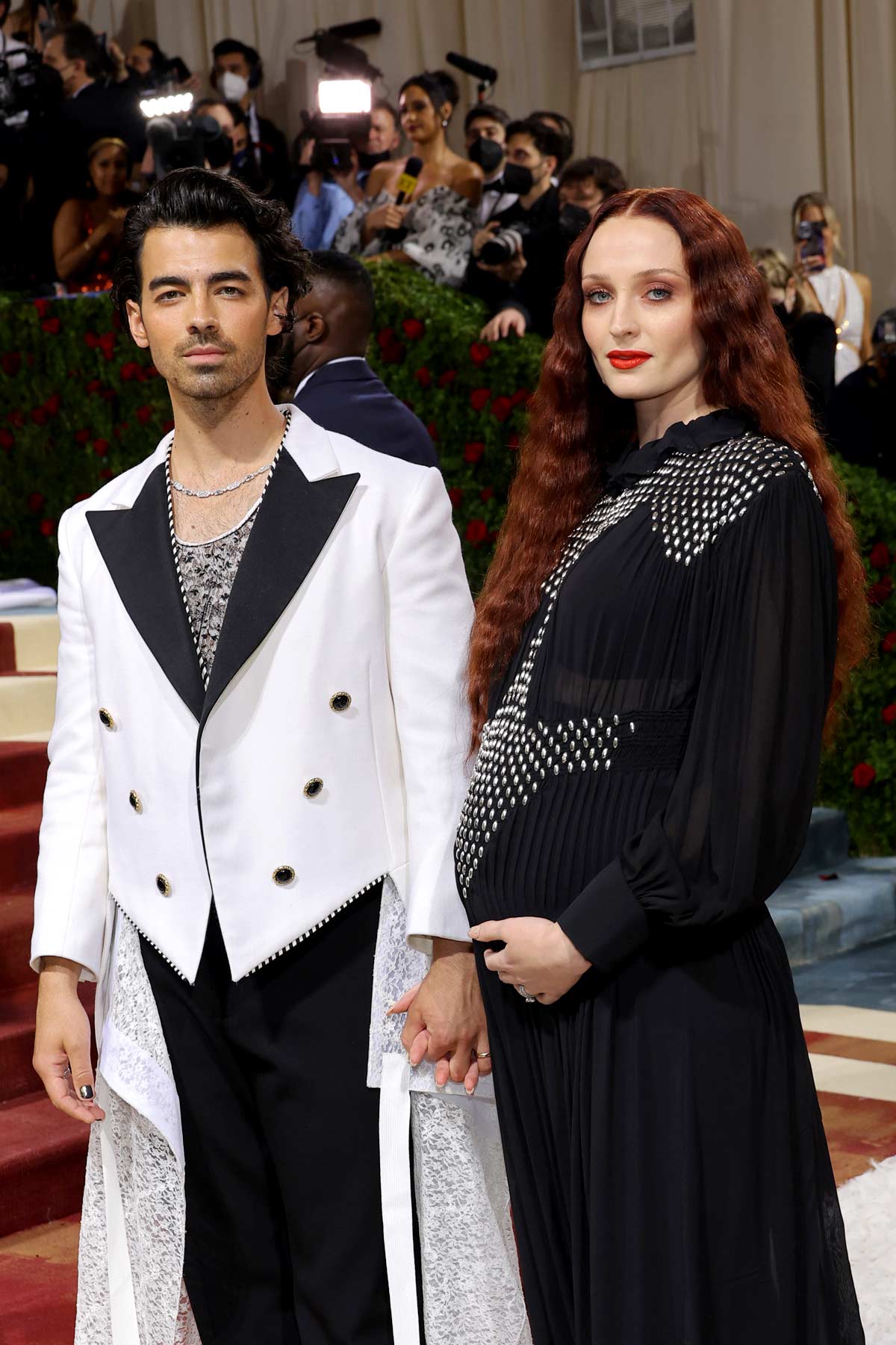 IMAGE: Joe Jonas and Sophie Turner -- Priyanka Chopra's brother-in-law and sister-in-law -- perfectly complemented each other as they stepped out in black and white Louis Vuitton ensembles.
While Joe paired his black and white lace top with a white jacket featuring a lace tail, Sophie covered her bump in a black full sleeved gown.
Photograph: Mike Coppola/Getty Images 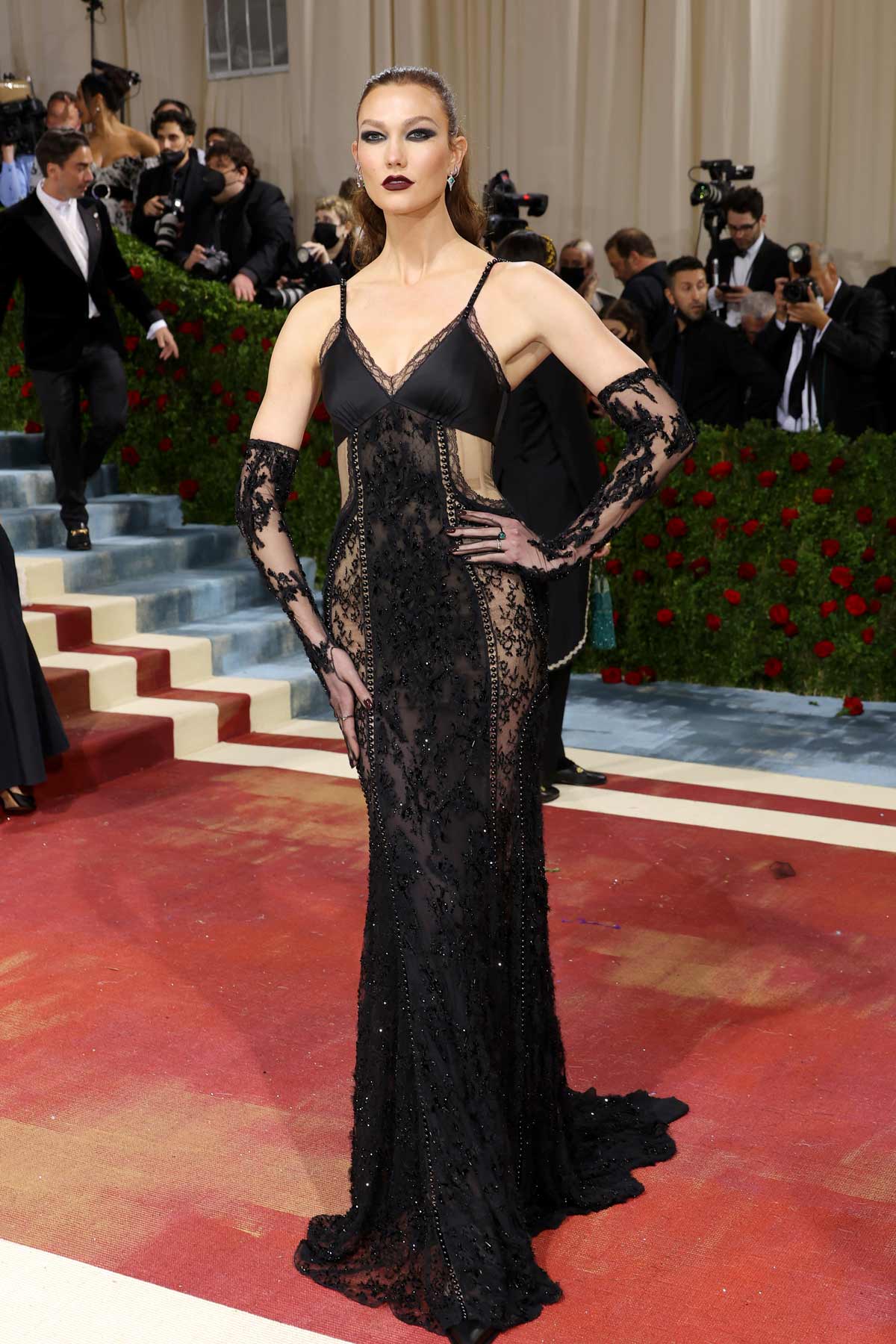 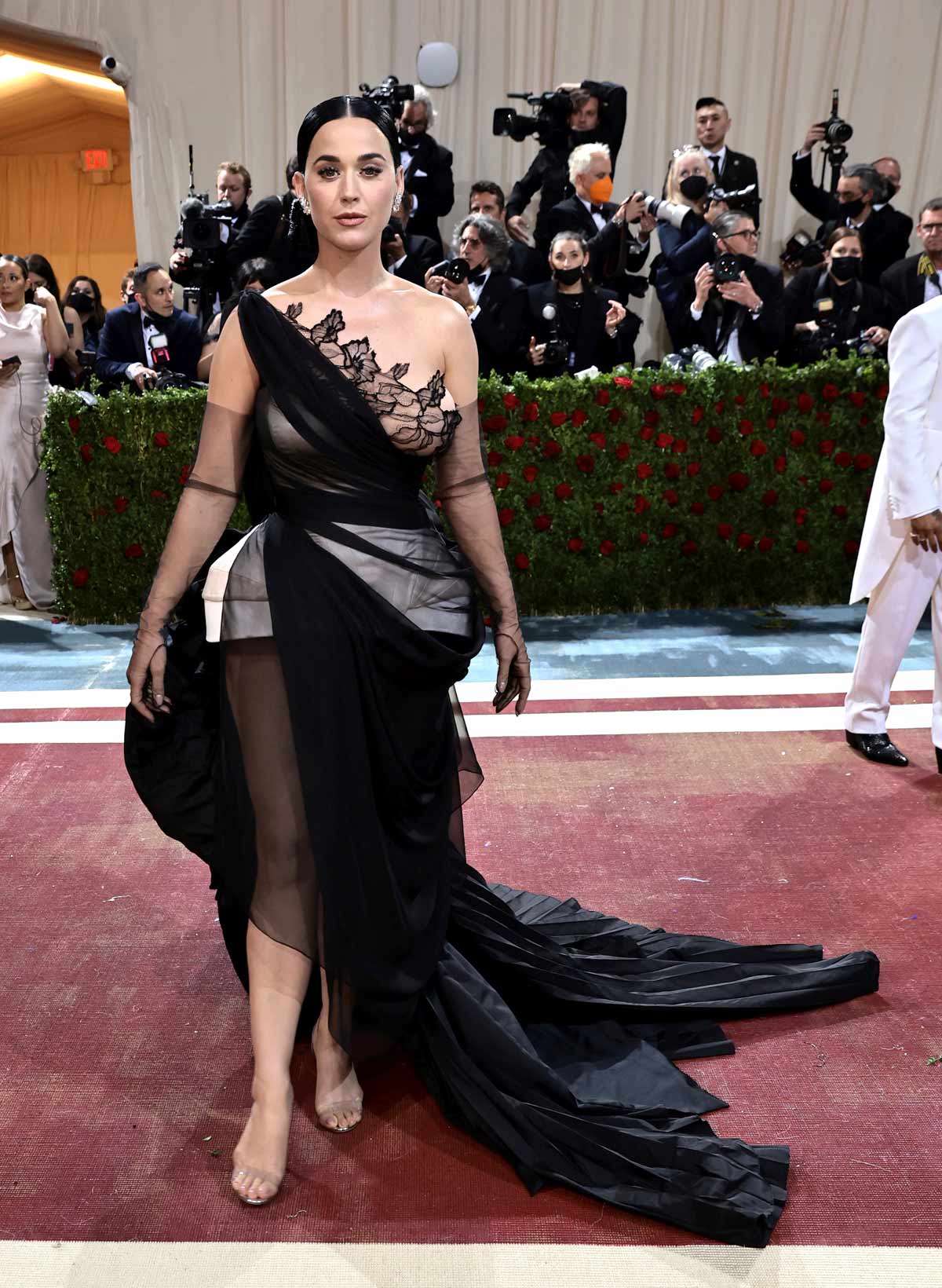 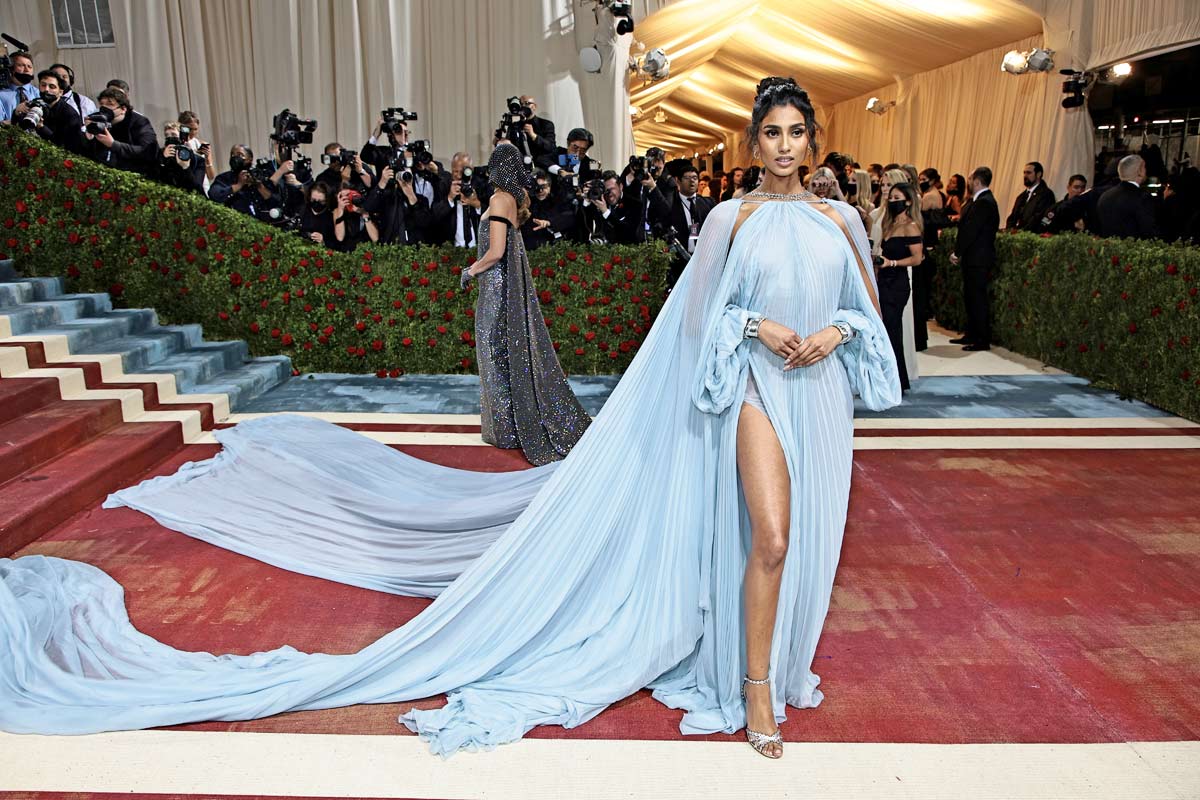 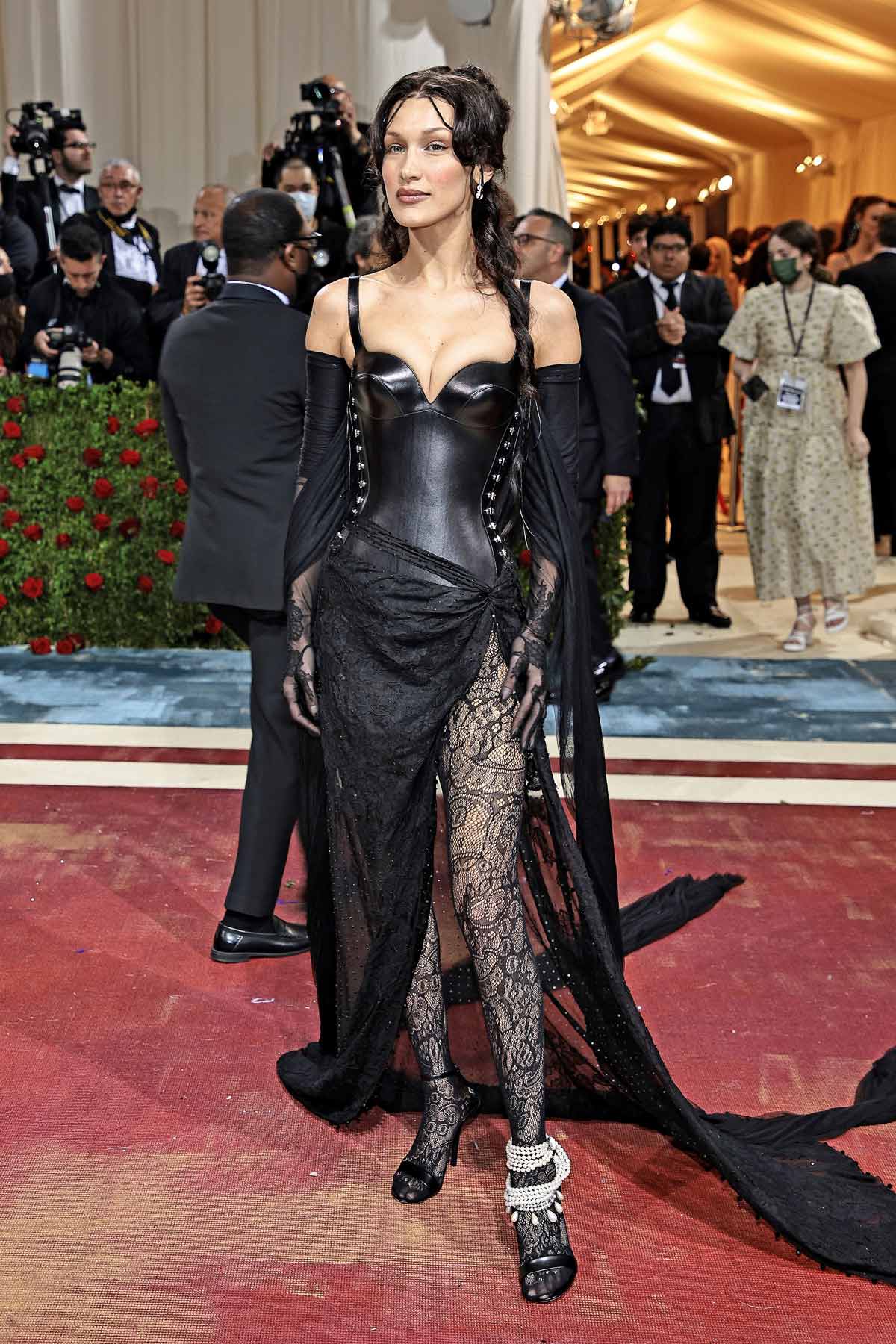 IMAGE: Bella Hadid reminded us of a black swan in this edgy black corset with lace leggings and chiffon skirt from Burberry designed by Riccardo Tisci.
Photograph:Dimitrios Kambouris/Getty Images 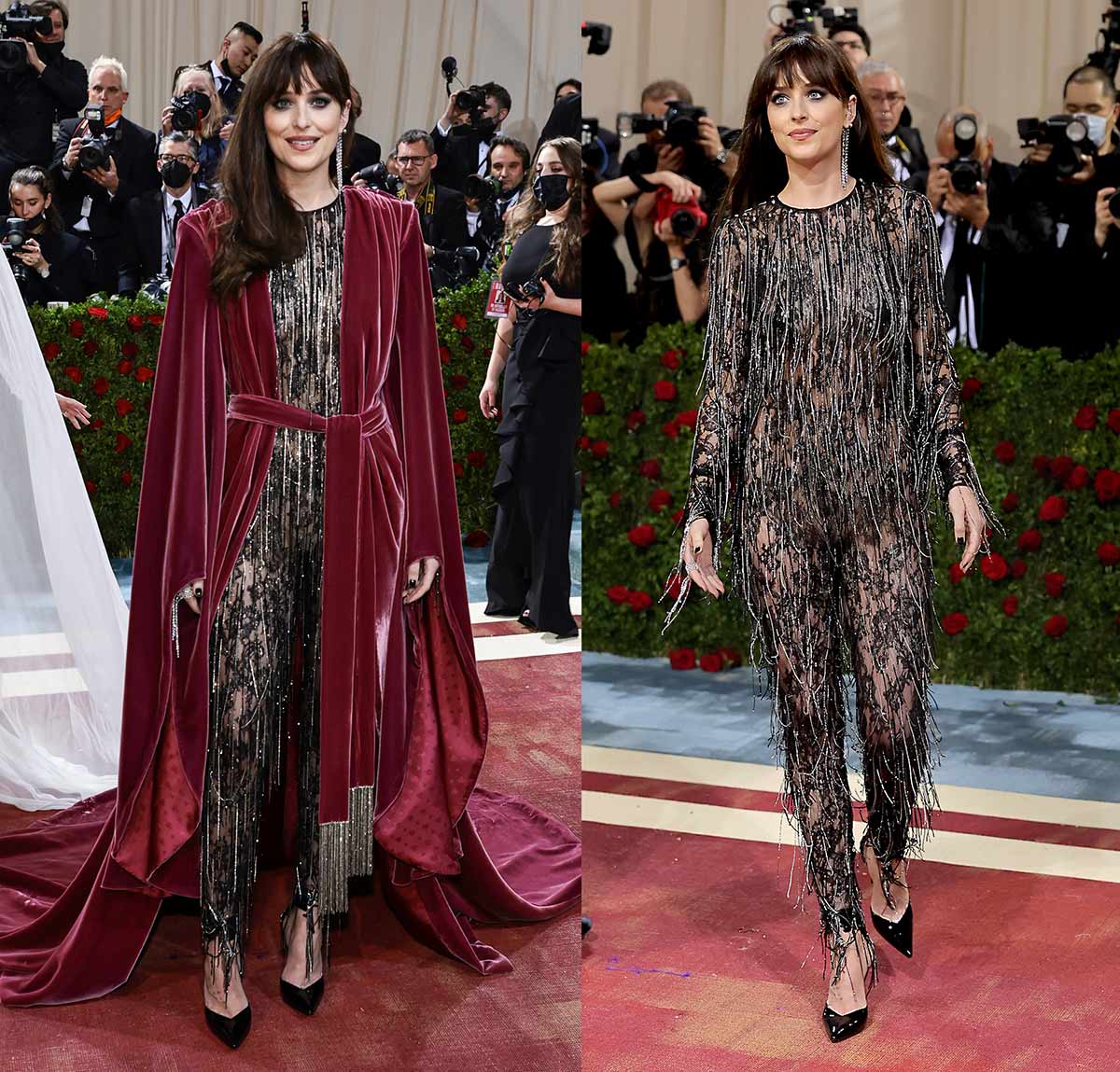 IMAGE: Dakota Johson was amazing in a sheer bejwelled jumpsuit from Gucci which she paired with a ruby robe.
Photograph: Jamie McCarthy/Getty Images