The liking for a running shoe is mostly driven by how it 'feels' and the Floatride Run Flexweave feels close to perfect, says Dhruv Munjal. State-of-the-art cushioning is of minimal use when the shoe is too heavy on the feet, especially for people out to conquer long distances.

Now, Reebok has never quite been a favourite with runners -- most prefer Asics or Nike instead -- but that might change with the new Reebok Floatride Run Flexweave.

I've had this pair for a while and it's safe to say that along, with the Reebok Speed TR Flexweave -- look no further if you're looking for a solid training shoe -- it has become my go-to runner in the gym.

The Floatride Run Flexweave is not very different from the original Floatride that received rave reviews back in 2017.

The latest version uses Reebok's very own Floatride Foam technology for the midsole and a 3D design heel cradle. 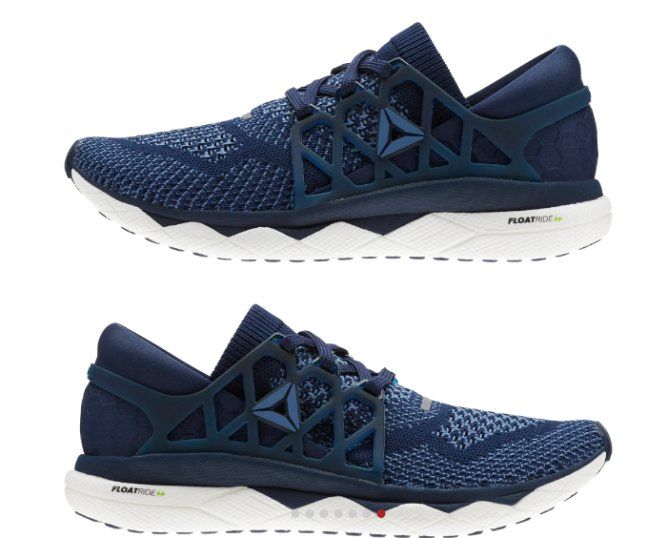 The biggest difference comes in the form of the Flexweave upper that features a figure-8 weave for better breathability and flexibility.

Not only does the addition of the weave make the shoe look better, it also adds a robust edge that is sure to improve durability.

The cage that wraps around your foot in the middle makes it slightly difficult to slip the shoe on, but once you manage to get past that hurdle, the Floatride Run Flexweave, with optimal comfort, is a runner's delight.

More than anything else, any liking for a running shoe is mostly driven by how it 'feels' on the feet and this one felt close to perfect.

Despite your foot being 'locked' in, the shoe breathes surprisingly well, with the midsole being brilliantly responsive.

In fact, this very stiffness offers the kind of solidity that you require during lengthy running sessions -- indoors and outdoors.

Also, the laces -- something most people don't really care about while picking out shoes -- are made of thick, high-quality fibre that supplies the right amount of tightness.

If I were to nitpick here, I'd single out the stability. My right foot was subject to slight overpronation even though I have a neutral pronation pattern.

Also, the blue, orange and predominantly white variant that I got my hands on is tough to maintain -- if you're an outdoor runner, you'd like to clean them at least twice a week.