Smriti Irani and Sachin Tendulkar were attending a show that promotes and celebrates India's artists and designers.

The Lakme Fashion Week is known to host shows at exciting venues in Mumbai.

For the first time, it joined hands with the Government of India's textile ministry and organised a show at the UNESCO recognised Elephanta caves in Mumbai.

Check out the pictures below: 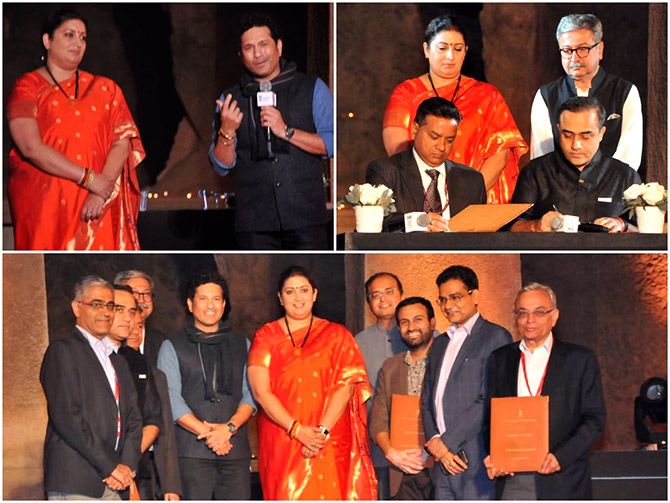 IMAGE: Several MOUs were signed between @TexMinIndia and leading textiles firms to facilitate sourcing of handlooms directly from local artisans and weavers for national and international markets, Smriti Irani informed on Twitter.
'I welcome @sachin_rt in the world of textiles as a co-owner of a textile brand,' she wrote. Photographs: Textile Ministry, Government of India/Twitter The fashion show aimed to celebrate the rich culture, heritage and textiles of our nation. Earlier this month, the ministry had collaborated with the Fashion Design Council of India to promote art and design at Red Fort in Delhi. 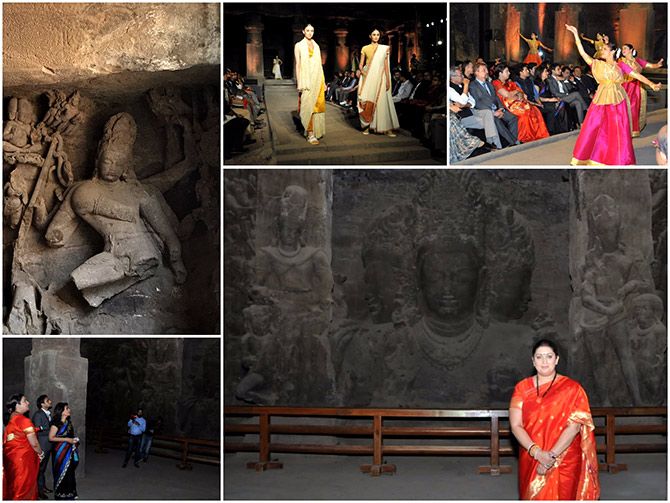 'ArtisanSpeak at Elephanta Caves also celebrated our craft legacy -- 2000 years of sculpted history and skills of weavers/craftsmen of the day who have preserved our heritage over the years came together today,' Irani shared.