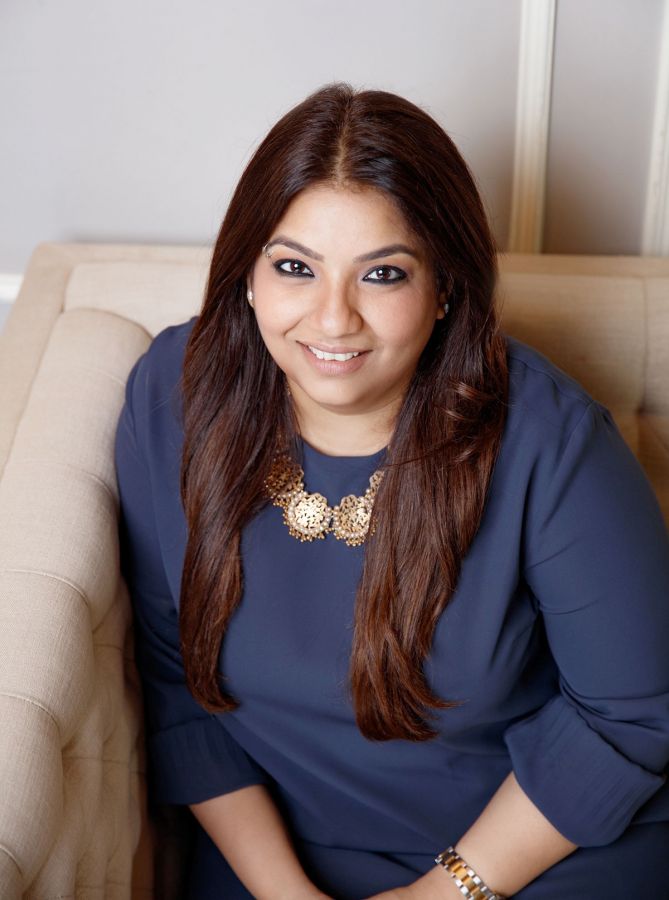 This year, will be no different. Even though her collection was put together in just two weeks, she has poured herself into it.

And, like every season, she hopes to keep it as real as possible for her fans.

Using different types of R-Elan fabrics, she has found a way to give each outfit her signature style and aesthetic, while making sure the collection appeals to a new generation.

"It is not as easy as it looks. It is a lot of hard work, passion and focus," she reveals in an interview with Anita Aikara/Rediff.com.

Tell us about the FDCI x LFW collection

This season, I have collaborated with R-Elan to unveil a one-of-its-kind collection of Indian athleisure. It's titled Kismet.

Kismet comprises loungewear-meets-streetwear-meets-Indian-wear, a combination that has become increasingly relevant in the face of fashion's changing axis.

Which fabrics have you used?

I have used different types of R-Elan fabrics for this collection; it has been entirely crafted using their high-performance, eco-friendly fabrics created using sustainable techniques.

Were there any challenges creating a collection during the pandemic?

The pandemic gave everyone the opportunity to reflect on the way forward.

It was a challenging year not just for the fashion industry but for everyone.

The main challenges have been to maintain a safe working environment in these times and control all touch points, which almost seemed impossible when we started as we have such a tactile business.

However, we pushed through and did it and have maintained it for almost a year now.

Creating a collection with so many limitations in terms of staff sanitisation and safety has been hard.

But slowly and steadily, and with utmost care and safe practices, we did it. 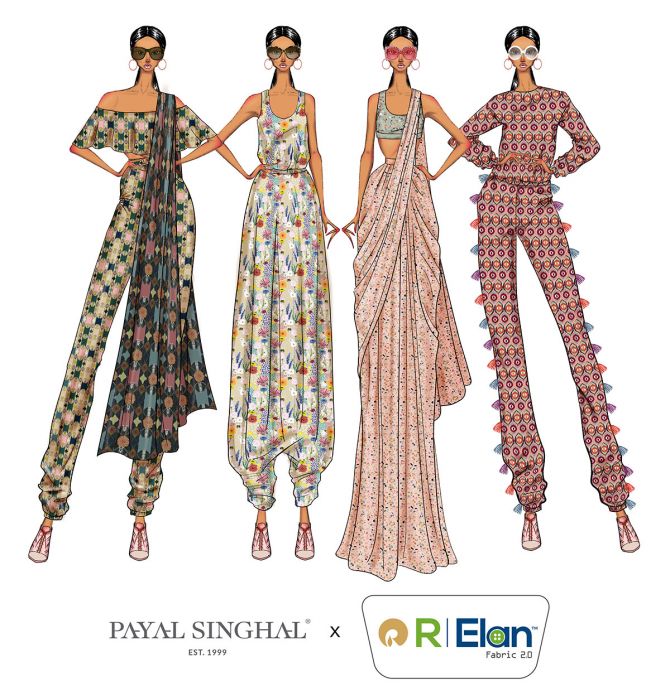 How many days did it take to put the look together?

Our SS21 collection, The New Normal, was launched last week on social media.

It had a new narrative and a different way of storytelling -- the entire collection was released as a photo essay, which unfolds scene by scene, showcasing a group of friends debating the idea of stepping out for a wedding for the first time since the lockdown.

It touches upon the social anxiety we have all experienced at some point in this past year.

This collection which will be showcased at FDCI x LFW is entirely new and different and has been put together in two weeks.

How do you manage to create something extraordinary, season after season, with such ease?

I live, eat, sleep and breathe fashion, and that is how I do it.

It is not as easy as it looks. It is a lot of hard work, passion and focus.

According to you, what sets your label apart?

Our USP has always been modern Indian bridal and occasion wear laden with global appeal.

While history and culture are starting points, tradition is approached with a renewed outlook to give every collection a present-day relevance.

The hallmark of each Payal Singhal ensemble is the easy transition from traditional to non-traditional settings.

The brand's signature aesthetic is contemporary and minimalist, with a vintage heart.

The emphasis has always been wearability, comfort, value for money and effortless impact which sets us apart.

Sustainability is a huge trend. What's your take on it?

For us, it's not about jumping onto this bandwagon for mere lip service. It never was.

We have championed a modern India aesthetic for 20 years now, reimagining Indian crafts and silhouettes in a global context. And this is something we always will do.

It is not a new concept for us.

Sustainability is a loaded word, with many connotations. We think of ourselves as purveyors of mindful luxury.

That includes not just sustaining Indian crafts, but also having an ethical working culture and taking care of our karigars and team. Could you recount some of your favourite LFW moments?

I've had some amazing memories at LFW and I have showcased at more than 20 seasons in a row.

One of my recent favourite moments would be celebrating our 20th anniversary show at LFW in 2019 and having Shibani Dandekar and Farhan Akhtar walk for us.

Shibani has been an integral part of the Payal Singhal brand since its inception. She was my first showstopper when I started out and it was special having her walk at the 20th anniversary show.

Where do you see the future of fashion?

The next wave of clothing is going to be all about minimal maximalism which means that, even when dressed to the nines, there will be a need for ease in silhouettes and fabrics.

A designer whose work you admire?

It would be Anamika Khanna.

You have worked with Bollywood actors and celebrities. Which has been the most memorable outfit you designed for a celeb?

A black dress which I had initially made for Lisa Ray but, due to last minute changes in direction, the outfit was worn by Rani Mukherji for a song in the movie titled Dil.

Recognise your strengths. There is lots of focus and hard work required. Most importantly be confident in carrying off any outfit the way a designer envisions it. 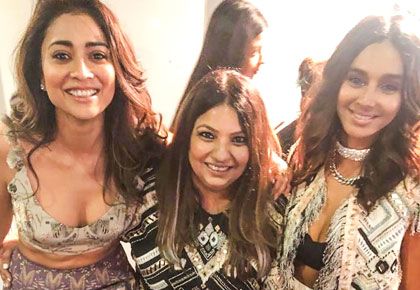