With nearly 7 million subscribers, Ajey Nagar, 19, is among the most followed YouTubers in India. Indian YouTuber Ajey Nagar has been named by Time magazine among its 'Next Generation Leaders' 2019, a list of only 10 young people from around the world who are forging new paths in politics, music and other spheres.

Nagar, 19, popularly known as 'CarryMinati' has nearly 7 million subscribers for his YouTube channel, Time said in its profile of him.

"India is also home to a massive YouTube craze. With about 265 million monthly users, India overtook the US in 2018 to become the country with the biggest YouTube audience in the world. And with his energetic presentation style and Hindi lyrics, Nagar is now one of the most followed YouTubers in India," Time said.

Among the other young leaders on this year's list is 16-year old Greta Thunberg of Sweden who has become one of the most powerful voices castigating world leaders on climate change and demanding action, famously declaring during her speech to the UK Houses of Parliament that "You did not act in time."

Nagar posted his first video on YouTube at the age of 10 and found his niche in 2016 by producing "diss tracks" taking on what he calls, "cringe-worthy" user-generated videos on platforms like Facebook and TikTok.

With over 95 million subscribers, PewDiePie has been in a race against Indian music record label company T-Series to retain his title of most subscribed YouTube channel, Time said adding that Nagar, like many Indians, took offence when PewDiePie released a video that mocked the use of broken English by an Indian man.

In the video titled 'Bye PewDiePie,' Nagar raps in Hindi to tell PewDiePie that 'one day, India will rule the whole world.'

"His goal, he says, was to inspire Indians to stand up to anyone who ridiculed their culture and embrace their identity instead," Time said adding this motivation has been a driving force for Nagar to produce videos in Hindi. 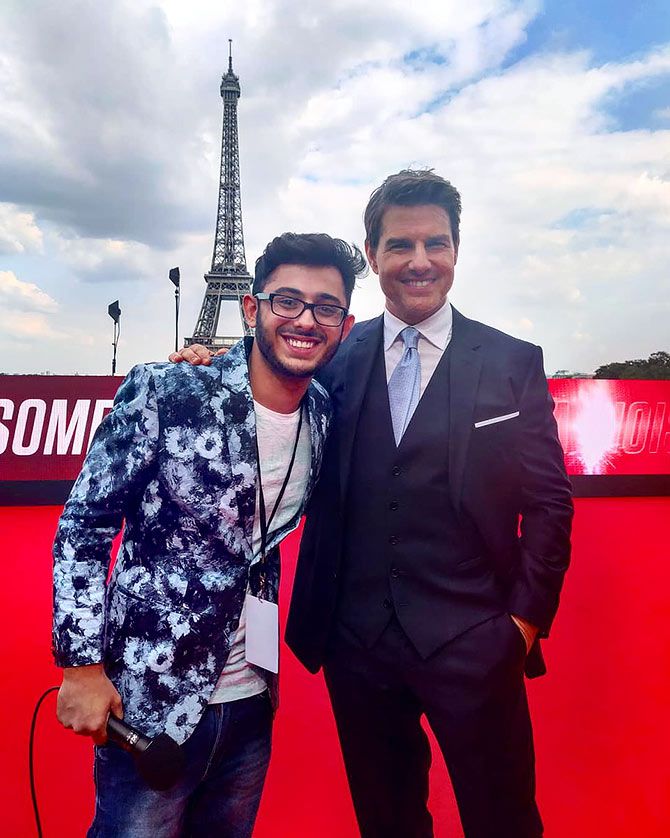 IMAGE: Ajey was thrilled to interview Tom Cruise in July 2018. 'He's a very sweet person, he says Hello to everyone of you,' he wrote next to this picture he shared on Instagram.

"Although India is the second largest English speaking country in the world, studies suggest that most Indians prefer to access the Internet and online videos in their own regional languages. That's the audience Nagar is reaching," Time added.

Nagar, who had interviewed Hollywood actors Tom Cruise and Henry Cavill to help promote their film Mission: Impossible- Fallout in India last, feels no compulsion to switch to English.

He believes his popularity lies in his ability to stay connected to his roots and he remains reluctant to change in order to appeal to Westerners.

"I want to send out the message that you should be yourself," Nagar told Time.

"If you try to be someone else, you won't find acceptance," he said. 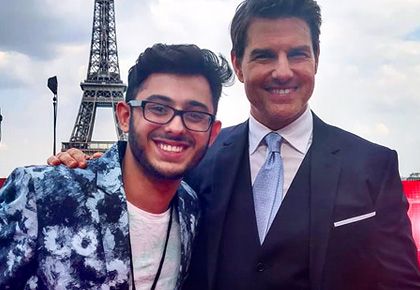