For the 14th consecutive year, an Indian-American has won the Scripps National Spelling Bee.
Karthik Nemmani, 14 correctly spelled 'koinonia' to win the title this year. 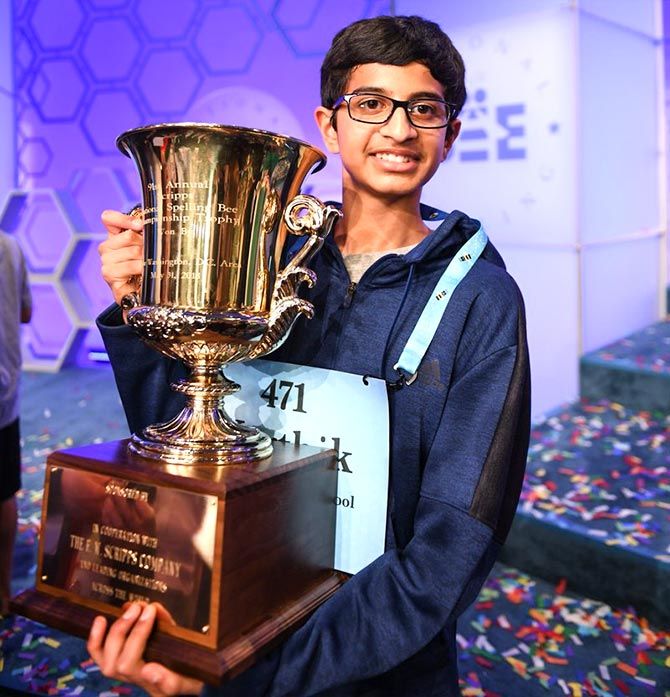 An eighth-grader from McKinney, Texas, Karthik won the spelling competition after numerous rounds against Naysa Modi, another Indian-American student, underscoring the overwhelming dominance of Indian-Americans in the competition.

Karthik and Naysa were the last two standing of the initial 516 spellers.

"I had confidence, but I didn't think it would really happen," he said, adding that he knew he would correctly spell the word -- meaning Christian fellowship or communion -- as soon as he heard it.

Karthik received USD 40,000 and a trophy from the Scripps Bee, a USD 2,500 cash prize (and a complete reference library) from Merriam-Webster, trips to New York and Hollywood as part of a media tour, and a pizza party for their school, the Washington Post reported.

Forty-one spellers advanced to the finals yesterday out of a field of 516 -- by far the largest in the 93-year history of the competition at the Gaylord National Resort and Convention Center in Maryland to battle it out for the title of champion.

The 16 finalists ranged in age from 11 to 14 and included nine girls and seven boys.

Karthik said he went 20 rounds toe-to-toe with Naysa in their local Bee, only to be invited to the National Spelling Bee through the RSVBee programme -- where they would again square off on stage, the Spelling Bee said in a statement.

"It's pretty cool to be on stage. It's what I've been dreaming of for years now," he was quoted as saying by the statement.

It's a lot of work, Karthik said, but worthwhile.

"I had confidence," he said. "I wouldn't say I expected it. It was a dream come true."

When not spelling, Karthik likes to play tennis and watch the Chicago Bulls and the Denver Broncos. He also likes robotics and is looking forward to getting some rest, it said.

Another Indian-American, Atman Balakrishnan, the 12-year-old son of 1985 champion Balu Natarajan, did not advance to the finals.

Karthik also continued a longtime trend by becoming the 14th champion or co-champion of South Asian descent the bee has had in 11 consecutive years.

The stress of competing against the dictionary was etched on many spellers' faces as they took their turn at the microphone and in front of the television cameras.

The spellers come from all over the US, plus one from Canada. And several had appeared at the national bee in previous years. 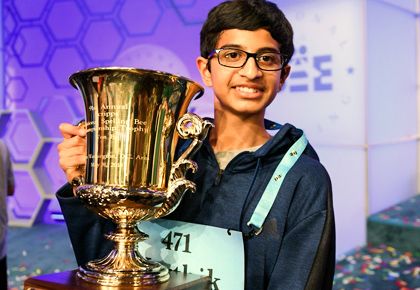