For first-time runners, training and completion of the marathon was associated with reductions in blood pressure, a study has revealed. 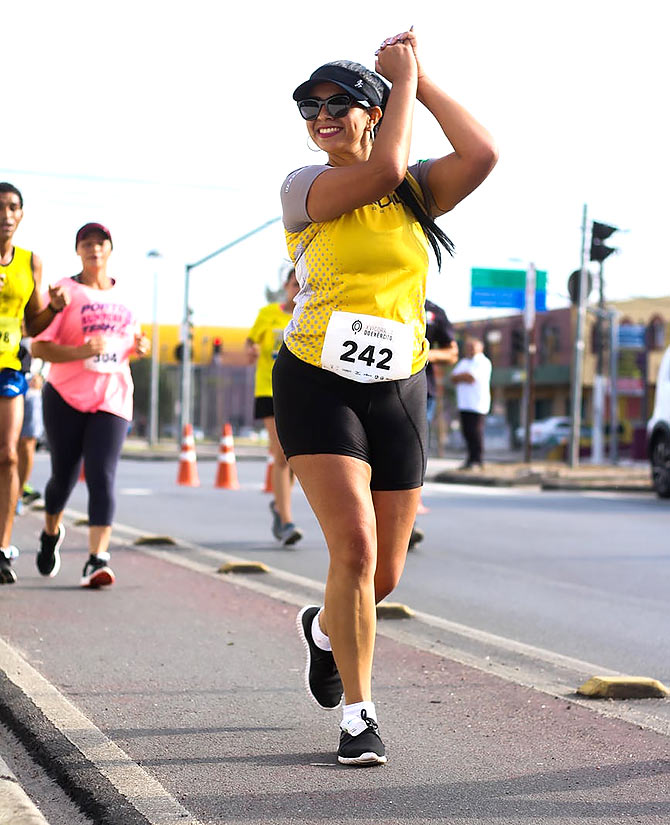 The New Year means it's time to set resolutions for 2020 and new research suggests running a marathon for the first time could have several health benefits.

The study found that for first-time runners, training and completion of the marathon was associated with reductions in blood pressure and aortic stiffening in healthy participants that were equivalent to a four-year reduction in vascular age, with the greatest benefits seen in older, slower male marathon runners with higher baseline blood pressure.

The study was published in the Journal of the American College of Cardiology.

'As clinicians are meeting with patients in the New Year, making a goal-oriented exercise training recommendation -- such as signing up for a marathon or fun-run -- may be a good motivator for our patients to keep active,' said senior author Charlotte H Manisty, MD, of the Institute of Cardiovascular Science at University College London and Barts Heart Centre in London.

The study also emphasised about the benefits of a marathon in slowing the ageing process, she said, 'Our study highlights the importance of lifestyle modifications to slow the risks associated with ageing, especially as it appears to never be too late as evidenced by our older, slower runners.'

Arterial stiffening is a normal part of ageing, but it also increases cardiovascular risk in otherwise healthy individuals by contributing to increased pulse pressure and ventricular overload, which are associated with dementia and cardiovascular and kidney diseases, even in the absence of plaque in the arteries.

Regular aerobic exercise is a lifestyle modification that has real-world implications, particularly with the growth in mass participation running as an increasingly popular form of non-prescribed exercise.

The researchers used a cohort of 138 healthy, first-time marathon runners from the 2016 and 2017 London Marathon.

They examined the participants before training and after marathon completion to determine if age-related aortic stiffening would be reversible with real-world exercise training.

All participants were recommended to follow the 'Beginner's Training Plan' provided by the marathon, which consists of approximately three runs per week that increase in difficulty for a 17-week period prior to the marathon.

However, the researchers did not discourage participants who wished to use alternative training plans.

The average marathon running time was 5.4 hours for women and 4.5 hours for men. When compared to training data and marathon completion times from 27,000 runners, these times were found to be consistent with a training schedule of six to 13 miles per week.

Overall, aortic stiffness reduced with training and was most pronounced in the distal aorta with increases in distensibility (i.e. the capacity to swell with pressure) of 9 per cent.

This amounted to the equivalent of an almost four-year reduction in 'aortic age'.

Older patients had greater changes with exercise training, with males and those running slower marathon times deriving the greatest benefit.

'Our study shows it is possible to reverse the consequences of ageing on our blood vessels with real-world exercise in just six months.

'These benefits were observed in overall healthy individuals across a broad age range and their marathon times are suggestive of achievable exercise training in novice participants,' Manisty said.