How this actor lost 8 kg in 2 months

After gaining weight for her upcoming film, Prachi Tehlan is training hard to get back in shape. She tells us how she lost 8 kilos in just two months.

Prachi Tehlan is an accomplished netball player. She'd captained the Indian team that represented the country at the Commonwealth Games in 2010.

The 25 year old who works in television and films believes in leading a fit and active lifestyle.

For her upcoming Malayalam film Mamamgam, Prachi had gained weight to play the role of Unnimaya. "I was 92 kg," she tells Divya Nair/Rediff.com.

After the shoot got over, the actor got back to her regime to lose all the extra weight she had gained.

The queen of the ring tells us how she lost eight kilos and stays fit and sexy. Prachi is a fitness freak. "I spend two to three hours in the gym," she tells us.   Photographs: Kind courtesy Prachi Tehlan/Instagram The actor tries a combination of workouts. "I do kickboxing, functional and yoga," she says. Besides working out, Prachi has been following a strict diet. "My diet generally consists of everything needed to fulfill my cravings and hunger."
"I avoid sugar, junk and extra salt," she says.

Prachi admits that odd and long working hours take a toll on her health. But she believes in finding time for everything.
'I try to follow the same regime. When the timing of the shoot is odd, it becomes a little difficult but I do try to eat healthy. I ask my nutritionist Kinita to prepare my diet according to the eating options available at the shoot." 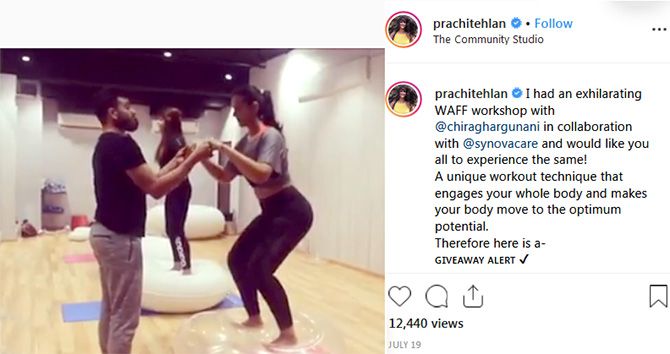 Prachi is also a foodie so she often does intermittent dieting and eats small, proportionate meals.
"I generally follow an intermittent diet, so 16 hours of fasting and 8 hours of eating works for me. During these 8 hours, I have 4 small meals." 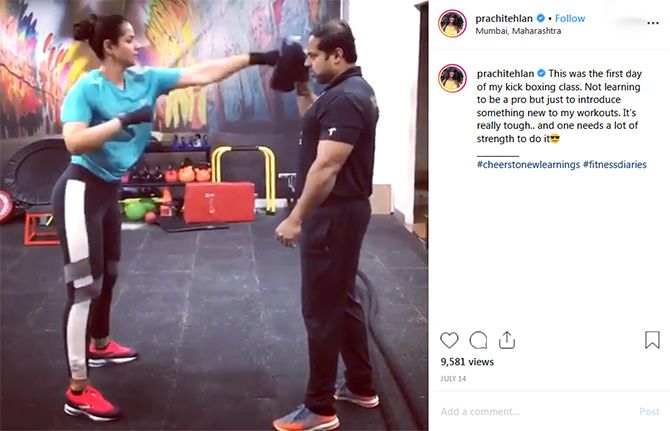 "Start your day with a glass of hot water with lime and honey. Try to eat healthy over unhealthy options. Eat in small portions depending upon your routine.. 4-6 meals a day is how you can divide your daily food intake."
"Find time for at least one hour of physical activity, be it gym, Zumba, walking, yoga, cycling, dancing or playing a sport." 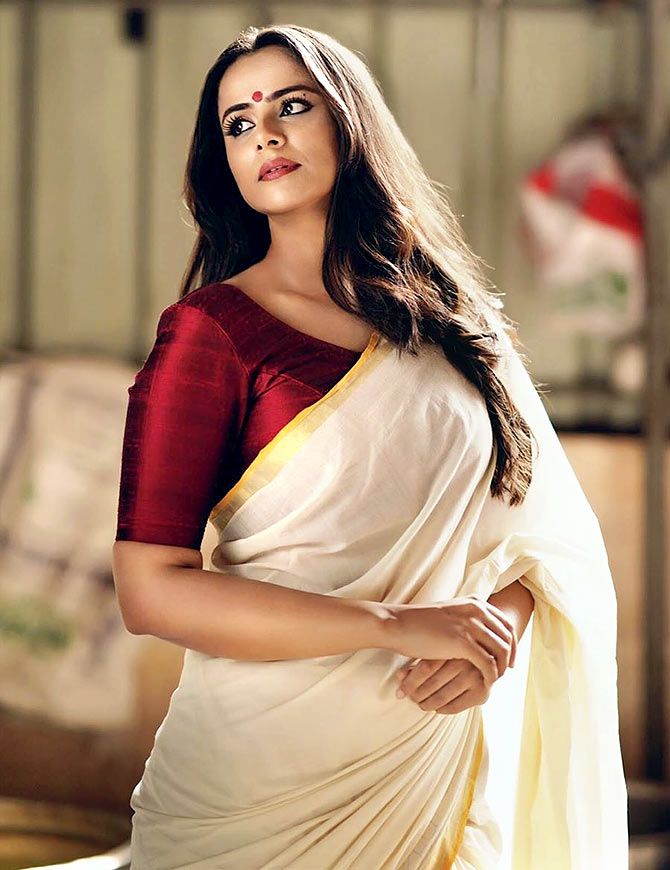 Talking about her transformation, she says, "Actors are also humans. I gained 8 kg for Mamangam. I was 92 kg. I gained weight because it was the character's requirement. Being fit is a personal choice. It makes you feel good. But everyone has a different body. What’s good physique for you might not be the same for another. It doesn't matter if you are fat or slim. What matters is for you to feel happy and healthy in your body and mind." 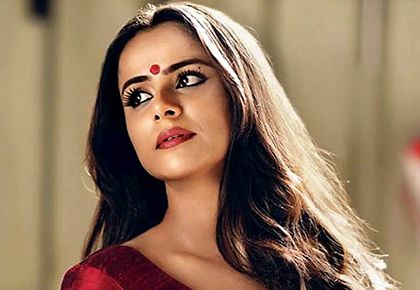 TELL US: How do you stay fit and healthy? Share your tips in the messageboard below.