Don't forget to bring your yoga mat and beer bottle to this class.

The latest trend that's catching up in Australia is 'beer yoga'.

As the name suggests, it is about doing yoga with a bottle of beer placed in front of you.

If you're wondering what you do with the bottle, here's the answer: every time a participant manages to complete a yoga routine successfully, s/he can take a sip of beer from the bottle.

Scroll down to see what it's like to do beer yoga. 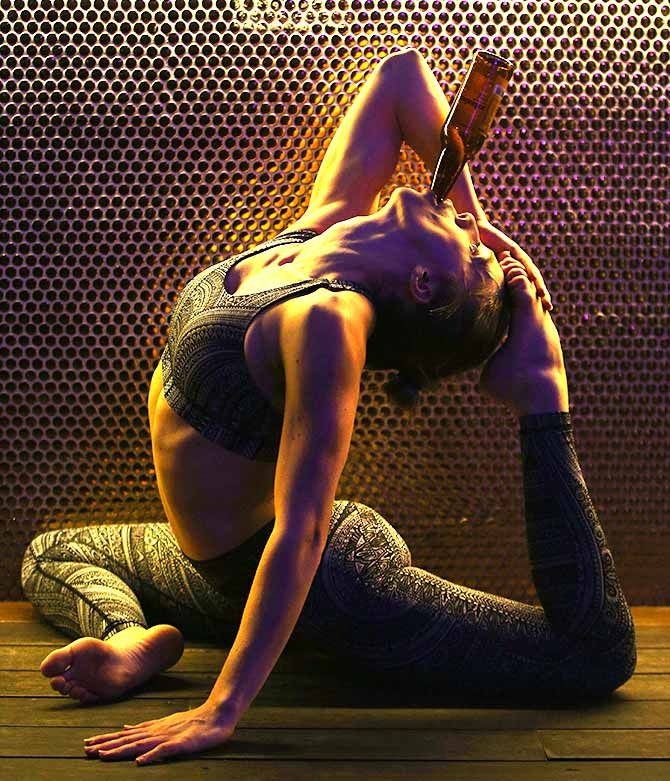 How about chugging beer while attempting a stretch? 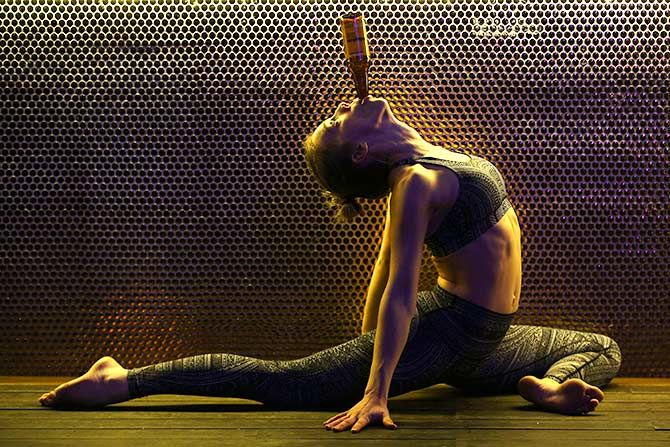 Holding that bottle upright when you twist your body into another stretch may not help you burn calories, but it will definitely improve your concentration. 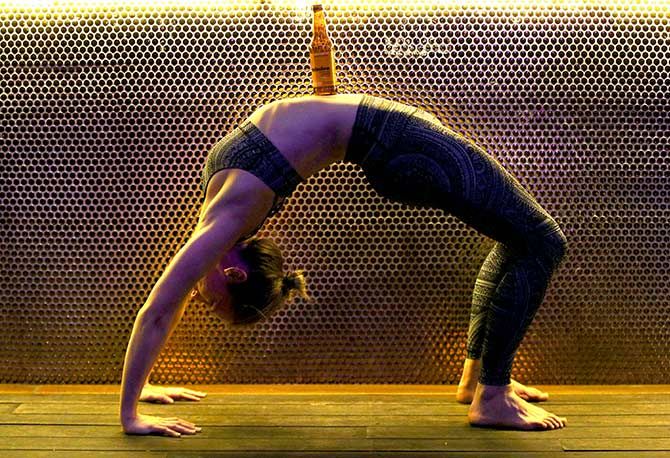 It's takes some art and patience to balance a bottle on your tummy when doing the table top pose. 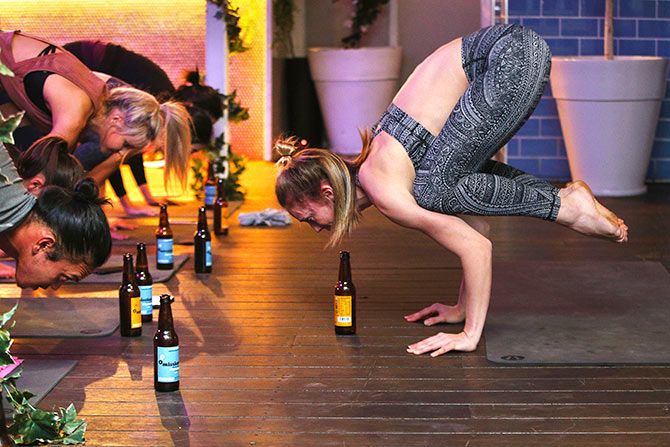 Need motivation to lift your body? Just try keeping a beer bottle in front of you. 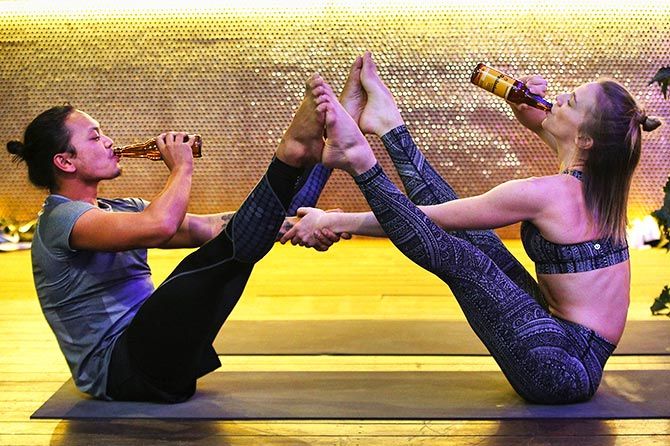 Beer yoga was first introduced in Berlin. It later made its way to the Australian shores. 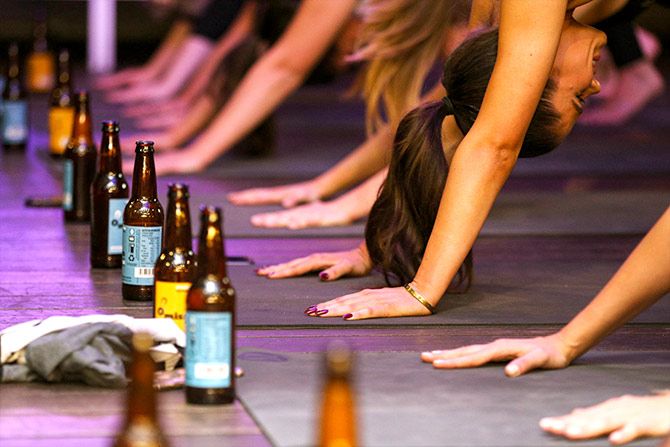 You can call it a marriage of two great loves -- beer and yoga. Participants take a sip of beer as they do chakravakasana (cat-cow stretch). Wonder if people need to carry their ID cards as age proof to attend this session! 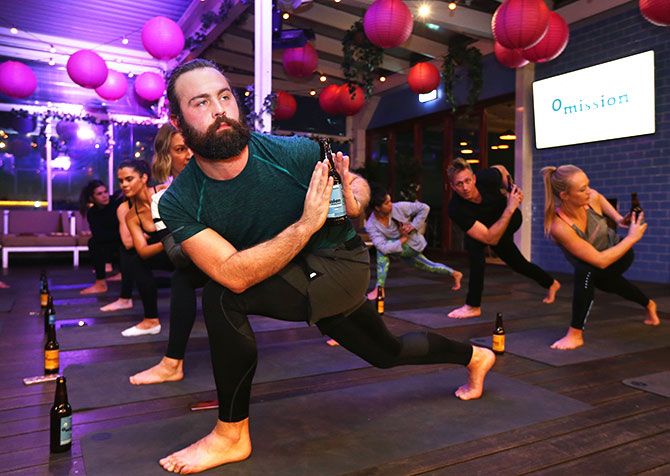 Model Shane Holloway does a stretch while carefully balancing a beer bottle between his palms. Participants meditate as they focus their attention on the beer bottle. 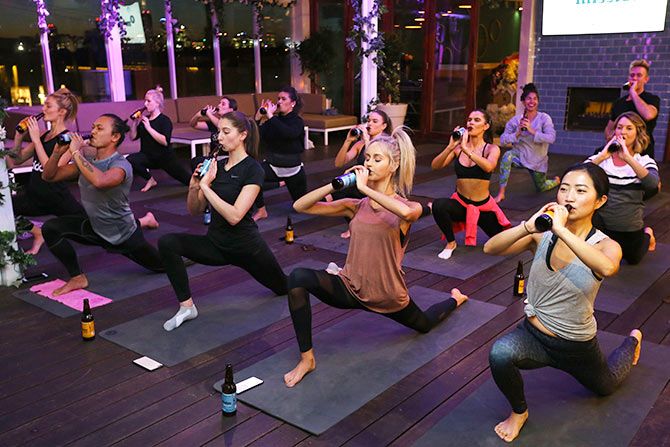 According to yogis, when done under supervision, beer yoga is supposed to combine the philosophies of yoga with the pleasure of drinking beer. It helps participants reach their highest level of consciousness. Participants take a sip of beer as they attempt garurasana (the eagle pose). 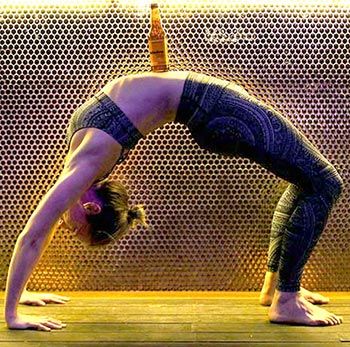