Not just the red carpet. Hollywood awards love to have Priyanka Chopra up on stage.
And with the Golden Globes, the Bollywood actress returns as a sought after presenter for a second awards season.
Who does PeeCee trust to get her stage ready for international awards?
Monali Sarkar introduces you to her go-to designers. 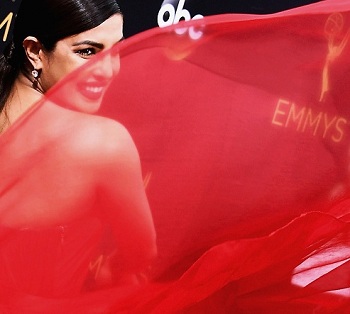 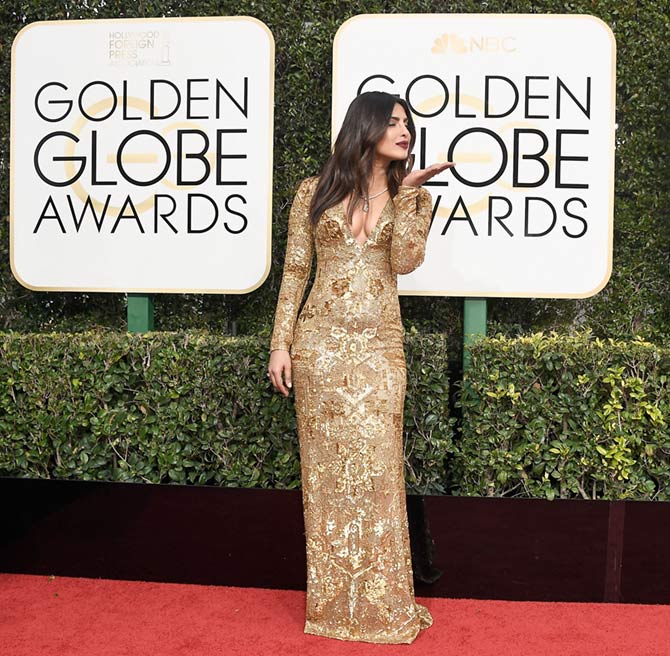 For her Golden Globes debut on January 8, 2017, Priyanka Chopra chose a glittering column of hand-embroidered gold by Ralph Lauren and jewellery by American designer Lorraine Schwartz.

The actress, along with actor Jeffrey Dean Morgan, presented the award for Best TV Actor-Dama to Billy Bob Thornton for Goliath.

Love it or hate it? Vote for PeeCee's Golden Globes look 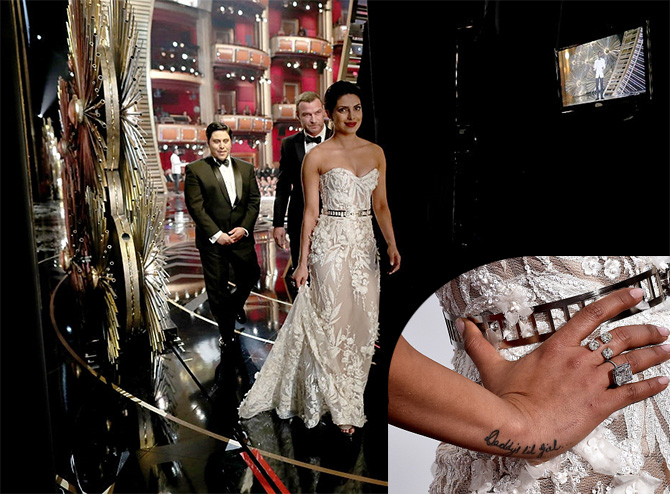 For the Oscars in February last year, PeeCee told E! News that she wanted 'to be comfortable' and wear 'something that lasts all evening -- it's not ripping.'
She chose a 'naked' dress by Lebanese designer Zuhair Murad and people loved the sweetheart neckline and the delicate detailing.

How Priyanka prepared for the Oscars 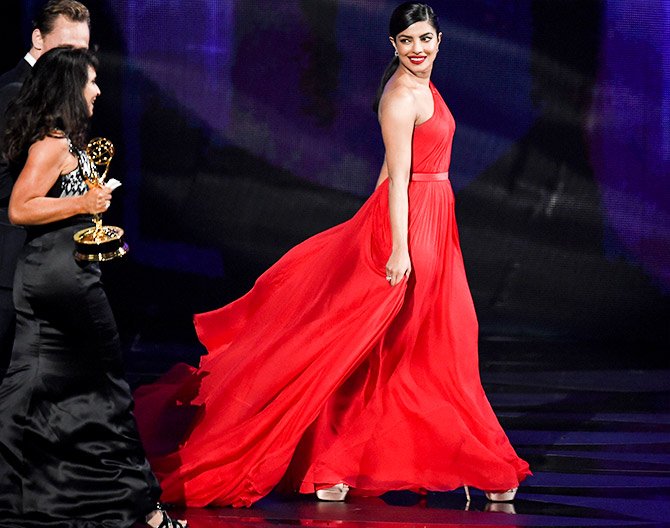 The scarlet Jason Wu gown Priyanka chose for the Emmys in September 2016 was perfect for a red carpet twirl.
She captioned it perfectly as 'emoji chic'.

The actress paired it with discreet Neil Lane jewellery (discretion, as it often does, came at a steep price -- about $1 million) to let the dress do the talking.

That evening she joined actor Tom Hiddleston to present the Outstanding Directing For A Limited Series, Movie Or Dramatic Special Award to Susanne Bier for The Night Manager, in which Hiddleston played the lead.

Priyanka Chopra: I am looking for global domination 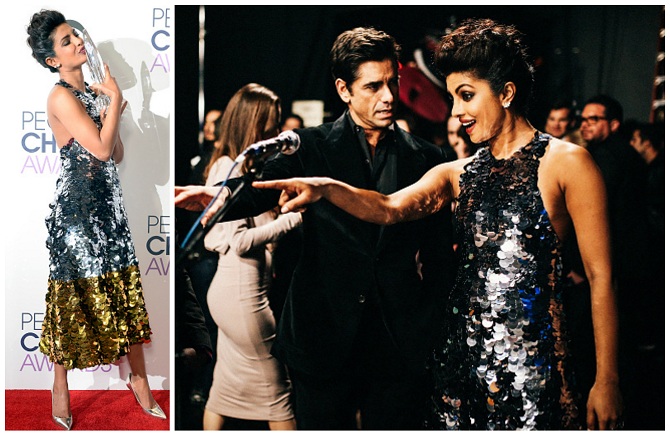 PeeCee was her dazzling self in a sequinned Vera Wang paired with envy inducing Jimmy Choo shoes at the People's Choice Awards in January 2016.
She topped these with Leticia Linton and Anita Ko earrings, and Djula and H Sternrings.
Priyanka not only presented an award -- with actor John Stamos to actor Vin Diesel for Favourite Movie -- she also received the Favourite Actress in a New TV Series award for Quantico. 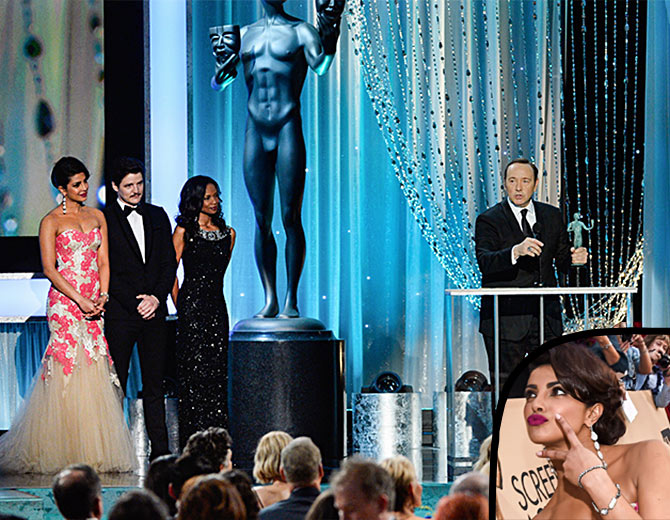 The tulle-bottomed mermaid gown she picked for the Screen Actors Guild Awards in January last year was designed by Monique Lhuillier -- a California designer best known for her bridal wear -- and accessorised with jewellery, inset, by New York designer Kimberly McDonald, whose creations have been worn by American First Lady Michelle Obama in the past.

Priyanka, left, with actor Pedro Pascal, second from left, presented the Outstanding Performance by a Male Actor in a Drama Series award to actor Kevin Spacey, right, for House of Cards. Priyanka picked an Atelier Versace gown with a daring strap and Antonini earrings for her presenter look at the Billboard Music Awards in May 2016.
Her stylist told The Times of India 'We wanted to strike a balance between something very bold and daring while still maintaining an edge of sophistication.' Priyanka is styled for the international red carpet by power stylist Cristina Ehrlich, left, whose clientele includes Penelope Cruz, Brie Larson and Tina Fey.
The duo was spotted on the InStyle Awards red carpet in October 2016 when PeeCee was adjudged the Breakthrough Style Star.