News
Business
Movies
Sports
Cricket
Get Ahead
Money Tips
Shopping
Sign in  |  Create a Rediffmail account
Rediff.com  » Getahead » Why is this fashion legend looking for the imperfect man?

Why is this fashion legend looking for the imperfect man?

Donatella Versace brought sexy back with her latest collection, which was a gift to the average man (and woman).

Fashion designer Donatella Versace has a new tagline: 'Believe in individuality and the freedom to be whoever you want to be.'

'I want a man who is imperfect,' she said minutes before unveiling her latest collection, which was a gift to the average person.

The designer, who presented the collection at the Milan Fashion Week, tried to revive 90s fashion by giving a huge nod of approval to knee-length boots, baggy denim pants and waistcoats.

Scroll down to take a look at some glimpses from the evening. The designer with queer South African duo Fela Gucci and Desire Marea backstage before the start of her show. 'The music from today's show was from the super FEARLESS @felagucci & @desiremarea! Thank you guys!' the designer captioned this pic. Photographs: Courtesy Donatella Versace Meet her showstoppers Bella Hadid and Kendall Jenner. 'It was a menswear show but these TWO GODDESSES walked the runway for me today! Thanks Bella and Kendall.' 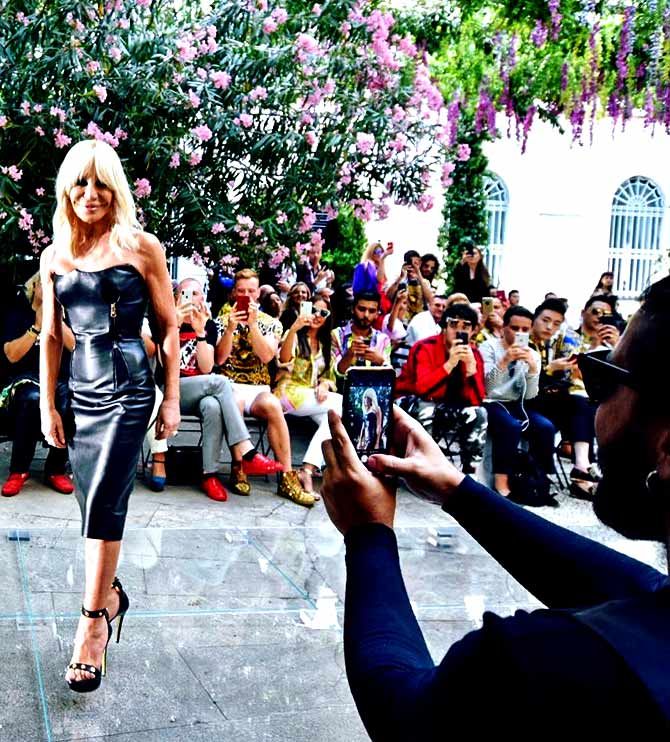 The designer walks the ramp during the show as the excited guests try to take a pic of her. 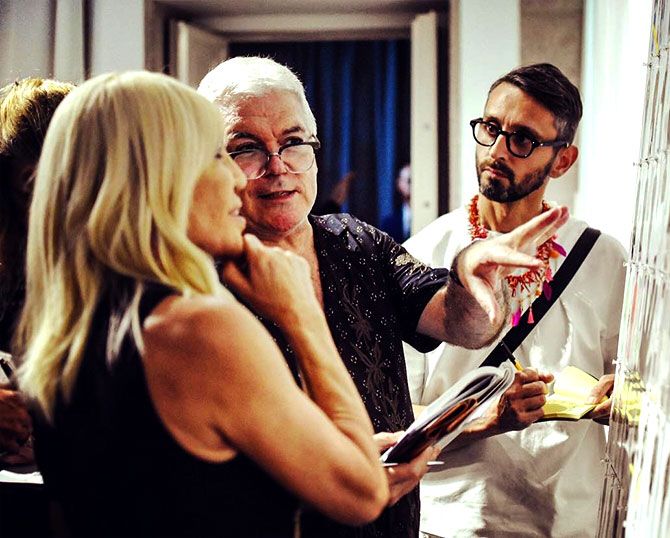 Donatella with fashion editors Tim Blanks and Simone Marchetti before the show. 'The Versace man expresses himself through his clothes without holding back, his movement is always effortlessly powerful, as he pushes every boundary and never lets go of his sense of humour. He's bringing sexy back,' the designer revealed. Kendall Jenner poses in a classic dress from the Versace collection before the show. It was a men's wear collection, but the show featured several female models too as the designer has always believed in blurring the lines between what men and women can wear. Photographs: Tristan Fewings/Getty Images 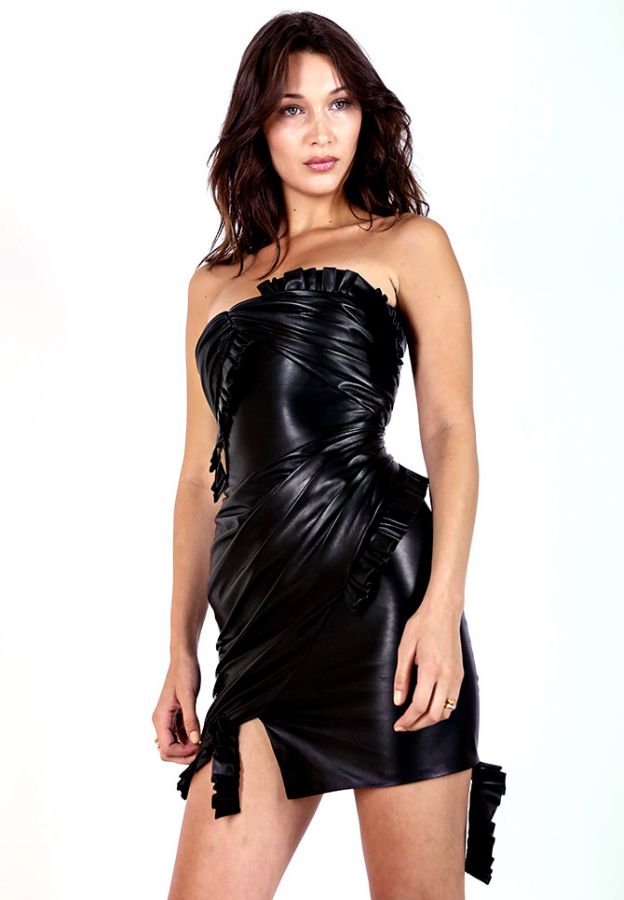 Along with Kendall, Bella Hadid too made a comeback on the Versace ramp this season. The model was dressed in a leather mini-dress. Baggy pants are back. And so are prints. 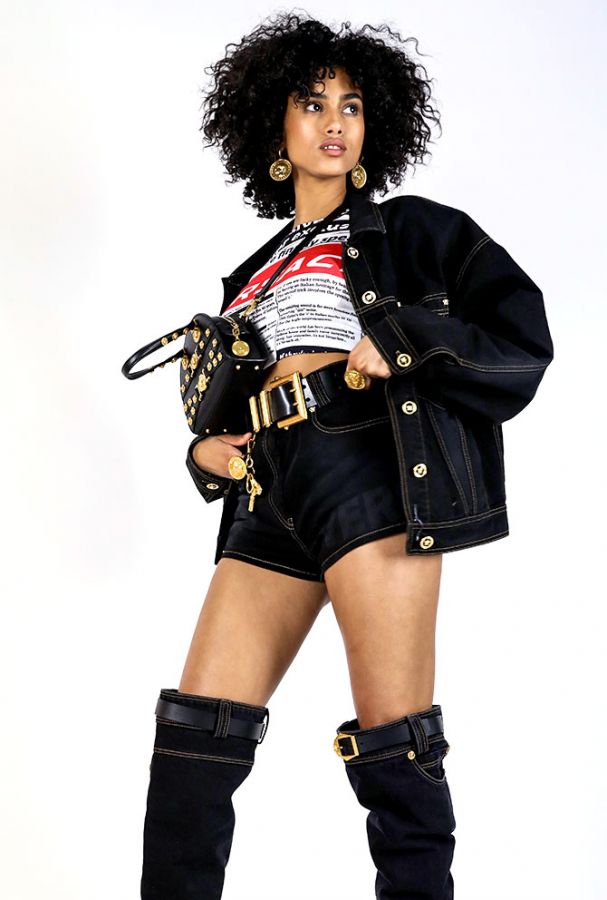 A model dressed in denim separates. Snake print got a new meaning with Donatella using the print on clothes, hats, bags and even belts. Photos! Sexy red carpet looks that are too hot to ignore 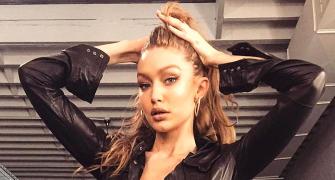 Why is supermodel Gigi Hadid guilty? 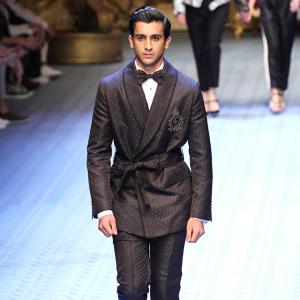 The Indian maharaja who walked the ramp for Dolce & Gabbana 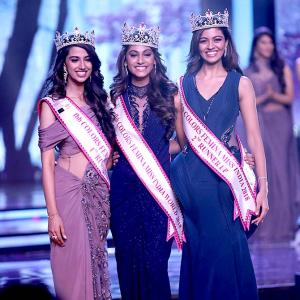