What a drag! Sunil Grover takes to the runway for Mandira Bedi

The popular television actor was not exactly who we were expecting at the end of a fashion show but boy did he rock! Sunil Grover, better known for his role as a drag queen Gutthi in Comedy Nights with Kapil, closed the show for actress-turned-designer Mandira Bedi at Myntra Fashion Weekend. The actor looked much at ease in a pink and glittering silver sari and a pair of running shoes and even broke into a gig! :-) Mandira who's made her debut as a designer earlier at Lakme Fashion Week showcased her latest collection of saris here. There were shimmering saris... 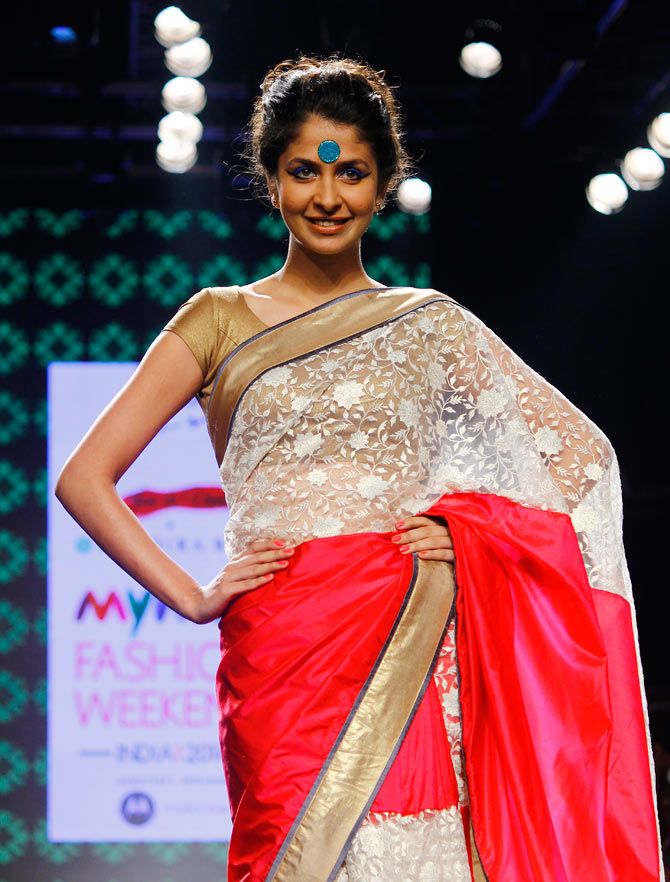 Ones that could be worn with the spaghetti-strap blouse that Mandira made famous. Or ones without any strap whatsoever! :-) We could not get our eyes off this one. But the star of the show clearly was the designer who ditched the sari and opted for this oh-my-god figure hugging spaghetti top and a pair of jeans instead! :-P

More from the Myntra Fashion Weekend!

The hottest beachwear on an Indian runway

Sushmita Sen nails it in a pair of super high heels!

Monica Dogra likes her men on a platter

More from our glamour section here!