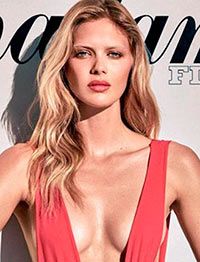 These girls will storm the runway in sexy lingerie.

And we are back!

In the second part today, we present nine more faces who will rule the ramp like bosses at the upcoming Victoria's Secret Fashion Show this year.

Find out who appeals to you the most. IMAGE: Garland-born (Texas, USA) Jourdana Elizabeth's edgy look and cropped Afro hairstyle is sure to get your attention. She can pack a punch of unabashed confidence at the upcoming Victoria's Secret Fashion Show. She has signed with Major Models in New York and Supreme Management in Paris.

Claim to fame: She made her debut at the Yves Saint Laurent fashion show in Paris this year. 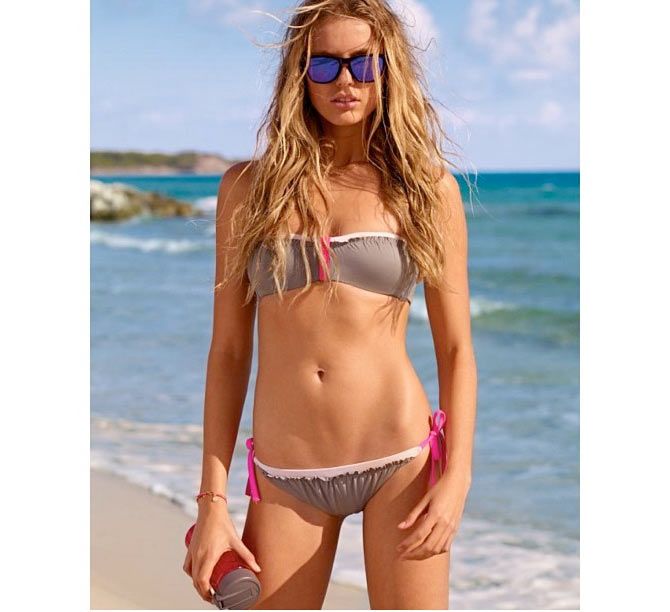 IMAGE: That sun-kissed glow and beachy blonde waves will make you fall in love with her!
A surfer girl, Keke Lindgard always dreamt to becoming a model. And when Lady Luck smiled, a scout discovered her in Hawaii. Keke was just 15 then. IMAGE: Brazilian bombshell Lais Oliveira grew up watching Victoria's Secret fashion shows. Since then, she always aspired to pursue modelling.
Highly inspired by Victoria's Secret longest running angel Adriana Lima, this green-eyed beauty made her entry into the world of fashion at the age of 13.

Claim to fame: Along with several editorial shoots for Vogue, she has also walked for brands Chanel and Yves Saint Laurent at New York Fashion Week and appeared in one of Lacoste's campaigns. 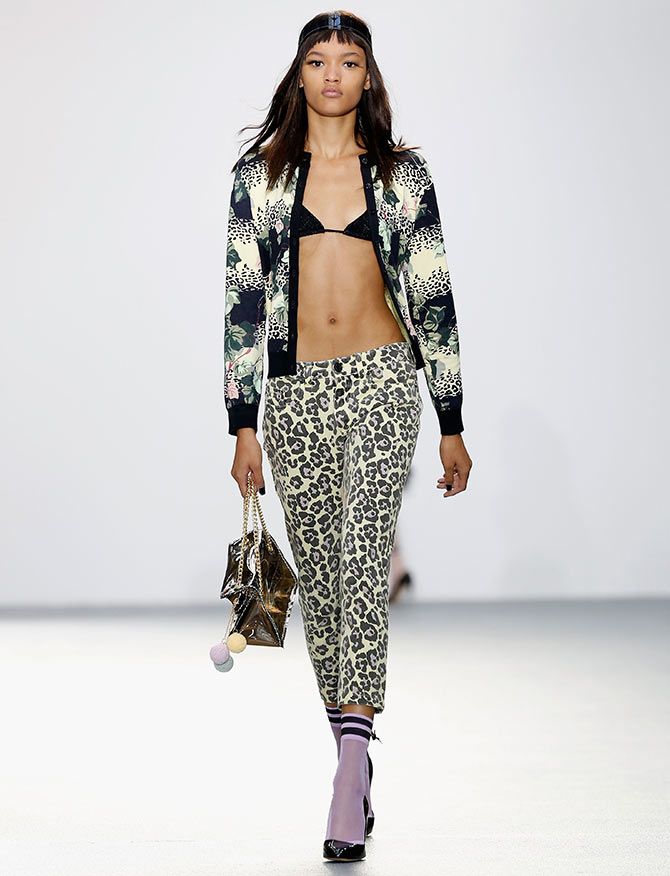 IMAGE: Maryland native Lameka Fox was training horses with her family until the modelling bug bit her. She was spotted through Instagram scouting campaign 'Love Your Genes' hosted by IMG Models.
A big fan of Rihanna's chic sense of style, Lameka indulges in yoga to maintain her slender frame.

Claim to fame: Her favourite runway moment was when she modelled for Valentino in Paris for its Spring/Summer 2016 collection. Along with this, she has also appeared on the ramp for labels Stella McCartney, Burberry Prorsum, Moncler Gamme Rouge and Miu Miu, to note down a few. IMAGE: 'Sometimes people say I look like if Angelina Jolie and Miranda Kerr had a baby,' said 22-year-old model Luma Grothe in an interview to Women's Wear Daily (WWD).
Well, her luscious lips and facial features have slight resemblance. Blessed, isn't she?

Claim to fame: She's featured in multiple international editions of Glamour, Elle and Vogue and even posed as cover girl for glossies like Grey Magazine and Vogue Italia. IMAGE: Born and raised in Columbus (the United States), Maggie Laine was spotted on Facebook by Georgia-based photographer Sammie Saxon. In her very first modelling assignment in 2013, she turned into a cover girl for L'officiel Singapore. Her favourite style icon is Kate Moss and has a big fetish for shoes.

Claim to fame: She has done editorial photoshoots for Elle, Vogue and Marie Claire and walked for designers Jeremy Scott, Oscar de la Renta, Nina Ricci and Wes Gordon, to name a few. 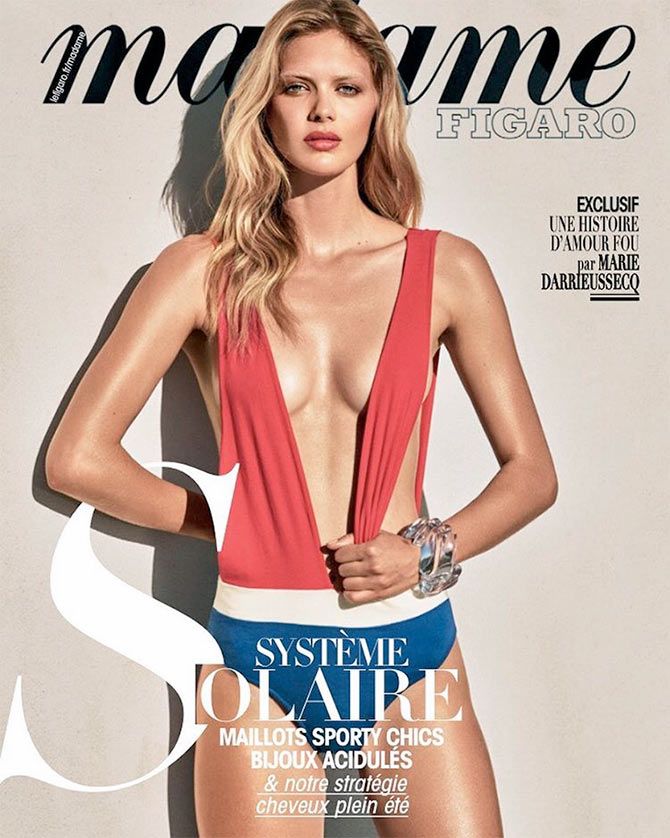 IMAGE: British blonde beauty Megan Williams was eating at Mc Donalds when someone came up to her and said, 'Would you like to join our little fashion show in the hometown mall?' (as told to FNM). And that's how her journey as a model began.
A cook and a chocolate addict, Megan maintains her killer physique by doing pilates.

Claim to fame: She has done seven campaigns for brand Guess and has also graced the glossy pages of Elle, Marie Claire, Glamour, etc. IMAGE: Xian Wen Ju, 27, has been giving adorable fashion moments for the last five years. A green-tea addict, Xian indulges in boxing and yoga to keep herself fit. If not modelling, she had dreamt of becoming a ballet dancer.

Claim to fame: She is the new face of L'oreal Paris. She has walked for Hermes, Prada and Louis Vuitton in Paris and Milan and worked on fashion advertising campaigns for Dior, Kenzo and Marc Jacobs. 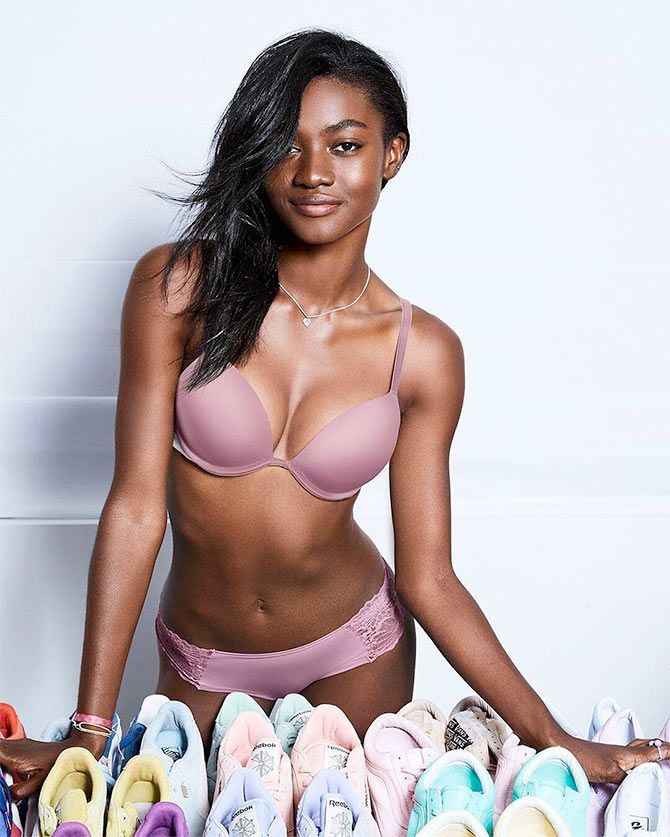 IMAGE: From working at a cafe in a playground to scorching glossies, Zuri Tibby, 21, has come a long way. The first black spokesmodel of Victoria's Secret PINK range, Zuri's striking features sets her apart from the other models. She entered modelling when she was 15.

Claim to fame: She was a part of the FENTY for Stance sock campaign with pop singer Rihanna. She also has done editorial shoots for Teen Vogue, Interview and Cosmopolitan. 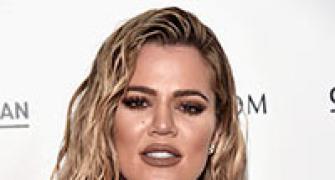 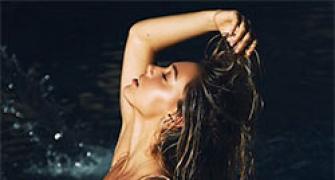 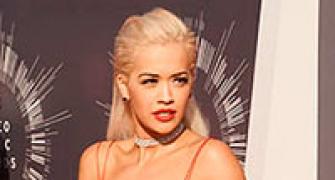 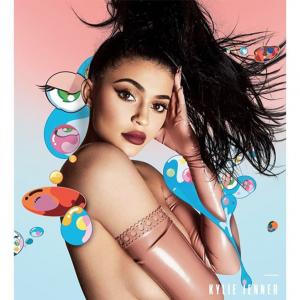