The Lakme ambassador completes 20 years in Bollywood this year. If you have been following Lakme Fashion Week, you'd know why Kareena Kapoor Khan is the ultimate runway queen.

The 39 year old has been the ambassador for the beauty brand since 2011.

As the brand completes 20 years in fashion, the Bollywood diva who will turn showstopper for Amit Aggarwal at LFW's grand finale on February 16 at Mukesh Mills, penned an emotional note reminiscing her journey:

"Every year I get to represent Lakmé at the biggest fashion platform in the country and I eagerly wait for that one phone call that reveals the season's beauty statement, the finale designer and the new line of makeup that I get to try before anyone else!' Kareena shared.

"I absolutely love the thrill of walking down a runway and while I’ve been at so many fashion events in the country and in my career worked with so many designers, the Lakmé Absolute Grand Finale holds a place like no other in my life."

Kareena went on to explain why 2020 is special for her.

"It is my 20th year in Bollywood and coincidentally it's also the 20th year of Lakmé Fashion Week. It’s been a fabulous journey and I really thank everyone for all the support I’ve received in my 20 years in the industry!"

The actor sounded excited about revealing the brand's new 3D makeup line at the grand finale in Mumbai. "It’s going to be a night to remember, see you there!"

As we celebrate Kareena's success, presenting a round up of some of her best showstopping looks from the runway.

Her runway debut at LFW IMAGE: In August 2011, Kareena made her runway debut as she walked for Manish Malhotra in a champagne silver kalidaar. Photograph: Rajesh Karkera/Rediff.com 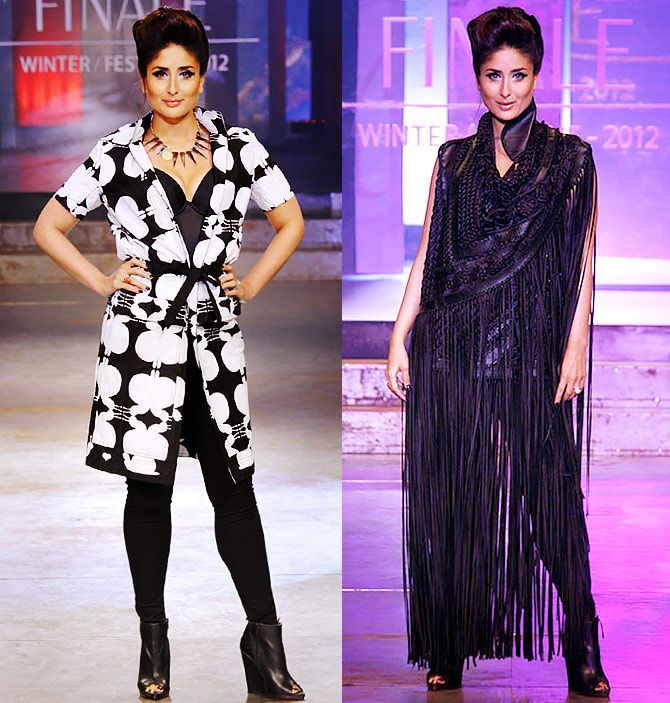 IMAGE: In 2012, Kareena turned showstopper for two designers -- Kallol Dutta and Pankaj and Nidhi at the finale. She first wore a hoodie tunic and black body suit from Dutta's collection and then reappeared in a dramatic leather tasselled Pankaj and Nidhi creation.Photographs: Rajesh Karkera/Rediff.com Rocking her bump in a Sabyasachi IMAGE: It was a rare moment in history when designer Sabyasachi Mukherjee, who doesn't believe in having showstoppers, chose to work with Kareena. It was special also because Kareena was pregnant and proudly embraced her bump on the ramp, setting a new high for working mothers. Photograph: Hitesh Harisinghani/Rediff.com

Inspiring return to the ramp IMAGE: The following year, less than two months after she delivered Taimur, Bebo returned to the ramp walking for Anita Dongre at the finale.
'I am walking the ramp just 45 days after giving birth to my son. I don't think that it was a big deal to do. I was happy when I was approached with the idea,' Kareena had told PTI. Photograph: Hitesh Harisinghani/Rediff.com IMAGE: In 2018, Kareena turned entrepreneur as she launched her own makeup line based on the theme 'Shades of a diva' which she showcased along with designer Monisha Jaising. From her runway debut in 2011, Kareena has definitely come a long way in her fashion journey. Photograph: Hitesh Harisinghani/Rediff.com 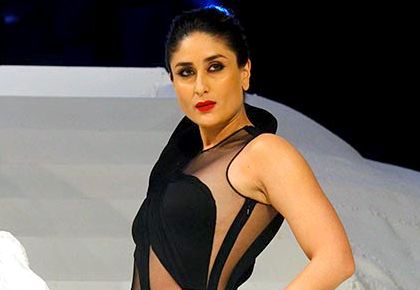