Less than two months after she delivered Taimur, Lakme ambassador Kareena Kapoor made a confident sweep down the ramp at Mumbai's 17th century Bandra Fort to wrap up one of India's biggest fashion weeks. We like her spunk!

Rediff.com's Rajesh Karkera and Hitesh Harisinghani bring you the pictures.

The best was kept for the last!

The Lakme Fashion Week came to a close with a bang, as ace designer Anita Dongre presented her collection which comprised splendid garments in whites.

The models strode down the ramp like fairies, dressed in white from head to toe. The Bandra Fort served as the dramatic backdrop for the show.

Leading the pack was the ever-gorgeous new-mom Kareena Kapoor, who was glowing post her pregnancy. Last season, she'd made headlines walking for Sabyasachi Mukherjee in her baby bump.

The makeup for Dongre's show was by Donald Simrock Lakme Official make-up artist, hair by Bed Head by TIGI, and the show was choreographed by Lubna Adam.

Scroll down to see the pics from the mesmerising show! IMAGE: Notice the glow on Kareena's face?
'I am walking the ramp just 45 days after giving birth to my son. I don't think that it was a big deal to do. I was happy when I was approached with the idea,' Kareena told PTI.
Photograph: Rajesh Karkera/Rediff.com 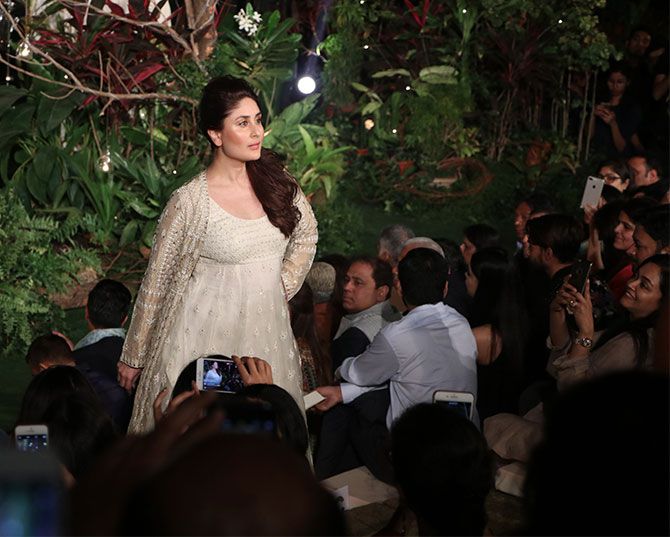 IMAGE: She was grace and confidence personified.
All photographs (below): Hitesh Harisinghani/Rediff.com 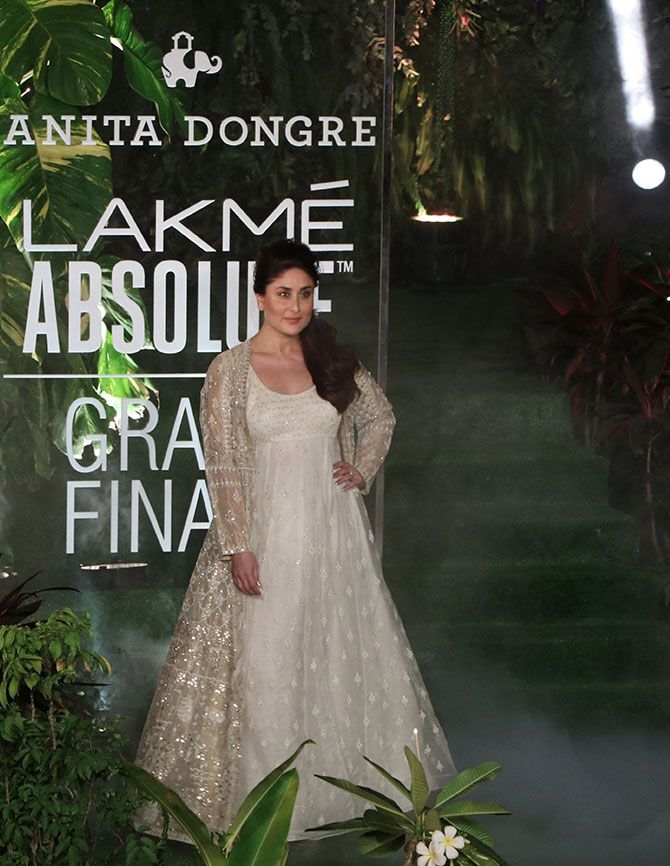 IMAGE: 'Walking for Lakmé at the Grand Finale this season was extra special as it was my first runway appearance as a new mother,' the actor told the media. 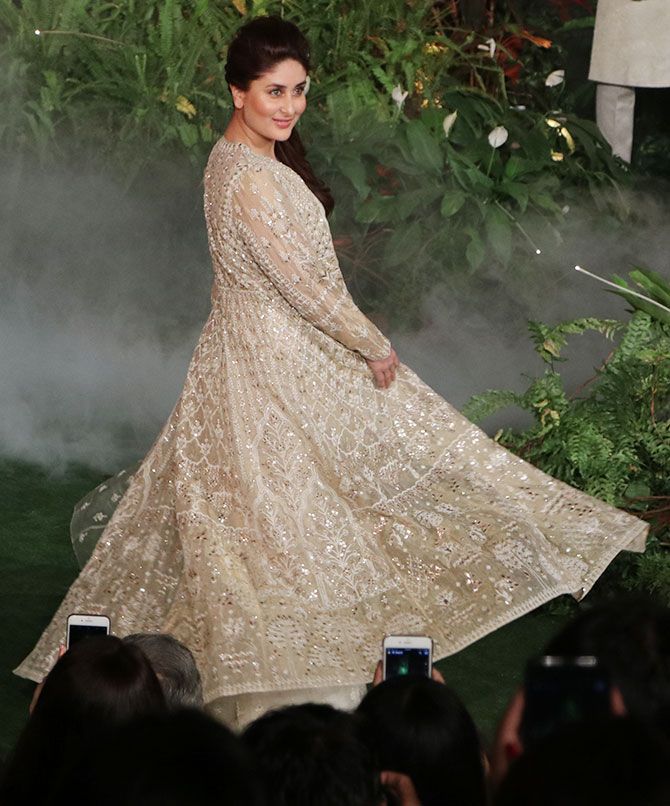 IMAGE: Look at her twirl!
Kareena's outfit had a long off-white jacket with intricate embroidery and embellishments. The actor gladly twirled to let people get a closer look of it. IMAGE: Model Candice Pinto seems to be asking the photographers to take a closer look at her lovely jacket. IMAGE: The collection also had some enchanting dresses like these ones worn by the models. IMAGE: Model Sucheta Sharma walks down the ramp in a silhouette in glazed gold. 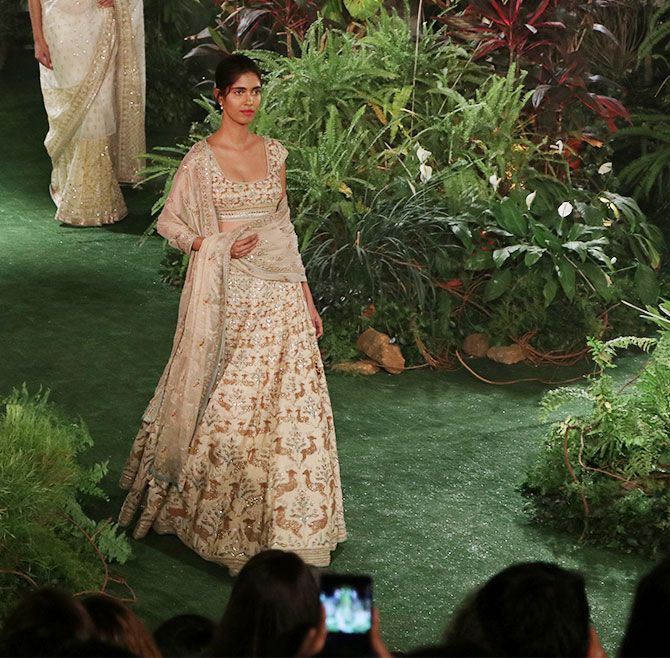 IMAGE: The collection was inspired by Rajasthan. 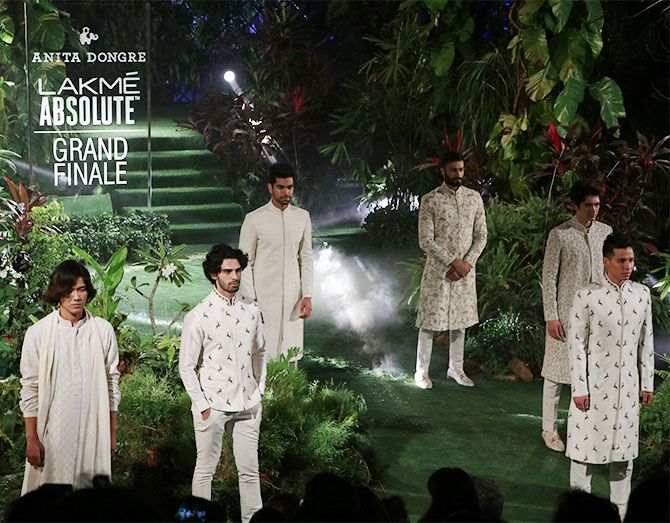 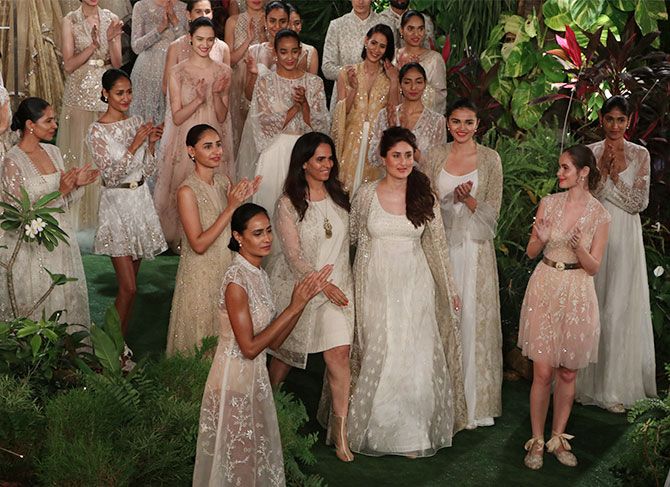 IMAGE: As the models cheer for the duo, Anita Dongre and Kareena Kapoor walk down the ramp.
Related News: Lakme Fashion Week, Bindaas Bebo
SHARE THIS STORYCOMMENT
Print this article 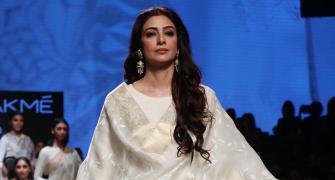 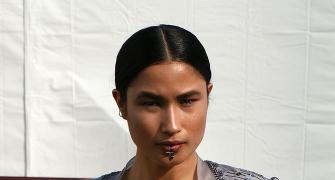 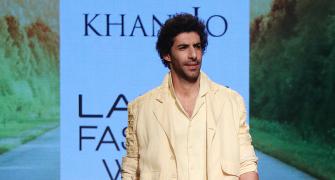 Look who hijacked the ramp 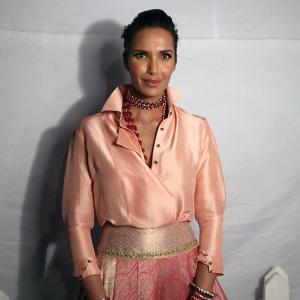 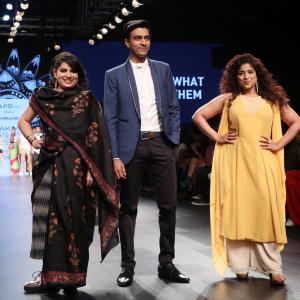