While they were just launched as GenNext designers at LFW, Saaksha and Kinnari have been dressing Bollywood's leading ladies for long now.

Their designs have been worn by B-Town celebs like Aditi Rao Hydari, Vidya Balan, Shraddha Kapoor and Kalki Koechlin, to name a few. The designers after show at LFW.

Saaksha Parekh, 28, has a educational background in law.

Kinnari Kamat, 34, is her sister-in-law, who has been creating embroidery swatches for some of the best fashion houses like Elie Saab.

Both were exceptional in their fields, and when they joined hands, they began to weave magical tales.

The duo got their first big break when Aditi Rao Hydari wore their ensemble for the India Today Women's Summit.

"Her choosing to wear our creation was a pivotal moment for us in terms of brand recognition," says Saaksha.

Their inspiration comes from observing other cultures, tribes and infusing them into their own sensibilities.

It comes as no surprise that the duo is also fascinated with old-time warriors and their armour in terms of the metal and badla embroideries -- some of their inspiration spills over to the designs they create.

In an email interview with Anita Aikara/Rediff.com, they talk of their label, collection at LFW and the future of fashion in India.

Dries Van Noten. He is a master when it comes to bold prints.

Back in India, Sabyasachi Mukherjee is our idol.

He has reinvented the wedding attire and continues to push the envelope in terms of creativity and elegance.

This season, the starting point of our story comes from the idea of equipping a woman with everything she needs on her journey to self-discovery.

This is the woman, who is aware of her strength and treats her clothing as an armour -- psychological or otherwise.

The collection works hard to bring out the dualities that exist in each of us.

There is a feminine delicacy in the signature badla work, but when it takes on a geometric grid-like pattern, its masculine energies come into play. Aditi Rao Hydari dressed in one of their creations.

The top trends in fashion will be mirco-pleating in skirts and dresses, the waistcoat will be back with a bang and so will bold floral motifs.

Fashion is the armour to survive the reality of everyday life.

Sonam for putting fashion on the map.

I don't think it's right to criticise anyone purely on their fashion sensibilities. Choosing an outfit purely because you think it looks good without understanding whether or not it fits your body type.

Not dressing age appropriately is also another mistake

The silliest fashion trend has to be the detachable jeans. Even Gigi Hadid couldn't make it trendy.

The future of fashion in India

Fashion in India is at its most exciting.

Designers are pushing the boundary and exploring more with Indo-western styles and silhouettes.

We have learned to embrace our own heritage whilst exploring other cultures and traditions and fusing the different aesthetics. 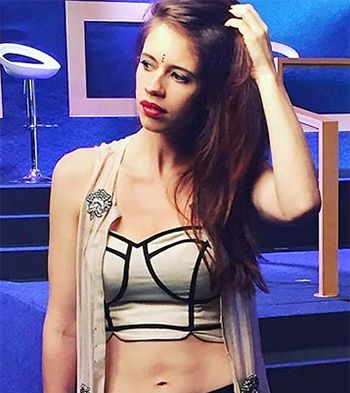