The singer announced the news on Instagram with a pic of her gorgeous ring. The 49-year-old singer is on cloud nine following the romantic surprise, reported People.

'Jennifer is ecstatic and so are their families and friends. Very few people knew Alex planned on proposing.

'It was very much a surprise for Jennifer. It was just how Alex wanted it,' a source told People.

Talking about how Rodriguez's decision of popping the big question during the couple's romantic getaway was 'very fitting,' the source explained, adding that the destination 'has always been very special to them.' 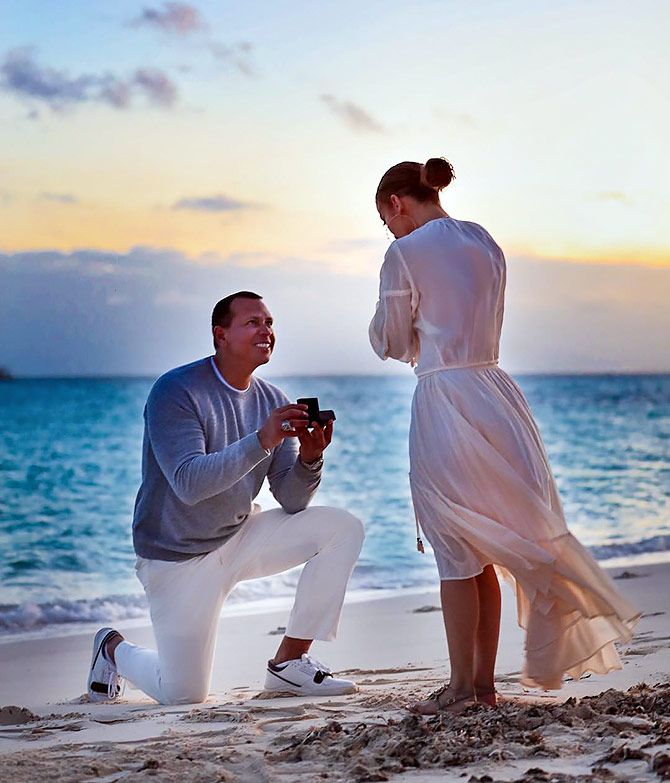 'Very early on in their relationship, they snuck away to the Bahamas to get to know each other in privacy,' the source revealed.

The duo announced the happy news of their engagement on Saturday, sharing matching photos of Lopez wearing her stunning diamond engagement ring as Rodriguez can be seen holding her hand in the picture.

Lopez’s manager Benny Medina also confirmed the news, while Rodriguez's rep Ron Berkowitz told People on Saturday, 'They are on vacation and got engaged today.'

The source added that 'they will enjoy their engagement for a few days before they head back to work. They have no wedding plans yet.'

The pair have never shied away from showering love and praise for each other, and the source said they're 'very much soul mates.' IMAGE: The couple are currently on a holiday in Bahamas.

'They are incredible together. Very much soul mates that bring out the best in each other and are so supportive of each other.

'From the start, they moved very quickly. Their relationship was always very passionate. Jennifer quickly fell very hard for Alex.

'And she quickly started planning for their future,' the source added.

The source also shared that 'there were talks about an engagement from early on,' Lopez then 'realized that she wanted to live more in the moment' and 'wanted to enjoy what they have together with the kids.' 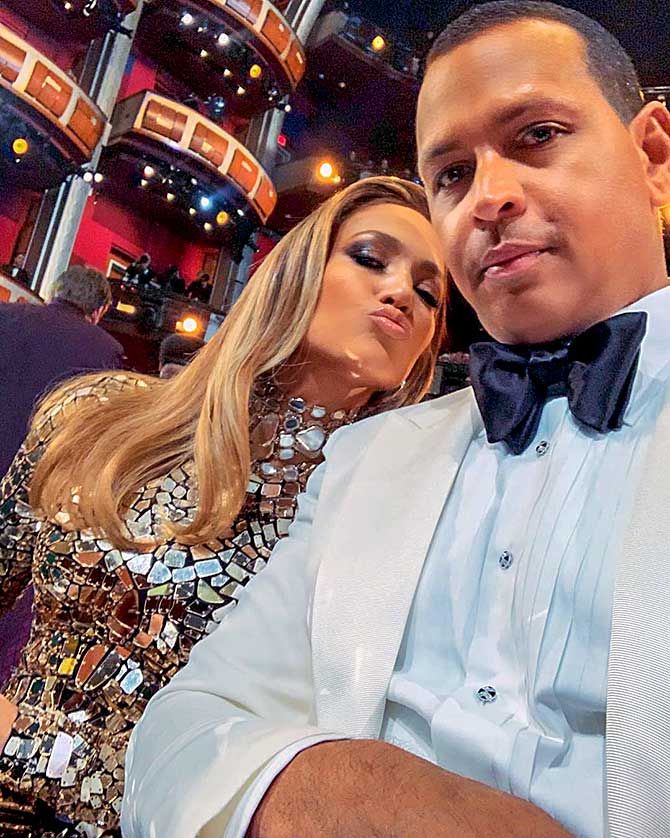 IMAGE: The duo announced the happy news of their engagement on Instagram, sharing matching photos.

Lopez and Rodriguez were first linked in March 2017 and have been going strong ever since.

In 2018, while accepting the Michael Jackson Video Vanguard award at the 2018 MTV Video Music Awards, Lopez had called the former MLB star her 'Twin Sole'. 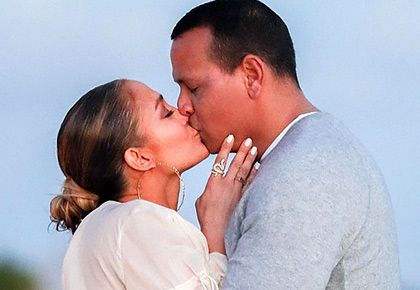